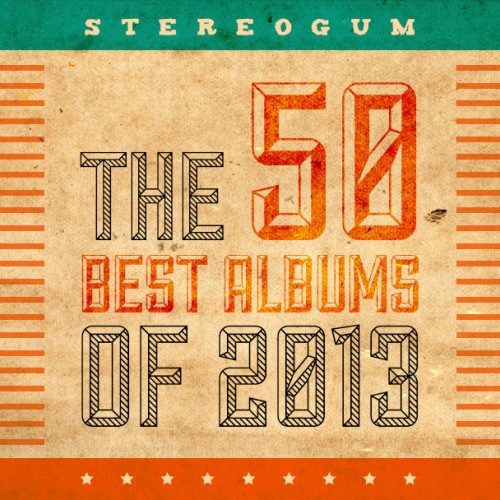 Part of our year-end Listmania series consists of re-publishing lists of the year’s best metal that appear on what I call “big platform” web sites, and today we have one from Stereogum. It was one of the web’s first blogs to offer mp3 downloads, and it has evolved into a high-traffic portal with a focus on independent and alternative music news, downloads, videos, and gossip.

Last year Stereogum published a list of The Top 40 Metal Albums of 2012. It’s not clear they’re going to do that this year [correction: they are, next week], because today they published a list of The 50 Best Albums of 2013, spanning a wide variety of music genres. What I did was siphon from that list only the metal albums I saw on it — as I define metal — along with the rankings for each of those albums. Of course, you may wish to see the entire list, but you will not see it here. Instead, you will see this subset:

I’m not sure I should have included the Nine Inch Nails album, or maybe, having done that, I should have also included Vampire Weekend (No. 3) and My Bloody Valentine (No. 5). Putting those questions to one side, you can think of this as Stereogum’s list of the Top 6 (or Top 5) metal albums of 2013 — at least until they actually come out with their own “metal only” list.