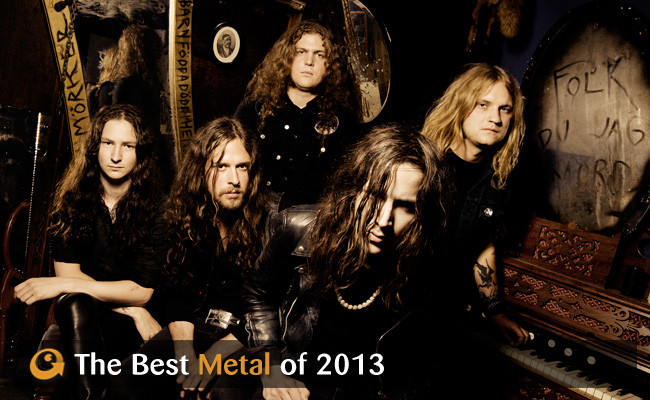 While awaiting the rollout of our own series of posts devoted to the year’s best metal, I continue to keep an eye out for year-end lists published by what I’ve been calling “big platform” web sites. By “big platform” sites, I mean those that have web traffic which greatly exceeds even the biggest metal-only sites. By definition, these are sites that cover musical genres beyond metal, and usually entertainment interests beyond music.

PopMatters is a popular culture web site with broad coverage of music, film, television, books, comics, software and video games — you name it. Its articles get picked up regularly by the mainstream media, and it claims a readership of more than 1 million unique visitors per month. In other words, it fits the profile of “big platform” web sites whose lists of 2013′s best metal we’ve been re-publishing here at NCS.

Today, PopMatters published its list of “The Best Metal of 2013″, ranking the chosen albums from #20 to #1. The list was compiled by Adrien Begrand, Dean Brown, Chris Colgan, Brice Ezell, Benjamin Hedge Olson, Erik Highter, and Dane Prokofiev (who has been an occasional contributor to NCS over the years). To see the list with accompanying descriptions and explanations of the choices along with sample tracks or full-album streams from most of the listed albums, use THIS LINK.

And right after the jump, you can see a list of the PopMatters picks.

16.  Shooting Guns – Brotherhood of the Ram

14.  Kataklysm – Waiting For the End To Come

02.  SubRosa – More Constant Than the Gods

My two cents? This is a very solid list, barring the three albums I simply haven’t heard — by Atlantean Kodex, Shooting Guns (who I’ve never heard of before), and SubRosa. I’m surprised by the high ranking of SubRosa and In Solitude — not because I think those albums aren’t deserving of praise (as noted, I haven’t even heard one of them), but because they’re a break from the releases that are consistently starting to appear in the Top 5 of many other lists.

Anyway, please do sound off in the Comments.

25 Responses to “LISTMANIA CONTINUES: POPMATTERS PICKS THE BEST METAL OF 2013”