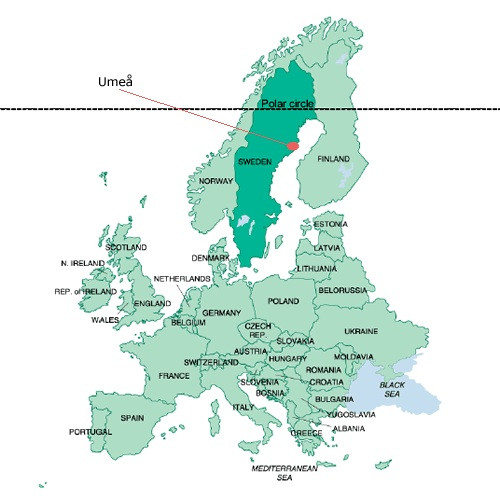 Umeå is located in the northern part of Sweden and has a population of about 120,000 in the whole municipality, making it the 12th largest city in Sweden according to The Font of All Human Knowledge. If that may seem laughable to many of you, you’ll be rolling on the floor when I tell you that the population of London is equal to the population of my whole country! So, fuck demographics and let’s get on with the metal.

No list of Umeå-bands would be complete without mentioning the Godfathers of a horrendous trend and creators of one of the best music videos ever (“New Millennium Cyanide Christ”). I assume that most NCS readers are familiar with Meshuggah, so I’ll just mention that the locals are very proud of the band and at the same time frustrated by how clueless the city council are about the worldwide impact the band has had.

Fun trivia: drummer Tomas Haake’s sister Ulrika is a senior lecturer at the Department of Education at Umeå University.

“Break Those Bones Whose Sinews Gave It Motion” (Koloss, 2012) 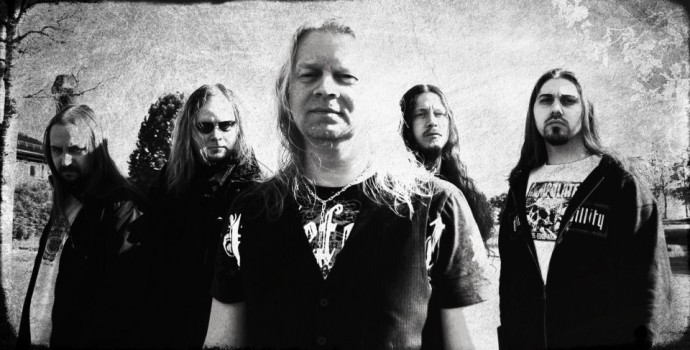 On the other end of the spectrum, and one of the exceptions to the norm at this website, we find Nocturnal Rites. Normally I have a very hard time exposing myself to excessive amounts of perfume, stupidity, and power metal, but Nocturnal Rites manage to avoid the most common pitfalls of the genre, and for that I applaud them.

For a band who have been going since 1990, Nocturnal Rites have never been as prolific or as successful as bands like Edguy or Blind Guardian, but what they have been is consistent in their delivery of super-catchy, well-crafted, fist-pumping songs. With the inclusion of vocal powerhouse Jonny Lindqvist in 2000, the band found the piece missing to their puzzle and have since produced some of the most underrated power metal albums I know of.

The band have not been very active since 2007’s The 8th Sin, with the occasional live gigs here and there, and rumors of a new album have been floating around for several years. Guitarist Chris Rörland has since joined Sabaton, and I would assume that their heavy touring-schedule will keep him away from Nocturnal Rites for the foreseeable future (i.e., he will probably quit or be fired if NR decide they want to start touring more regularly). 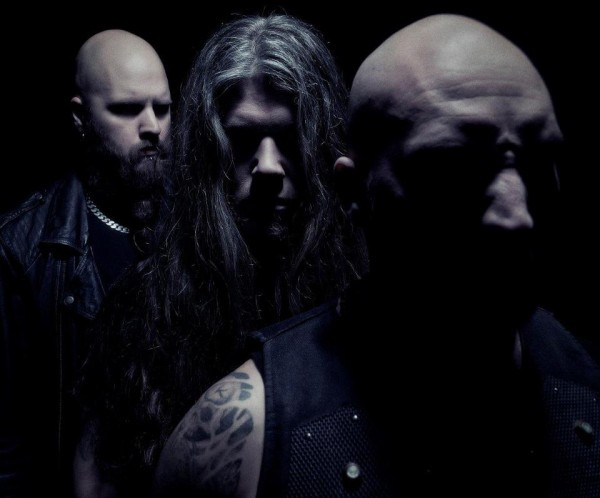 Staying with the old guard, I must mention Naglfar. This black metal band, not to be confused with the German black metallers Nagelfar, celebrated their 20th anniversary last year by releasing Téras, one of the strongest albums of their career. They started out as a primitive melodic black metal band, but with the departure of vocalist Jens Rydén after the blistering Sheol (2003), the band started incorporating more death metal elements with subsequent releases. Bassist Kristoffer Olivius switched to vocals, and with his midrange growling the change in sound made for a lethal cocktail of the nihilism and bee-swarm riffs of black metal coupled with the monolithic weight of death metal.

Personally I hold Naglfar as one of my Top 5 metal bands of all time, with not a weak song to be found on the past four albums (Sheol, Pariah, Harvest, Téras). Below I have included a few of my favourite picks, new and old. 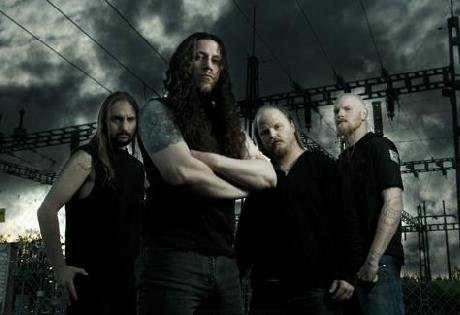 When Fredrik Mannberg isn’t slaying dragons as guitarist for Nocturnal Rites he’s doubling as Mille Petrozza in Guillotine. Never the ones to overstate their presence, the thrashers have only released two albums, Under the Guillotine (1997) and Blood Money (2008). While not reinventing the wheel, square, or even the pentacle, Guillotine are a solid homage to the German thrash scene spearheaded by Kreator, Sodom, and Destruction. In fact, Mannberg, who handles the vocals, sounds so eerily similar to Mille that it has been speculated that they are indeed the same person. 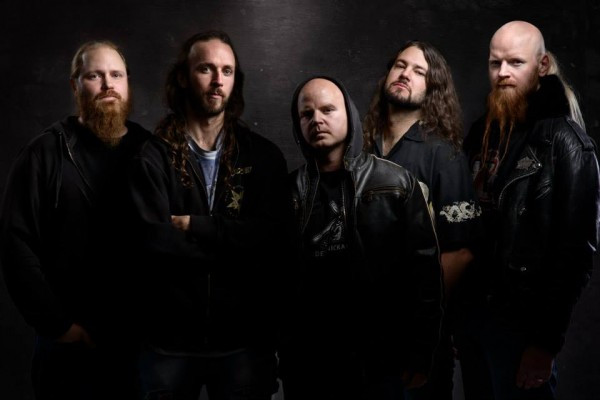 I mentioned earlier that I’m not a big fan of power metal, but another exception to that rule is Persuader from Tavelsjö, a small village outside of Umeå. The first thing that will strike you is just how influenced they are by Blind Guardian; musically and vocally they’ve taken Hansi Kürsch & Co.’s life work and run with it. Persuader manage to avoid being straight copycats by infusing the Tales From Middle-Earth with a good amount of thrash riffs, giving them a grittier edge and more balls than usually associated with power metal.

Just like many other local bands, Persuader take their goddamn time between albums. The Fiction Maze, the follow-up to When Eden Burns (2006), is scheduled to be released next year on Inner Wound Records, and it will be interesting to hear how the band will sound, considering that 8 years is a very long time. 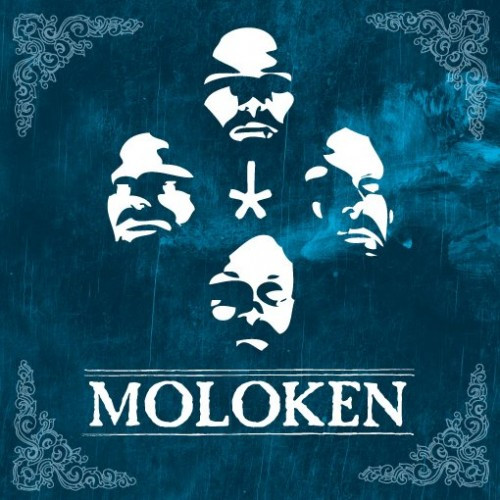 Shifting into murkier territory, we find self-proclaimed doomcore quartet Moloken (Swedish for gloomy, depressed), and as the name suggests, this is dark, oppressive, and brooding. The band are based around the dual vocal attack of brothers bassist Nicklas Bäckström and guitarist Kristoffer Bäckström, with a big emphasis on shimmering guitar figures weaving in and out of crust-laden basslines and dissonant guitar riffs. The band themselves cite such disparate influences as Darkthrone, Skitsystem, and Breach, and in a way it makes sense, even if there are no direct correlations that can be drawn.

Out of all the bands in Umeå that have emerged since I moved here 13 years ago I think Moloken are the most interesting and fresh, and I dearly hope more people will discover them. As of now they have their whole discography (one EP and two full-lengths) available for free download at their website: 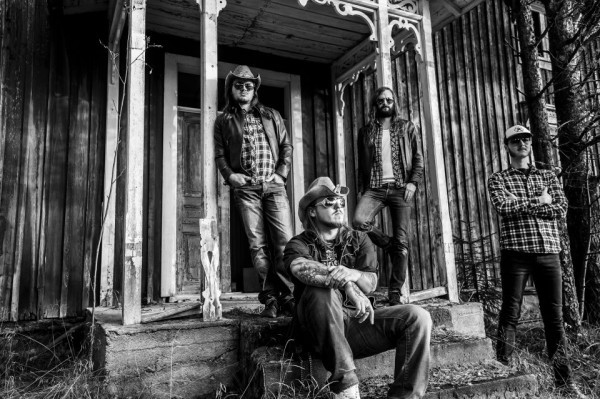 This now-defunct band of misfits released one album, Through Hell and Muddy Waters, in 2012 before disbanding, which is a great shame for I haven’t quite heard anyone else sounding like them. Imagine Rob Zombie’s easily palatable brand of groovy metal coupled with a clear country vibe, underscored with banjos and slideguitar, and topped off with the raspy cursings of a guy who usually sings in Scumkill, a Down-influenced sludge band. Schizophrenic? Not really. Just imagine riding down a dirt road in a top-down Cadillac, chugging cheap beer, and holding on to your cowboy hat for dear life. That’s when you should listen to Hellbound.

The band never got around to releasing a physical album, but the whole album is available on Spotify.

Hellbound – Through Hell and Muddy Waters on Spotify 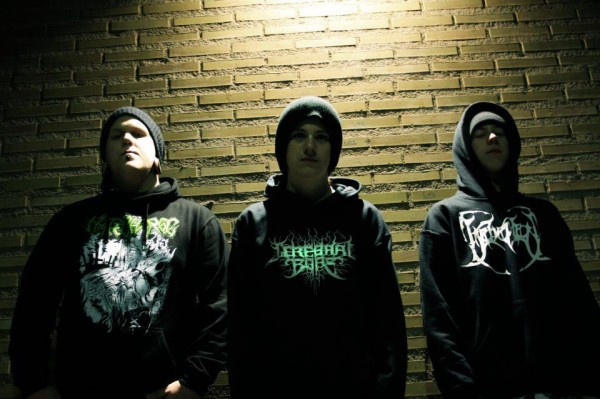 When talking about old and new bands it is hard not to label Festering Remains as the newest band, simply because they’re so young. Singer Tim and guitarist Erik are both 16 and their first demo was released when they both clocked in at the ripe age of 15.

Naturally, there’s been a bit of a buzz about Festering Remains, not only because of the age of the band members, but also because technical death metal isn’t the most common genre in Umeå. When I saw the band live they ripped off a cover of Suffocation’s “Infecting the Crypts” that I think many musicians in their twenties wouldn’t dream of tackling. But beyond all the hype it’s obvious that the band have some serious songwriting skills. While still rough around the edges, the EP Stabbed Beyond All Recognition is as infectious as it is technically proficient. 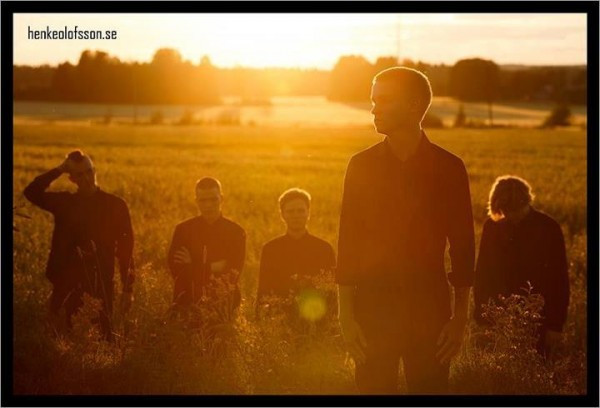 Another genre I’m not very impressed with is metalcore. Normally I just find that the majority of bands churn out sub-standard riffs, punctuated by pointless breakdowns. So color me surprised when I found myself to be digging System Annihilated, without hesitation or muttered curses. The band released their debut album Furor on Discouraged Records earlier this year, and it’s an absolute scorcher, melding the accessibility of metalcore with the droning, pensive notes Meshuggah are known for, resulting in the surprise of the year for me as well as one of the Top 10 albums of 2013.

There are loads more bands, but I’m way too tired to write at length about them, so I’ll just provide you with a list and a somewhat accurate genre-tag so you can check them out if you’d like.