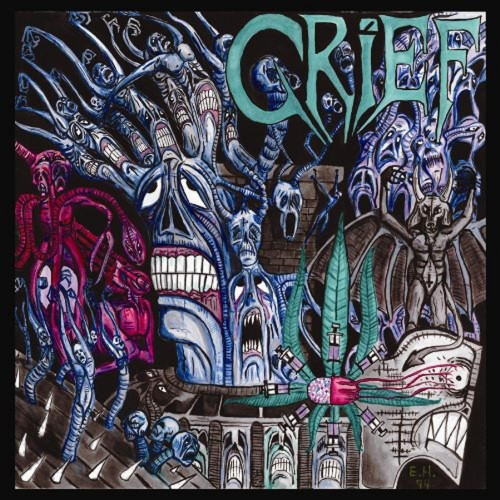 (Our supporter xBenx has compiled a series of guest posts, this being the eighth installment. Each one focuses on a different band that he fears may have been overlooked by the masses, and today the spotlight is on the sadly departed Boston band Grief.)

Grief were such a mystery to me, in the sense that when I first discovered them there was miniscule info to latch upon (shows how old I am). Yet, tracking down most of their albums was pretty easy, even ten years ago. Now it’s more arduous, although Come to Grief’ is, somewhat strangely, on iTunes. But I digress. What about the music?

It’s tortured, misanthropic sludge of the highest order, for me, even higher than that of Eyehategod. Controversial I know, but Grief just had a broader sonic palette and better songs that can worm their way nefariously into your brain.

Perhaps it’s the focus on actually constructing pieces that have a beginning and an end that permits this, or maybe it’s because they were (slightly) less abrasive than EHG. That’s not to say there isn’t any ear-splitting feedback and jagged abrasive riffs — both are present in abundance — it just all feels a lot more cohesive to these ears. As a result, I often spin their back discography more often than their kin from New Orleans.

Grief – “Down in the Dumps Again”

One Response to “OBSCURE BRUTALITY NO. 8: GRIEF”