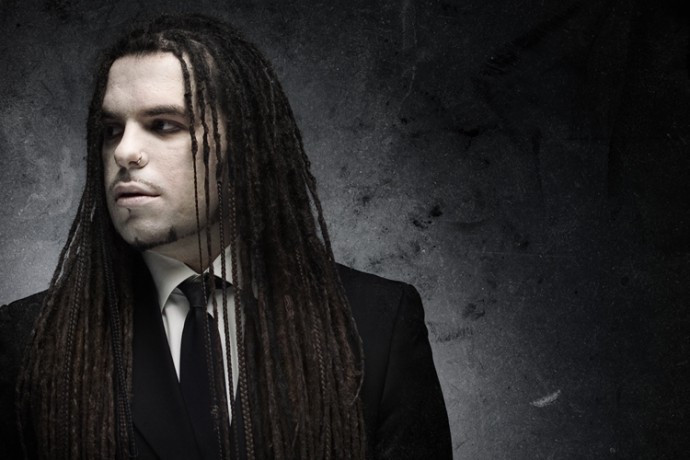 (In this extensive guest post, Booker details the history of Greek band Chaostar, reviews the band’s discography, and provides lots of sample music and videos.)

Every now and then some of our favourite metal musos delve into that ‘other’ territory of music – you know, that strange place that incorporates all those non-metal genres. It’s terrifying to think some people actually enjoy pop for example, but the world is a dark place, full of all kinds of horrors and outlandish fetishes. While we’re all familiar with fusion of metal with other genres, what I’m talking about here is when metal musicians release entire albums with their feet squarely planted in non-metal territory. And if you’re reading this blog you’d probably agree with me that metal can boast some of the most amazing musicians on the planet, so it can be interesting to see what their minds produce when put to other ends.

Which brings us to the topic of this here rant – Christos Antoniou, of Septic Flesh, not only sports some of the greatest dreads in metal, but has revealed himself over the years to be quite a creative individual indeed, and with a degree from the prestigious London College of Music, it should be no surprise that he is responsible for the symphonic elements in Septic Flesh’s works, particularly more prominent on their latest albums. But probably lesser-known is that he has also been the helm of a side-project in the form of Chaostar – a neo-classical “band” he uses to pursue his more experimental side as a composer.

Over the years the band has also included other members of Septic Flesh — Spiros Antoniou (aka Seth Siro Anton, vocalist; who has also done some of the band’s artworks), and now Fotis Bernando (drummer for Septic Flesh) — as well as a cross-over of musical elements between the bands. So if you’re in the mood for a retrospective look over their discography of experimental, often gothic, but largely non-metal, works, read on… 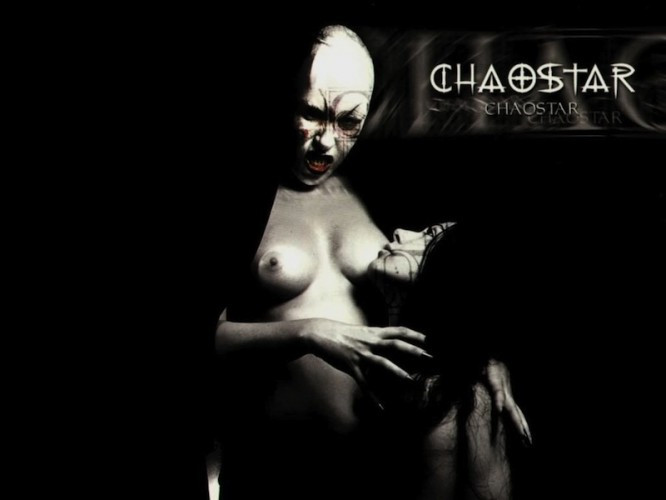 Chaostar’s first full, self-titled album was released at the turn of the millennium by Holy Records (home of the somewhat similar Elend, if anyone’s heard of them?) and features Natalie Rassoulis on vocals; she also participated in some of Septic Flesh’s works in the late 90’s and also appears on the NSFW album artwork. The album features a sci-fi storyline following different characters in a kind of intergalactic quest for domination, elaborated through the songs and spoken-word descriptions. Combine that with heavier growled vocals from Seth, and occasional programmed drums, it’s clear that the project was indeed going to venture into some experimental territory, as can be seen on “An Electric Storm of Thoughts”:

The album as a whole would combine these elements with a compositional approach veering between movie soundtrack, gothic classical, and sci-fi overtones, seen for example in “The Field of Ante Cun”: 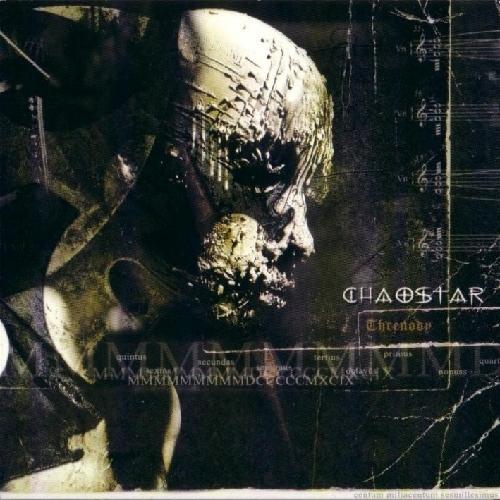 The band’s sophomore effort Threnody was released just a year later in 2001 with largely the same line-up. The gothic elements were brought further to the fore, culminating in what I would regard as the album’s highlight, “Lamentation”:

But a pure spooky classical album this wasn’t, with other influences evident, such as an almost cabaret-style “Day Of Anger”, with more techno-influenced drum programming: 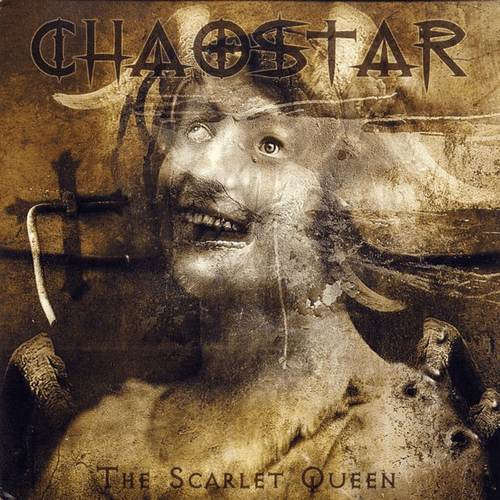 Their following album The Scarlet Queen arrived in 2004, and marked both a continuation of some of the elements found in earlier works and a departure from others – gone were the largely spoken-word sections, growled vocals, and programmed drum beats (although electronica elements are used to good effect), but enhanced were the gothic, classical elements, and more oriental/Persian coloration (evident in earlier works such as “Lamentation”, above). 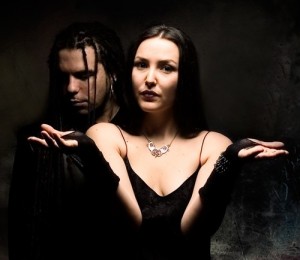 Gone too was Natalie Rassoulis, replaced by Sapfo Stavrides as the album’s vocal centrepiece, with other male and female backing vocalists. But the most marked difference would have to be the much fuller orchestration, with this album approaching symphonic status much more closely than previous albums.

The album follows a storyline of the birth through death of a female vampire, and although divided into tracks, it is very much composed as an album-length piece, with recurring musical themes and fluid transition between different movements. At first I found this quite a difficult album to “get”, with its more stream-of-consciousness style of composition as opposed to set “songs”, quite unlike the majority of music we’re used to hearing these days. In addition, the album sounded very much like the soundtrack to a movie I’d never seen, with an obvious storyline, but one I wasn’t entirely following. A similar experience would be Mechina’s or Xerath’s concept-driven albums.

But after some familiarization, this has quickly become my favourite of the “old Chaostar” albums (they have embarked on a somewhat different direction since, as will be discussed below). The album has many similarities with Aquilus’ Griseus in my mind – in that both are album-length works and largely classical or soundtrack-like, with both covering a sweeping range of moods and atmospheres. In all, the album captures a remarkable, but sorrow-tinged journey, not unlike Byzantium or Interview with the Vampire told through music. See “I Am… The Assassin of the Gods”, and the sole music video for Chaostar until this point, “Embrace”: 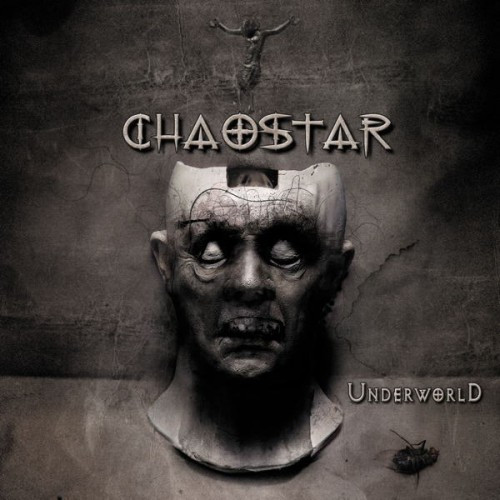 Following The Scarlet Queen, the band effectively went on hiatus. A compilation album appeared in 2007, The Underworld, featuring a re-mastering of their original five-track demo released in 2000 (which also included “The Eldest Cosmonaut” from Septic Flesh), as well as other bonus tracks such as “Misery’s King”, originally included as a bonus track on a release of Septic Flesh’s Revolution DNA. (Further cross-over between the groups can be seen with some of the orchestration for “The Arab Merchant” off The Scarlet Queen being used in the Septic Flesh song “Communion”). 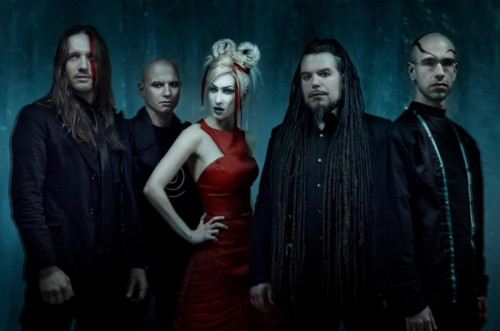 Chaostar was revived by Christos in 2008 with a new direction in mind, and it’s obvious that part of the motivation was a desire to see the band on the road and performing live. In place of the orchestral approach used on The Scarlet Queen, the “band” really would seem, perhaps for the first time, to have become a band — with five or six members (five appear in marketing photos, six credited on the album), including Androniki Skoula on vocals (who has also worked with Septic Flesh and Rotting Christ) and Fotis Bernando (drummer for Septic Flesh) as a percussionist. Unlike your typical band, the remaining members wouldn’t play guitars and bass, but a range of “traditional” instruments (far too many to list), violin, and theremin. 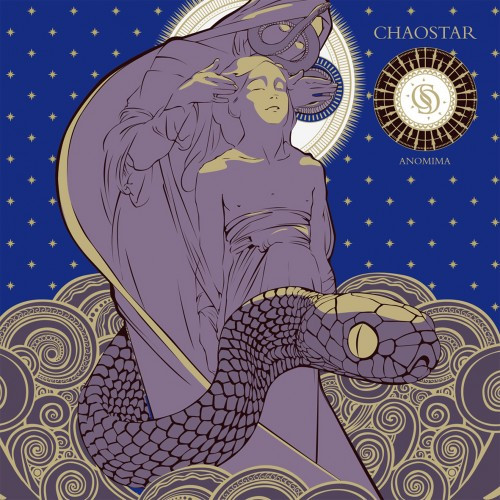 The first album for this new Chaostar, Anomima, was released by Season of Mist earlier this year and also featured guest appearances by Fernando Ribeiro (Moonspell) and David Vincent (Morbid Angel). Just for extra fun, the album also contains vocals in six different languages, including the opening track “Ma”, which is in Japanese. For the video, Christos said: “Amongst the most major honours I’ve ever had in my life not only as an artist but as person, is the participation of the renowned Butoh dancer Sumako Koseki in the new video clip of Chaostar’s new song Ma. I proudly present you our new artistic approach on the song”:

It’s difficult to sum up the remainder of the album succinctly due to the varied nature of the tracks involved, but it’s streaming in full on Bandcamp, which is probably the best way to hear it for yourself, or you can check out the five-minute teaser, featuring footage from the “making of” documentary that’s included in the digipack release. It includes a few surprises, such as a cabaret track “Charmer” and the dubstep finale to “Truth Will Prevail” (which fully works and is probably my favourite track).

As can be gleaned from the trailer, all in all, the band employ a rich palette of sounds over the course of the album, with Androniki often singing in full-on operatic mode, most notable in “Un Pensiero Per Il Destino”, “Sorrow Descending” and “Truth Will Prevail”, Arabic elements including the reappearing use of an oud, electronica, and even blowing through little skull moulds to produce the haunting screams at the end of “Medea” (that’s so metal!). It’s an album that, with such variation, and especially with more upbeat tracks like “Charmer” and “Dilate The Time”, doesn’t quite feel like a coherent whole (although I think many of the remaining tracks almost attain that sense of coherency). But as Christos himself says in the “making of” documentary for the album, this isn’t music for everyone.