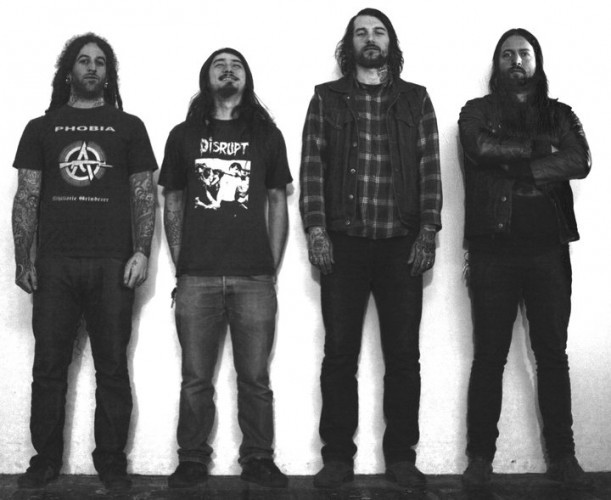 (In this new edition of THE SYNN REPORT, Andy Synn explores the discography of Seattle’s Book of Black Earth.)

The Synn Report is like a fragile eco-system. Cultivating it requires maintaining a careful balance between editions. You can’t have too many Black Metal bands, or too many Death Metal bands, one after the other. You can’t go too dark, or too melodic, for too long. You can’t oversaturate the tech or over-indulge the prog. You need to cover as much ground as possible, varying your approach, as the whole ethos of the column is one dedicated to exposing deserving bands from across the metal spectrum.

While I have some definite surprises planned for the future, this time around I felt like we needed something raw and vicious, something filled to the brim with rabid vocals, blasting drums, and buzz-saw guitars, where even the barest hints of melody have a dark and menacing feel to them.

And since I’m off back to Seattle again soon, I decided that now was the best time to introduce you all to the killer Black/Death hybrid of Book of Black Earth, a band who have walked the left hand path, worshipped at the altars of madness, and dwelt under the sign of hell ever since the release of their first demo, way back in 2004. 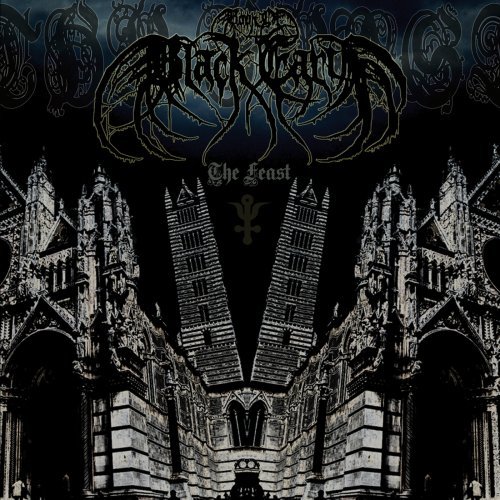 The band’s first album is a short, sharp, shocking assault of rabid ferocity and vile misanthropy, which displays the most prominent, most overt, Black Metal influence of all their recorded material.

The blackened bludgeon and whirlwind whiplash of “May Your God Deny You” immediately pulls you into the centre of a maelstrom of thick, chugging death metal riffs, searing tremolo runs, and choppy, bone-rattling blast beats – an inhuman combination of early Suffocation/Immortal, broken up by moments of menacing atmosphere and bone-chilling melody.

“Occult Machinery” packs a murderous array of hooks into just over three minutes of violent, spasming drums and choking, doom-laden guitars, with some winding bass work and eerie keys adding a crimson splash of melodic nuance to the song’s blistering assault.

The abrasive riffs and needle-sharp melodies of “Serve the Adversary” are built on a foundation of bruising aggression and pitch-black malevolence, whilst “Agents of Destruction” is a hacking, hammering display of focussed devastation and head-wrecking death metal riffage, wrapped up in a cloud of churning horror.

“In Hatred and Misery” is a warped concoction of chaotic, skin-shifting death-riffage and dragging, blackened doom, shot through with icy fingers of bleak atmosphere, whose sinister undercurrent seeps through into “The Dawn of Industry”, an unforgiving portrayal of death and damnation (pierced by unexpected moments of dehumanised clean vocals) which brings the album to a fittingly tormented conclusion. 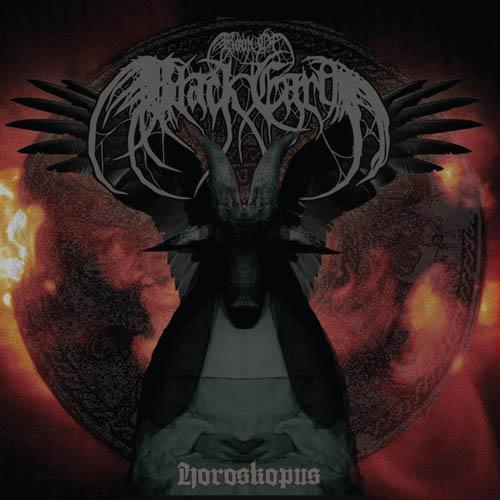 Stripping back some of the black metal influences (particularly the keys) from their debut, Horoskopus sees the band getting even heavier, even darker, and even more unforgiving in their delivery of raw and unfettered musical malice.

The doom-laden melodies and martial drum beats of “2160” provide the perfect introduction to the oncoming storm of “Death of the Sun”, all guttural vocal venom, threshing riffs and wrenching hooks. Unflinchingly grim, with a gloomy, apocalyptic vibe, it blasts and grinds its way to a truly crushing climax, leading into the coiled bass lines and desolate riffs of “Total Control” – a merciless piece of crippling blasts and bone-fracturing chuggery.

The impending, doomy riffs and rippling threads of tremolo work that introduce “Horoskripture” weave an ominous obsidian atmosphere – the blackened heresy of Svart Crown meeting the deathly horror of Bloodbath – before the track coalesces into a choking, lifeless ruin, scarred by a ruthless series of stabbing, stomping riffs and cataclysmic drumming salvos.

“Cult of Dagon” is a wretched death march through an arid, icy wasteland, broken up by interjections of piercing, predatory melody and grim, grinding heaviness, while “Funeral of Peace” – by way of contrast – is a high-velocity head-rush of detonating drums and ravenous riffs, twisted together into razor-sharp rhythmic hooks and virulently infectious melodies.

“God of War” has more than a touch of God Dethroned to its poisonous mixture of suppurating, sludge-drenched decrepitude and berserker nihilism, while the tolling chords and pulverising drums of “The Darkest Age” forge a singular, sinister sound which builds and builds in intensity and unholy power.

Sample song: “Death of the Sun” 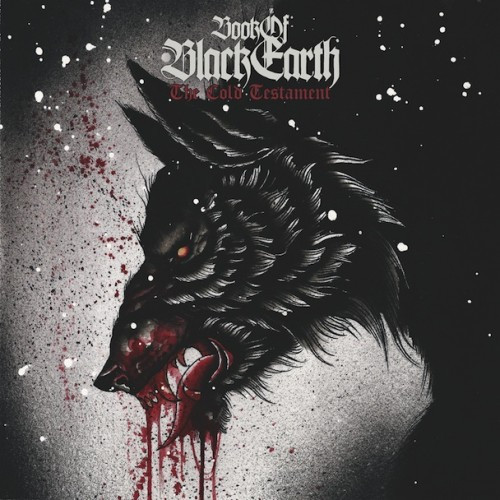 More brutal, more aggressive, more powerful, The Cold Testament is all tooth and claw and venom, a primal slab of pure, deathly rage, backed up by a frankly massive, punishing production.

The hammering intensity and rapid-fire assault of “Weight of the World” set the stage for an album that takes the band’s old school influences and updates them for a new generation, armed to the teeth with an arsenal of vicious hooks, strafing tremolo runs, grinding riffs, and blitzkrieg drums. The black heart of the song carries a subtle undercurrent of haunting sub-melody, which bleeds through the cracks in its armoured hide, seeping into the marrow of the song’s concrete-heavy guitar work.

The cleverly titled (and wickedly anti-religious) “Cross Contamination” slams into the listener with the force of a speeding truck, relentlessly bulldozing them down with massive, clanging riffs and battering snare-blasts, followed by the chilling post-apocalyptic horror of “Antarctica”, whose mixture of harmonic, blackened doom and rippling, fluid drum fills weaves a dark and demonic spell.

The ravaging black/death amalgam of “Irritating Spectre” welds together elements of At The Gates and Dissection to deliver a more overtly melodic, but no less intense, assault upon the senses – thoroughly and undeniably vehement and unrepentantly aggressive. The megaton obliteration of “Termination” unleashes pure aural Armageddon with a devastating series of sledgehammer riffs and barbed-wire tremolo runs, before crashing straight into the reckless belligerence of “Research and Destroy”, whose bleak vibe and black sense of humour (the title being a knowing wink in itself) channels the influence of early Entombed into a war-machine of merciless destructive potential.

The album climaxes with the asphyxiating gloom and doom of “I See Demons”, which grows from phantom-like beginnings into a monster of crippling riffs, throat-tearing vocals, and scalding lead guitar work, before fading back into the darkness from whence it came.

4 Responses to “THE SYNN REPORT, PART 41: BOOK OF BLACK EARTH”