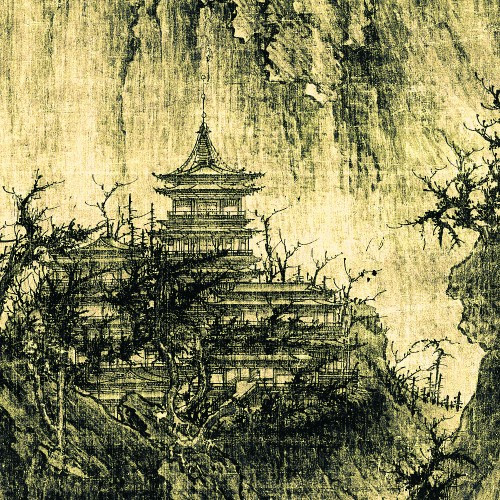 “Tempel” is the new name of an Arizona band formerly known as Temple. Those of you who are already familiar with their music are probably already fans. For everyone else, remember the name, because their debut album On the Steps of the Temple is a gem. Prosthetic Records will be giving it a broad-scale release in January 2014, and today we’re delighted to offer you an exclusive taste of what’s coming by featuring one of the album’s many strong tracks, “Rising From the Abyss”.

On the Steps of the Temple is an instrumental album, and one that succeeds brilliantly despite the lack of vocals. While much instrumental metal leans toward the proggy, post-metal end of the musical spectrum, Tempel have woven their dark tapestry primarily with strands drawn from death metal, doom, sludge, and black metal.

A musical meditation on greed, self-delusion, and their perils, On the Steps of the Temple is ominous, densely layered, and utterly crushing. Even for a solely instrumental work that exceeds 50 minutes in length, it’s an intense listening experience that commands attention from beginning to end.

On the Steps of the Temple will be released by Prosthetic Records on January 21, 2014, and it’s available for pre-order in a variety of formats (including digital, CD, and limited edition 12″ vinyl) via the links below. At the Bandcamp page, you’ll also be able to hear another previously released song, entitled “Mountain”, which can be downloaded immediately with a pre-order.

Now, treat yourself to the blackened hammering of “Rising From the Abyss”, and find out more about Tempel on Facebook:

4 Responses to “TEMPEL — “RISING FROM THE ABYSS””