Continuing my effort to catch up on news and new music I missed while on vacation the last two weeks, here are three more items of interest, again presented in alphabetical order.

If I had a dollar for every time I’ve seen the phrase “long-awaited and highly anticipated” in a press release about a new album, I could buy a nice new car, or maybe two. But it’s a phrase that absolutely fits this Swedish band’s second album, Engineering the Void. More than three years have passed since the release of their excellent debut album Deterioration of Minds. Even when the band finally released an exciting teaser of new music last June, there was no release date.

Finally, while I was away, the band announced that the album would be released by Unique Leader Records on February 18, and then just two days ago we got a lyric video for the first full advance track from the album, “Breaking the Great Narcissist”, and goddamn, is it good.

On the one hand, it’s savage, ferocious, ruthless, and barbaric. On the other hand, it’s twisted, jagged, acrobatic, flashy, and even dreamlike. It’s a flurry of eye-popping guitar work, merciless drum eruptions, and a few genuine surprises that I won’t spoil. Listen below. HIGHLY ANTICIPATED. 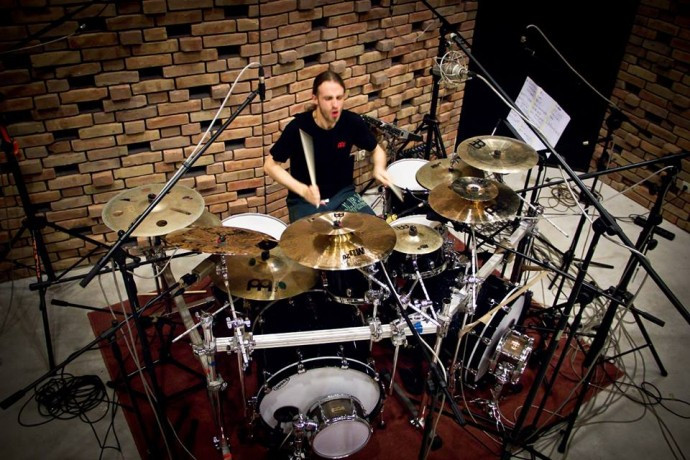 Also while I was away, these Polish heavyweights posted this announcement on their Facebook page:

“Straight from Hertz Studio-we have a bunch of fresh news about Vader’s empire. First of all: WE’RE STARTING WITH THE NEXT ALBUM! Today yet nice and easy we’re calibrating the heavy weapon for James, so His drumming can blow heads off Your necks. From tomorrow we record all these bloody tracks of new incantations.

“The next chapter, a new bible for all those hungry for extreme massacre and dark challenges is called: TIBI ET IGNI “For You (and only You) and Fire” – so we can translate from latin this pretty symbolic title. 10 songs PLUS 4 bonuses are in plans to be created…. More details soon. Will we set anxiety in Your minds? We film the recording process to show the whole thing in a while. Of course,we’ll keep You informed about each next step in recordings regularly. STAY ALERTED !!!!”

The “James” referred to in the announcement is James Stewart, newly added to the Vader line-up since the release of their last album, Welcome to the Morbid Reich (2011). The new album will be released by Nuclear Blast. 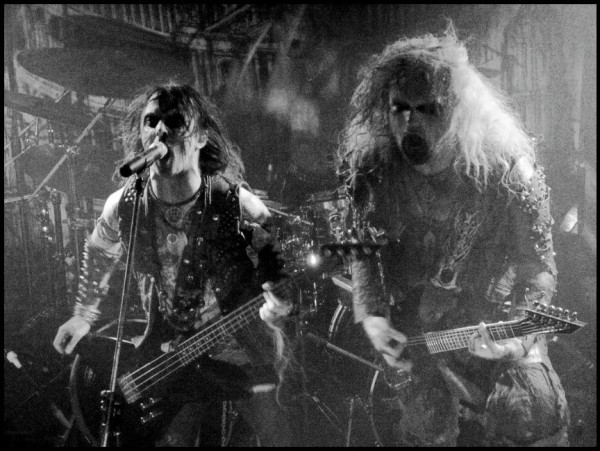 Also while I wasn’t paying attention, Sweden’s Watain released an official music video for “Outlaw”, one of the songs off the band’s 2013 album The Wild Hunt. As BadWolf wrote in his review of the album,  “‘Outlaw,’ sure to be a live staple, comes across as a five-minute love letter to Roots-era Sepultura, complete with tribal chants, a schizophrenic guitar solo, and a two-step skank section— it’s the sort of big mosh song Watain hasn’t ever written.”

This demon thrasher of a tune happens to be one of my favorites on the album, and yeah, I’ve actually seen the killer last part of it stir up a ferocious mosh pit. The video is… well, it’s trippy. Not quite sure what to make of the colonoscopy footage, but apart from that, fun to watch, and a lot of fun to hear.