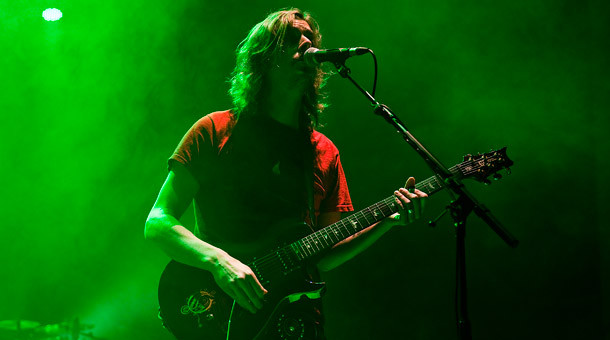 (In this post Andy Synn expresses some opinions that I suspect will not be universally shared. Sound off in the comments… )

Metal and the concept of maturity, if you believe all that you’re told, don’t exactly make for the most common of bedfellows.

Even the kindest of mainstream media outlets still have a tendency to treat the genre as one solely of interest to angsty teens, disaffected Gen-X types, and adults stuck in a perpetual state of arrested development.

I can’t entirely blame them. After all, the majority of metal that hits the mainstream does dwell on the same sort of vapid and generic themes that most narcissistic pop/rap music features as well (raising the question, of course, as to why these genres aren’t also singled out as “just for kids”… liking something “ironically” is no excuse, nor is it believable to be honest).

Still, it’s even more galling when the same sort of questions and vague insults come from inside the scene.

Recently two distinct examples of maturity/immaturity in metal were brought up – not quite linked, but certainly within a close time frame – and I’d like to thank Alexis and Mat for priming this little piece of mine by sharing their thoughts and opinions in conversations over the last month.

On the one hand you, may have seen the recent churlish comments from Opeth’s Mikael Akerfeldt, who’s still clearly stung by the less than positive reception that Heritage received from significant segments of the band’s fanbase, offhandedly (and somewhat arrogantly) putting down his own fans – and fans of the metal genre in general – for not being “open-minded” enough to accept what he’s doing.

Now, on one level he might have a point – there’s certainly elements of the metal scene who like metal, and only metal… and only metal that’s trve/kvlt/brutal, etc.

But the more I think about it, the more it seems that Akerfeldt’s comments display a shocking lack of maturity on his own part. The petulant tone of his words – he essentially chastises metal fans for not living up to his lofty expectations, simply because they don’t like what he’s done – combined with his very defensive reaction (really Mike, it’s quite possible that people didn’t like it for valid reasons, not because they’re closed-minded) certainly seems very immature and egotistical.

Now I know that most fans of the band came to them because of what they offered to metal. Something new. Something unique. Something creative and exciting. It’s not hyperbole to say that Opeth’s signature sound is one of metal’s most striking and distinctive.

But here’s the thing… those fans are fans of metal. Maybe they also like other music as well. But they like metal because it ISN’T something else. And they like Opeth because of what Opeth bring TO metal, as a genre. It’s not really fair to criticise people for not liking something when you’ve made a concerted and conscious effort to remove a big part of what they liked about it in the first place!

Really, Mikael’s response is itself pretty immature. There’s nothing wrong with bands growing and maturing – after all, “maturing” is really just another word for “changing”. But you have to accept that your fans don’t HAVE to like everything you do.

Any time you make a change you run the risk of alienating some people. Not because they’re stupid, or close-minded, or even elitist… or any of the other thinly veiled insults that have often been aimed at the metal scene… but because people all have their individual tastes. You have to acknowledge that not everything you do might be to people’s liking – particularly people interested in a specific genre or a specific sound. Throwing a tantrum because people don’t like what you’ve done merely exposes your own insecurities.

By contrast, I recently saw Satyricon live for the first time after the release of their new, quite polarising, album. The stripped-back, doomy vibe, and more progressive, less aggressive, approach to the band’s otherwise still very recognisable sound certainly seems to reflect a striking change in the mien and demeanour of frontman Satyr.

Before the band took their long break he had expressed disillusion and dissatisfaction in the endless record-release-tour cycle that the band had become stuck in, in order to maintain their position at the top of the mountain. As a result, their “come back” album is more suggestive of a band more focussed on creative expression, in their own way and at their own pace.

And I know that this hasn’t pleased a lot of people.

Now, while I consider it a real grower of an album – I know several people who, after initially dismissing its slow, lambent grooves, have become more turned on by its hypnotic melancholy as the days and weeks have passed – there are those who miss the driving riffs and harder edges that characterised their previous releases. And while I wouldn’t say that throwing the album out of a moving car is exactly a reasonable response, I can understand if people simply don’t “click” with the record.

But it’s the response of its creator that’s most interesting. At the show in Manchester (reviewed here), Satyr took a moment to calmly thank the crowd who HAD stuck with them, and followed them on their new path. It was clear he didn’t expect everyone to get it, or worship it without question. He was just eminently thankful that it connected with some people in the way it was meant to.

It’s interesting, to an extent, just how comparable the two releases are, despite being divided both by time and by genre. Both groups clearly reached back toward their roots to reinvigorate a sound that was – I think most would agree – in danger of becoming stale (if not outright redundant). But whereas Heritage comes off as a rather limp tribute to Akerfeldt’s collection of 70s Prog vinyl, the brooding, Sabbathian undertones of Satyricon seems reflective of a much more natural change, one that recalls the similar metamorphosis Enslaved made back in the day.

But, ultimately, backlash or not, the differences in how each of these figures responded speaks volumes about where they are in their lives and careers. One is clearly much more at peace with where he is, and where he is going, and accepts the consequences of it gladly and willingly. The other is still clearly uncertain what he wants from his music, and seemingly resents the very scene he was born from, feeling constricted by it, yet unable to escape from it.

And it’s clear which of the two is happier.

It seems to me that, just as in almost every other walk of life, there’s a difference between maturing gracefully, and changing simply because you feel like you’re “too good” for something. Preening and congratulating yourself on your cleverness, while simultaneously judging others for not liking what you like, is the very height of ignorant elitism, and more than anything seems just to reflect your own insecurity and immaturity.

Maturity… change… isn’t something you can force, on yourself or others. It’s in your words and your actions. It’s in how you deal with the world and how you accept the realities of life.

You can be Metal, and you can be Mature. The two aren’t mutually exclusive.

37 Responses to “METAL AND MATURITY”