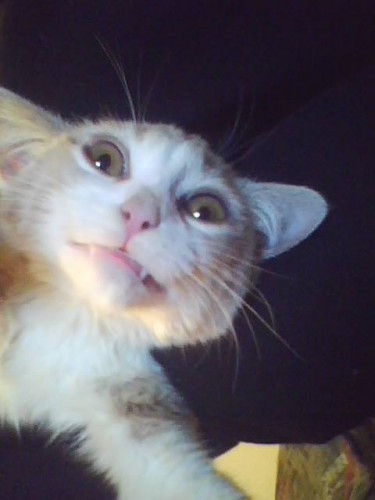 He pronounced “katzenjammer” in the German way (something like “kah-tsahn-yah-ma”), instead of the way a monolingual American like me would say it. After I asked him to spell the word, I realized I’d heard it before, oddly enough because somewhere I came across a stray bit of trivia that stuck in my head, about an old comic strip called The Katzenjammer Kids (I’ll come back to that). But I didn’t know what the word meant, so I asked him. Here’s what The Font of All Human Knowledge says about the word, which is pretty close to what the guy told me at lunch:

“Katzenjammer is a German word literally meaning ‘cat’s wail’ (caterwaul) and hence ‘discordant sound’, sometimes used to indicate a general state of depression or bewilderment. It has also been used as a term for a hangover, with the sufferer’s groans of discomfort being humorously likened to a wailing cat.”

So you can see now why my new friend said what he said after I told him about the impending holiday party at that place with a wall of brown stuff for which I have a serious weakness. 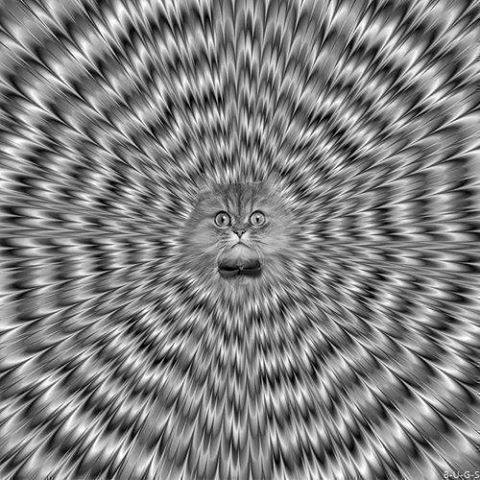 The second thing that happened as a result of my day job yesterday was that I tried to sample everything on that wall last night. And man, the fuckin’ cats in my fuckin’ head are wailing like goddamned banshees this morning.

In a recent NCS post and the ensuing comments, people mentioned a lot of activities they engage in with metal as their musical accompaniment — including (of all things) going to sleep. No one mentioned katzenjammer as a condition that goes well with metal. In my case, they’re utterly incompatible. If I were given a choice between listening to metal right now in my current condition and having an icepick jammed in my ear, it would be a close call.

So, this next song is one I haven’t even heard, because I’m afraid it would explode my head. I’m featuring it because its name is “Deliver Us From Flesh”, which is pretty much what I’m praying for right now. It’s by a band from Halifax, Nova Scotia named Versifist, and the song will appear on a cassette entitled Scripting the Catechism, to be released by Vault Of Dried Bones in early 2014.

Oh, fuck it. I might as well include something else I haven’t heard. Someone sent me a link to this yesterday, but I can’t remember who it was. Shit, at the moment I can’t remember who I am. I really don’t know anything about it except it seems to involve someone messing with a Meshuggah song. The title is “Come On and Bleed”, which is what I think the cats in my head are screeching, and is described as “Quad City DJ’s vs. Meshuggah”.

P.S. Per The Font of All Human Knowledge, “The Katzenjammer Kids is an American comic strip created by the German immigrant Rudolph Dirks and drawn by Harold H. Knerr for 37 years (1912 to 1949). It debuted December 12, 1897 in the American Humorist, the Sunday supplement of William Randolph Hearst’s New York Journal. Dirks was the first cartoonist to express dialogue in comic characters through the use of speech balloons.”

Based on that quoted article, the history of the comic strip is pretty interesting and occasionally pretty weird.

P.P.S. Here’s another interesting bit of trivia from The Font:  “‘Katzenjammer’, a song by Kyuss on the album Wretch. ‘Katzenjammer’ was also the first name used by that band in the 1987-1989 era, before being called ‘Sons of Kyuss’, and then, Kyuss.”

Aw hell, I might as well put that in here, too.  I haven’t heard it, of course. And with that, I’m now going to curl up again in a fetal position and resume moaning pathetically.