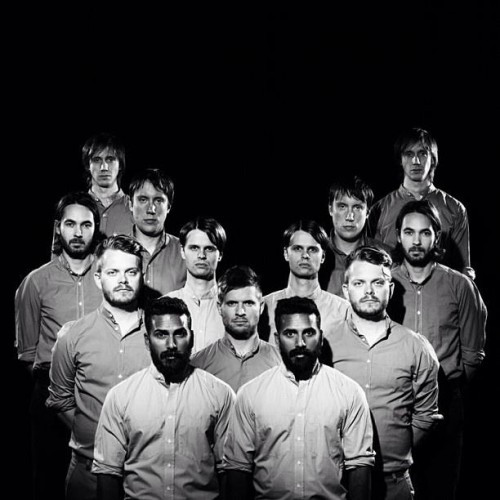 After Sweden’s Cult of Luna released Eternal Kingdom in 2008, five years passed before they produced another album, but this year’s Vertikal has commanded a spot on a growing list of year-end lists. Now it appears that fans will be in for another extended hiatus before the band bring more new music… if they ever do again. This announcement appeared about an hour ago on the band’s Facebook page:

“The Beyond the redshift festival in London on may the 10th will be a very special show for Cult of Luna. It will mark the end of an era and after that we will slowly disappear before we reappear again in some form in some indefinite future.

Because of that Klas will join us on stage for the last time and we will play a whole lot of old songs which we haven’t played for years or ever.
We might ask for your help to choose songs. More on that later.”

Beyond the Redshift is a festival “curated” by Cult of Luna that will take place at three London venues on May 10, with more than 20 bands projected to perform. “Klas” is Klas Rydberg, one of the band’s founders and their vocalist until 2012.

UPDATE: This additional message from the band appeared on their FB page later this same day:

“We are not quitting. 2013 have been a very active year for us and neither do we want or think it is good to continue in that pace. We will not be a band that put out an album every 18-24 month anymore. We did that for almost 10 years when we were younger and were able to focus more on the music. After ‘Beyond the redshift’ we might do a festival or two but after that we have nothing planned. Maybe we’ll release another album next year or maybe in a decade, we honestly don’t know. Sooner or later we will return in one form or another. Cult of Luna will not die. On another note, sooner or later we will go through our inbox and email. You will be answered.”

5 Responses to “CULT OF LUNA IS GOING TO DISAPPEAR INDEFINITELY”