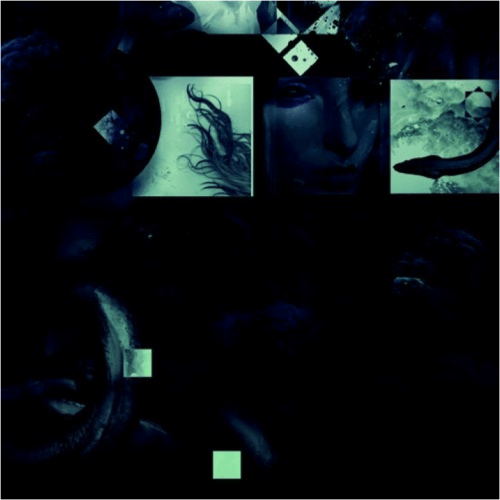 Now that that’s out of the way…

It’s a shame I’m only just now reviewing this.  Vildhjarta are easily one of the most important bands in the whole djent/prog-groove scene.  Måsstaden was a masterpiece in the way it interwove djent, deathcore, and doom into a cohesive atomic sonic clusterfuck of sainthood.  This EP, Thousands of Evils, sees a band already known for strange sounds and strange ideas experimenting even more.   It’s cool, if for nothing else, that this is a band who are unafraid to put their mere fucking around out there and see how it’s received.  The results are, as one would expect from these guys, dimension-opening.

All of the elements that made the band are still here: The relentless dual vocal assault, the guitar tone that sounds like a nuclear fallout, and of course Daniel Bergstrom’s brand of “how in the fucking fuck did he make that noise with a guitar?” style of riffing.  What is impressive about Thousands of Evils is how balls to the wall it is, and how little of a fuck it gives for cohesion.  Instead, it aims to achieve simply the most extreme reaches of whatever parts of the spectrum they hit.  The heavy parts are gargantuan in stature, the clean ambient moments soul-cleansing.

The songwriting, in order to fit the flow of the EP’s song-to-song structure, is also just as manic.  These are shorter, compact songs, some of them coming off as just mere ideas.  However, what you end up with are explosions of sentient rage.  Vildhjarta really could be described as the sound of the life cycle of a volcano.  The dormancy, the buildup, then the explosion, has always been something they’ve been good at.  Here that cycle is even more manifest, because the band play with dynamics quite a bit.  The experimentations are really awesome, like the mostly clean drone of “Dimman”, but the Bruthallity is still in full force.  For the most part, this is more Vildhjarta, more sonic concussive force pushing the limits of your ability to survive.

This makes me super-excited for the next Vildhjarta record.  It’s not better than Måsstaden, it is simply more sides to the same band — the same group of Swedes who sound as if they carry the weight of existence on their shoulders.

One Response to “SHORT BUT SWEET: VILDHJARTA — “THOUSANDS OF EVILS””