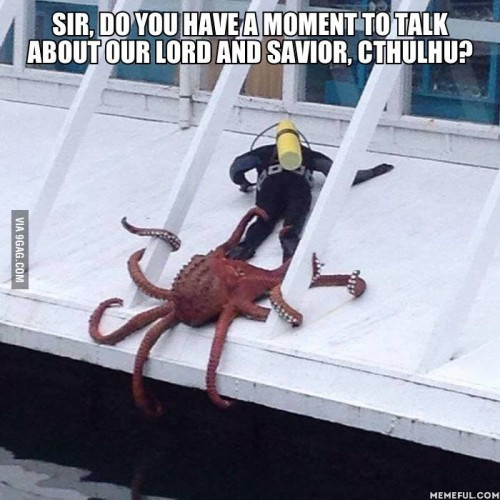 As this week draws to a close, I thought I would let you know what we have planned for you in the 11 days left in 2013, and then toss some free music your way. And by the way, are you as weirded out as I am to realize that this year will be over in only 11 days?

2013 has been a fantastic year for metal. I had been thinking that even before we started our LISTMANIA series, but all the lists we’ve been posting have really driven the point home. With every list I’ve been finding fantastic albums that I failed to hear or never even knew existed, on top of all the great albums, EPs, splits, and demo’s that I did manage to check out. And we’re far from finished with LISTMANIA.

At the risk of overloading you with still more discoveries, at the moment I have 11 more year-end list articles in the publication queue and am expecting at least another half-dozen to arrive in the next week. They come from NCS readers, fellow bloggers (including a quasi-reunion of writers from The Number of the Blog), metal musicians, and of course the NCS staff writers. And they are as diverse as the list pieces we’ve already published. I think they’ll be well worth your time.

And in case you’ve forgotten, I still do plan to roll out my own list of the year’s “Most Infectious Extreme Metal Songs”. I’m late in starting that rollout because I’m late in trying to winnow down the enormous list of song candidates that I’ve been compiling since last January. But I’m bound and determined to start naming them next week. As in the past, that list will continue into the new year.

Finally, we’ll have some additional reviews before the year ends and a few of our regular features, which have sort of been swept aside during the LISTMANIA push.

And yes, for any newcomers in the audience, we don’t take any breaks during the holiday season, because we’re not very smart.  We’ll continue posting things every day, 7 days a week, straight through New Year’s Day and beyond.

But even though we don’t treat the holiday season as an NCS holiday, we are mindful that it’s a special time of year, a time when friends and family gather together and exchange gifts they probably don’t need and may wish they hadn’t received, and stuff themselves with food they don’t normally eat and won’t burn off until the spring, if then. So, in the spirit of the season, we bring you a recipe for. . . CTHURKEY! 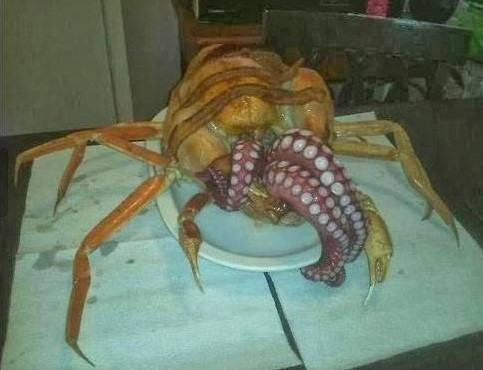 First, roast a turkey with bacon on top. Then boil a king crab. Then cook some giant octopus tentacles. Assemble, and season to taste. Serve on a platter from an old abandoned Lutwaffe base in Germany, and enjoy.

This Cthulhu-themed feast is the creation of one Rusty Eulberg, a database administrator from Lubbock, Texas. More details can be found here. (thanks to Andy Synn for showing me this monstrosity)

Okay, now for that free music, assuming you’re not salivating so much that you can’t concentrate on listening.

This freebie is a song by Old Silver Key, the collaboration between members of Drudkh and Alcest’s main man Neige. The song is called “Cold Spring” and it appears on Old Silver Key’s first and only album to date, Tales of Wanderings. As of today, you can download the track for nada at the Old Silver Key Bandcamp page — here.

And this is what it sounds like. We’ll be back with you again tomorrow.