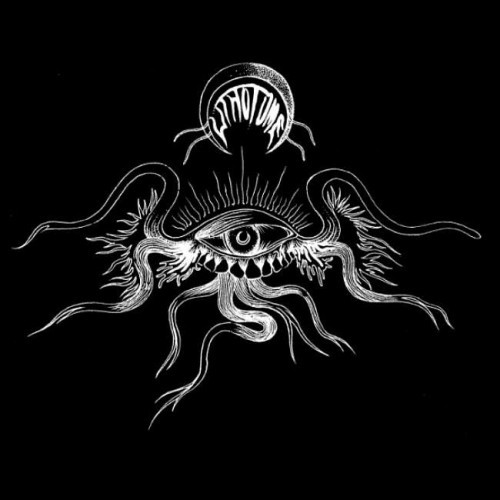 I first heard the name Lithotome last March via an e-mail from an Australian label named Fall of Nature, offering a promo of the band’s new self-titled debut album. I don’t remember why, but I didn’t follow up. Then I saw the name again on a year-end list by NCS reader 365chaosriddendays. And then I saw that Lithotome had made the album available on Bandcamp yesterday.

I listened to the first three songs, and then stopped and bought the album, because I already knew I would want to clutch it to myself like a misshapen offspring.

Lithotome began as a collaboration between Philadelphia musician Alex Poole (Chaos Moon, Esoterica, Krieg) and vocalist N. Imperial (Krieg, Twilight), and eventually came to include Jack and Steven Blackburn (Esoterica), and Dan Martin (Vrolok) as well The e-mail I received last March drew comparisons to Australia’s Portal and early 90s Finnish death metal, and having now heard the music, I can understand why. 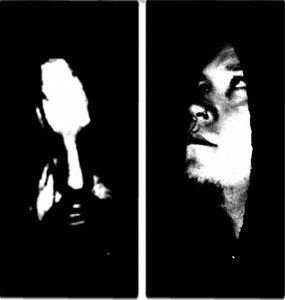 The deep, droning, otherworldly sounds of the introductory track provide a foreboding glimpse of what’s coming, but it’s really not adequate warning for the maelstrom of thoroughly crushing doom and death that follows. The music comes in waves of distorted, radioactive riffing and seismic rhythms, anchored by cavernous, grinding bass lines and spine-shaking drum beats and made doubly horrifying by a truly bestial, demented vocal performance.

This black/death ritual is dense and atmospherically bleak and daunting, but there is such variety in the rhythms and pacing, such ominous power in the needling riffs and malignant vocals, and such an invasive effect from the morbid melodies that the album proves riveting throughout its roughly 40-minute length, providing an apocalyptic vision into an indigo realm populated by monsters. It’s both highly disturbing and highly magnetic.

I’m stunned that I haven’t heard more about the album this year, because it’s superb.