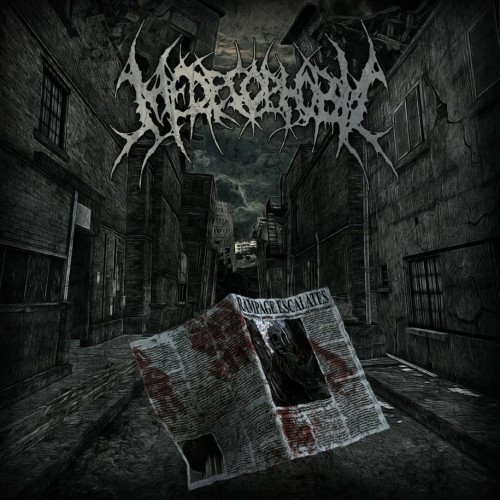 Brutal, slamming death metal is intrinsically visceral music, and “Cornered” punches really hard, right in the gut. The darting, jabbing riffs come fast and furious, and the off-the-hook drum attack is merciless (damn, am I loving the snare-drum weaponry on this song!). The instrumental work displays a lot of technical flair, the grooves are abundant, and the vocals sound like the cross-bred yowling of a sabretooth and a bear. Tasty! 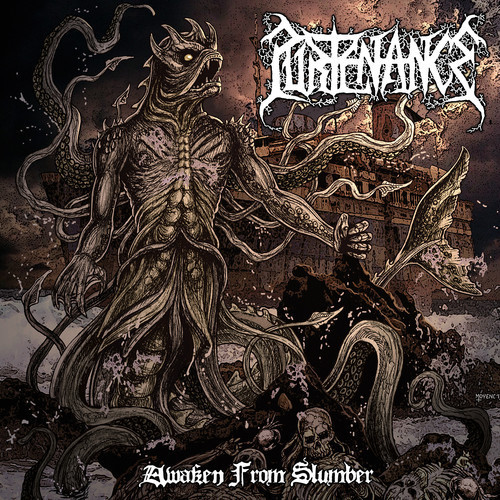 Twenty-one years is a long time between albums. Finland’s Purtenance released their debut full-length, Member of Immortal Damnation, in 1992. Then last year came signs of resurgent life with an EP named Sacrifice the King, and yesterday I discovered (thanks to a message from Utmu) that Xtreem Records released the band’s album in October of this year: Awaken From Slumber.

I first heard their name through a November 2011 feature on our site by Surgical Brute on the occasion of Xtreem Records’ re-release of the band’s 1990’s discography. Then, they were presumed dead. Now, without much fanfare, they are back.

Having discovered their rebirth, I searched and found a song from the new album named “Hour of the Cannibal” on Soundcloud, as well as a full-album stream on YouTube. I’ve embedded both below. Not having yet heard the whole album, I’ll just comment on “Hour of the Cannibal”: it’s a titanic death march that’s thoroughly obliterating. Weaving its way between putrid, scathing, riff storms and suffocating doom-shrouded passages, the song is dynamic and dense, the instrumental variability matched by the horrifying roars and hair-raising shrieks of the vocalist.

The song is so damned good, I’m eager to hear the rest of Awaken From Slumber. 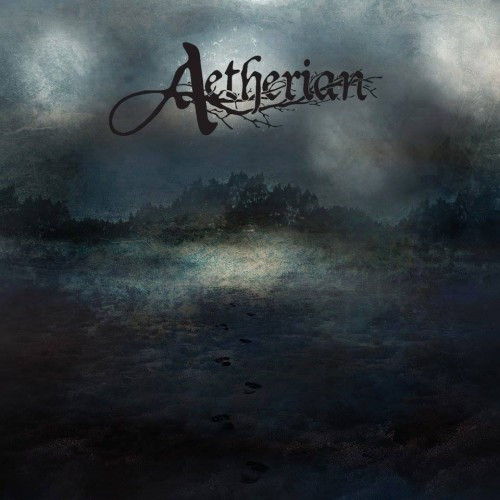 Aetherian appear to be another two-man band, this duo hailing from Athens. One of the two is guitarist Aggelos, who’s also in another very good Athenian band we’ve written about before, Damned Creed. Aetherian is a new project whose first song, “Drops of Light”, was released for listening in recent days. The swirling lead guitar in the intro grabbed me immediately, and the rest of the song didn’t let go.

The music borrows heavily from the traditions of Scandinavian style melodic death metal. At different moments in the song, I was thinking about Amon Amarth, In Flames, and Insomnium. For me, those are all hallowed names, and the fact that Aetherian succeed in invoking favorable comparisons is a testament to their skill. I also must mention that this song also includes a wonderful guitar instrumental passage that’s worth waiting for. In a nutshell, the music is well-written, well-performed, and has staying power (I’ve played it 6 times straight through so far).

I assume “Drops of Light” will be followed by more music, and I’ll certainly be watching for it. Listen below.