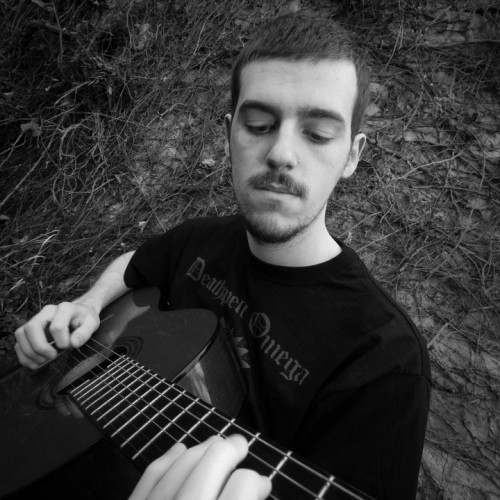 (In this new edition of THE SYNN REPORT, Andy reviews the discography of Derelict Earth from Grenoble,GFrance.)

Like I’ve said before, writing each edition of The Synn Report takes up a fair bit of time. And, since my job is pretty busy these days – and involves a lot of writing/typing – it sometimes takes me a while before I have a chance to really settle into the groove of things, to find the energy and the impetus to put finger to keyboard and rattle off a new edition.

I do try and keep to a “one per month” rule, but sometimes that slips. It’s unavoidable. So, with that in mind, please consider this particular entry, the second for December (and the last of 2013), as recompense for the lack of one last month.

You see I’ve been wanting to talk about Derelict Earth for a while, but the timing’s never been quite right. Until now.

What’s best is that each of these albums is available for free on the internet, with the artist’s full consent. So if you like what you hear after the jump, then you’ll be able to immerse yourself in his creative vision to your heart’s content! 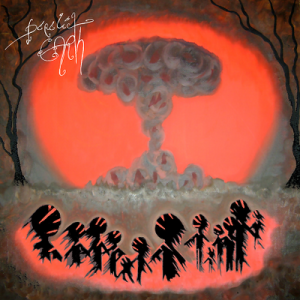 The very first Derelict Earth album is purely instrumental, and contains songs that are in general a tad shorter than those on the albums that would follow (for example, the average length here is about 5 mins, which increases to approximately 6 – then 7 – on the albums after), but which lay the foundation for the band’s always growing, always progressing, sound.

Slow-building instrumental “The Darkest Serenity” introduces the album with its gloomy, luxurious rhythms and liquid lead guitar work, leading into the spiky riffage and winding bass lines of “Wasteland Heirloom”, where overdriven guitars and chiming melodies twirl and twine over driving drum beats, creating an atmosphere of bleak, haunting beauty.

“Requiem for the Future” has a desolate vibe to it, comprising an array of glacial chords and electrifying lead parts, while chilling tremolo runs transition into fiery riffs and epic solo sections with cold and captivating clarity, beneath which smooth and supple bass lines flow with fluid grace.

“A Monument Collapse” is a mosaic of majestic melodies where each instrument gets a chance to shine, singular yet seamless, while “Gospel for Gaia” moves from a touching lullaby to a deluge of thunderous groove and torrential power, dragging the listener along with its inexorable pull.

Elegant and elegiac, “Sunrise” is a shameless display of pure Alcest-ian allure, while the eponymous “Derelict Earth” possesses a deep undercurrent of progressive solemnity not dissimilar to early Opeth, which underpins every biting riff and esoteric chord progression.

From humble beginnings “Like Dormant Water” transforms into a powerhouse of monolithic riffs and rumbling drums, threaded through with subtle nuances and touches of teasing progressive melody, before the album’s title track “Sins of the Siblings” closes things with its mesmerising mix of enigmatic guitar work and scintillating structural shifts, layering complex, proggy lead lines over a foundation of sharp, choppy riffage and grandiose chord progressions.

A quantum leap in both ambition and execution, And So Fell the Last Leaves… introduces the listener to Quentin Stainer’s distinctive mix of plaintive clean vocals and anguished growls. It’s interesting to note how the introduction of vocals to the music not only adds to and changes the sound of the band (building on the foundation of the instrumental debut), but also enforces changes in the writing and structuring of songs, expanding them to allow the newly implemented vocals room to breathe and explore.

The whisper-soft guitar picking that introduces “We, Experiment of God” soon gives way to an arrangement of primal riffs and raw-throated growls, backed by a constant barrage of battering kick-drums. Yet it maintains an air of melody and mystery, one which finds its fullest expression in the hypnotic clarity of the song’s mid-section, where ethereal notes and flowery bass lines shimmer around a frail and haunting vocal melody.

The morose lead guitar harmonies and swirling tremolo runs that begin “No More Sunset” transition smoothly into a tantalising mixture of reverberant chords and loose-limbed bass work, drifting through slow, patient periods of light and shade over which a silken shroud of clean vocals weaves a mesmerising spell.

There’s some serious vitriol at the heart of “The Locust Culture”, yet the song still expertly interweaves its layers of melodic pathos and metallic punishment with indulgent musical flair. Follow-up “At the Nadir of Men” possesses a doomy glamour well befitting its title, while “Carnal Transcendence” matches shivers of rapturous energy with moments of wrought, emotive exhaustion, wrapped up in a series of lithe, coiling bass lines.

The complex instrumental arrangements of “Scars of Truth” provide the perfect canvass for Stainer’s ever-evolving vocals, painting a picture of primal catharsis with a colourful palette of visceral growls and phantom cleans. After this, the driving intensity of “Awaiting the Heat Death” provides its own alchemical mixture of explosive death growls and sublime clean vocals, distinguishing itself with an array of absolutely phenomenal hooks and stellar instrumentation.

The album climaxes with the densely packed “And So Fell The Last Leaves…”, which weaves together tangled threads of power and melody, its majestic riffs wrapped in layers of twining tremolo and binding bass work, its patient moments of meditative calm enlivened by elements of pure, sweet harmony, all building together into something truly glorious. 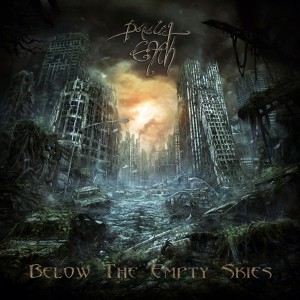 From the moment the dreamy opening strains of “The Graveyard of Dreams” transform into a sizzling display of punishing progressive power and raw, blackened ferocity, to the last seconds of the darkly beautiful title track, Below The Empty Skies takes the listener on a vivid journey of sound and vision, drenched in shadow yet bursting with light.

The meshing of plaintive clean vocals and caustic growls on “Trapped In a Flesh Cocoon” place the song somewhere between Opeth and Borknagar, a feeling only enhanced by the deft mix of twisted drum work and smooth melody. which underpins the song’s carefully woven tapestry of calm and chaos. At times it rages like the heart of a storm, at others it drifts languidly by in a sea of soothing ambience, patient and reflective, yet always with purpose.

The more ominous “King Nobody” is initially more aggressive, with a nice line in stomping drums and taut tremolo guitars. However it slowly turns in upon itself in an introverted spiral of wandering notes and gleaming melodies, before spinning off once more in a new direction, where slippery fretless bass loops and slithers around tense, wiry riffs that bristle with electric intensity.

The smooth, undulating bass lines and fragile vocals melodies that introduce “Screams of the Speechless” soon make way for a frenetic metallic gallop, interspersed with moments of melodic grace and shining progressive instrumentation, while “The Great Degenerate Circus” has a far bleaker, darker vibe, favouring morose introspection and restrained, brooding fury over its predecessor’s vibrant energy.

“Elegy for Decayed Nations” creates a sombre atmosphere that permeates every moment of the song — from the slow lamentation of its beginning, to the churning waters of progressive death/black metal riffage that follow, right up to its doom-laden final bars. “Ashes Rain” switches freely back and forth between two opposing styles, moving from driving power to softly sensuous melody and back again in a hypnotic display of potent power and enigmatic grace.

The album culminates in the title track “Below The Empty Skies”, a 9-minute masterpiece of pure progressive metal glory, where gleaming, golden threads of melody and ambience mix and mingle with feverish riffs and eclectic lead parts, tied together by an unforgettable synthesis of forlorn clean vocals and savage growls.

Sample song: “Below The Empty Skies”