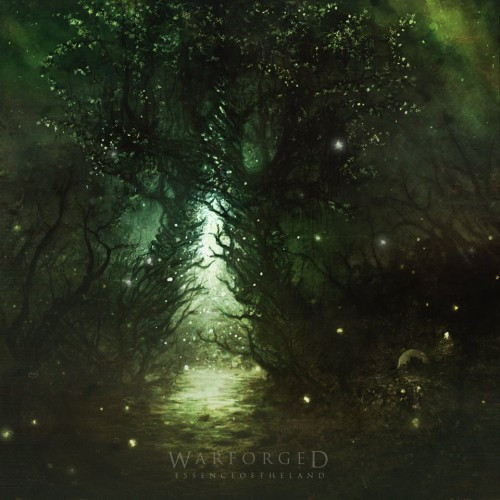 (In this post, TheMadIsraeli introduces us to a death metal band named Warforged, who have a new EP on the way.)

If Warforged release a full length this year, I predict it’ll be at the top of the heap.  I’ve been hearing things about these Chicagoans for a while, but nothing substantial had ever come out and what I could hear from their earliest efforts was severely underdeveloped and, now in hindsight, was totally unrepresentative of what they do.

Based on the sounds from their forthcoming debut EP, Essence of the Land,  Warforged play progressive tech-death with a heavy black metal influence.  The array of influences you can hear are many, emanating from sources such as Martyr, Spawn Of Possession, Gorguts — mostly from the alien, angular, tech-death circuit — while also channeling bands such as Emperor, Daylight Dies, In Mourning, and The Faceless.

I figured now was a good time to write about these guys because they have just released a video for not one, but three songs, suggesting that the EP, the album art for which you can see above, is an epic suite.  This video is ¾ of that suite, and it completely bewilders and amazes me.  I don’t think you’re ready for this.

10 Responses to “BANDS YOU NEED TO HEAR: WARFORGED”