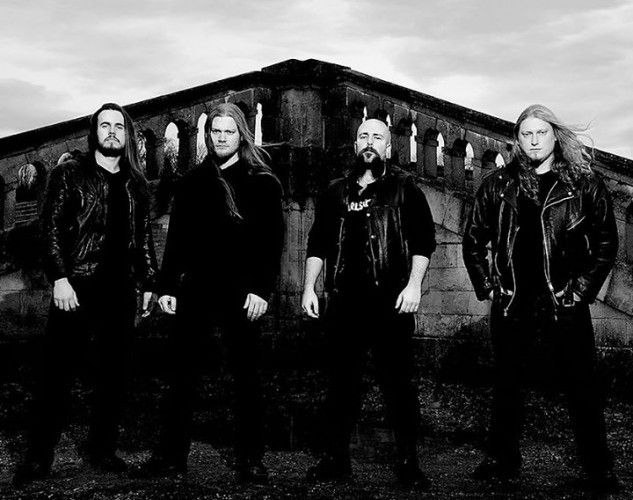 The last 24 hours brought news of two new signings by Candlelight Records that I thought were worth some attention.

We’ve been following the progression of UK-based Ancient Ascendant (pictured above) very closely, with very positive reviews (by Andy Synn) of both their 2011 debut album The Grim Awakening and their 2012 EP Into the Dark. With the EP, the band transitioned to a somewhat different style than had been evident on their debut album and the EP that preceded it (The Heathen Throne). To quote Andy:

“The thrashier stylings of The Grim Awakening have been drastically pared back to make room for a more cutting, blackened approach, replacing thrashing vigour with blackened vitriol, while maintaining the monstrous death metal heart of the band. The songs now have more of a cut and thrust to them, slashing and slicing with psychotic precision, where before they were, at times, simply content with a more bludgeoning form of sonic brutality.”

They’ve now written and recorded a new album (with Dan Swanö again handling the production) that Candlelight plans to release later this year, and it’s one we’re very interested to hear. Congratulations to both Candlelight and the band on this promising new partnership!

Check out the official video for “Driven By the Dark” from the band’s most recent EP. 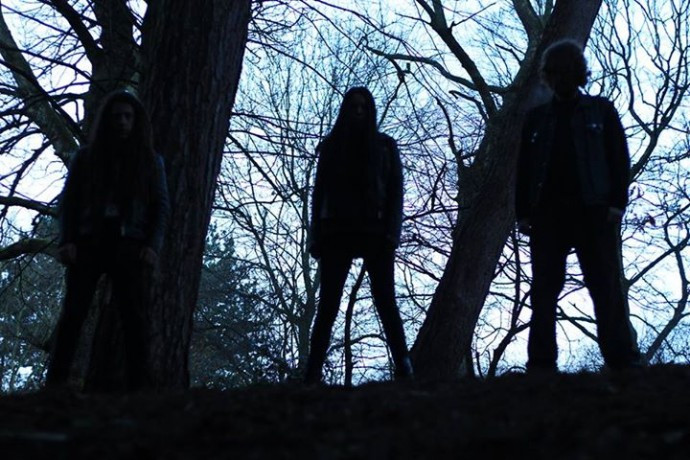 I first discovered Coltsblood through Andy Synn’s review of their performance in Birmingham, England, last December with Watain and Funeral Blood. Here’s what Andy wrote about them:

“With a truly crushing, monolithic sound, the three-piece certainly may not have been the obvious choice to provide support to the Swedish outlaws, but their grim, howling doom offered a welcome and different form of darkness.

“Rumbling, gut-level bass lines, hanging, guillotine chords, squalling guitar dissonance, and brash, resonant drums made up the core of the band’s sound, while the stripped and bare-bones vocals were delivered in a Tom G. Warrior-esque bellow – wounded, anguished, and broken by despair.

“Every song was a binding, burnt offering of punishment and pain, which slowly but surely insinuated its way into the collective unconscious of the gathering crowd. Remember the name.“

Well, having read that description, I sure as hell remembered the name! And in fact, I started hunting for their music, discovering both their 2013 self-released demo Beyond the Lake of Madness (later released on vinyl by Ulthar Records) and their four-track split with Crypt Lurker last fall, which featured a cover of Celtic Frost’s “Procreation (Of The Wicked)”. All of the Coltsblood songs on those releases are available on their Bandcamp page (linked below), and I strongly suggest you go exploring there.

Last September Coltsblood recorded a debut album with Chris Fielding (Primordial, Winterfylleth, Napalm Death, Electric Wizard), which was mastered by James Plotkin (Khanate, SunnO))), Indesinence, Isis), and that’s what Candlelight will be releasing later this year. Its title is Into The Unfathomable Abyss. Remember the name! And listen to those Coltsblood tracks from the Crypt Lurker split below.

Not a bad way for Candlelight to begin the year.