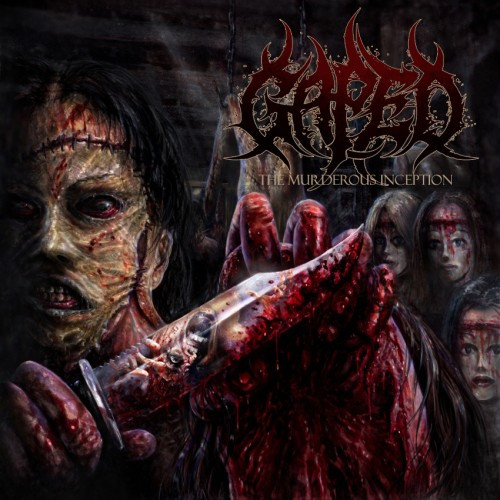 (In this post our friend from The Dominican Republic, Vonlughlio, provides a guest review of the recently released debut EP by Australia’s Gaped.)

First of all, I would like to thank Islander for the opportunity to write for NCS about a band that I discovered last year, while doing my year-end list.  That band is a death metal act named Gaped from Newcastle, Australia, signed to Lacerated Enemy Records. Gaped is the brainchild of Ryan Huthnance, who is the vocalist and plays all the instruments, with lyrics written by Shane Watts (Nekrology and ex-Osmium Grid).

As I mentioned, I discovered this band while doing my list. Up to that moment, I only had two EP’s that I had really loved throughout 2013.  While compiling the list I decided to check out the label’s FB and saw that they had posted the single “Realm of Impurity” from Gaped’s upcoming EP The Murderous Inception and decided to listen (plus, the cover art by Mottla Brutal Art is just killer).  So for the next couple of days, I found myself listening to the song over and over. It’s really groove-oriented, with killer riffs, and the vocals were just insane.

Once the EP was released, I went to the label’s Bandcamp (where I had purchased some of Lacerated Enemy’s other releases) and right there discovered that Gaped had recorded a cover of a Cannibal Corpse song (“Stripped, Raped and Strangled”). I mention this because “Realm of Impurity” had reminded me of CC and some other old school death metal acts. But anyway, I listened to the whole EP and bought it right away. 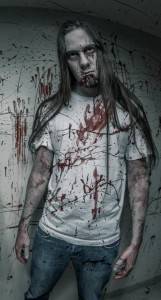 The level of musicianship is outstanding, from the first song to the last one, each of them standouts in my opinion.  The vocals are one the highlights, understandable to a point, with growls in some parts of the songs that are intense.  The record is also very well-executed, with blast beats when they are needed, guitar solos that are well-placed in the song structures and show Gaped’s melodic side, and  plenty of aggression at all the right moments.

I should also point out that before listening to the cover song on the EP, I was somewhat skeptical, mainly because I have found few covers that I enjoy. Of course, there are exceptions, this being one of them.  Not only have Gaped recorded an excellent cover and played it perfectly, they put their own touch on the song, if that makes sense.

This is an EP that everyone should hear, and if you like what you find, please go support the band and the label.

You can stream and buy the digital version here:

or buy the CD and other merch here:

3 Responses to “SHORT BUT SWEET: GAPED – “THE MURDEROUS INCEPTION””