I went to an annual party last night with co-workers, friends of theirs, and friends of mine. It’s a celebration of the life of Robert Burns on his birthday. He would be 255 years old if he were still around. I feel 255 years old this morning. I blame the amber bead.

As has become traditional, this morning I’m going to a “hangover-cure, southern-fried” feedbag at a friend’s house, attended by whoever else besides me survived last night’s blowout. There will be hair of the dog, in addition to a mess of high-calorie comfort food, none of which will cure my hangover — but misery loves company.

All of this is by way of excusing the fact that I don’t have a big mess of comfort metal to serve you today. But I hate to let a day go by without something new, and thanks to my NCS comrades, I have two somethings to throw up here on the site before I go ineffectually attempt to cure my hangover.

Did I just say throw up? A Freudian slip.

My first something is a new lyric video by a New Jersey band formerly named Exorbitance and now named Framework. Less than two weeks ago TheMadIsraeli reviewed their debut album under the Framework name, which he called “a fucking amazing record, showcasing these blood-hungry Americans’ ability to craft melodic death metal that retains the militancy and commitment to crafting brutal, yet epic songs that give you whiplash.”

The new video is for a song from that album named “The Stains of Time”. It actually made me feel better when I heard it this morning even though it’s a fireball attack of frenzied percussion, blazing riffage, and wolfish howling. Cool melody and very cool soloing. Check it out below (the album is “pay what you want” on Bandcamp). 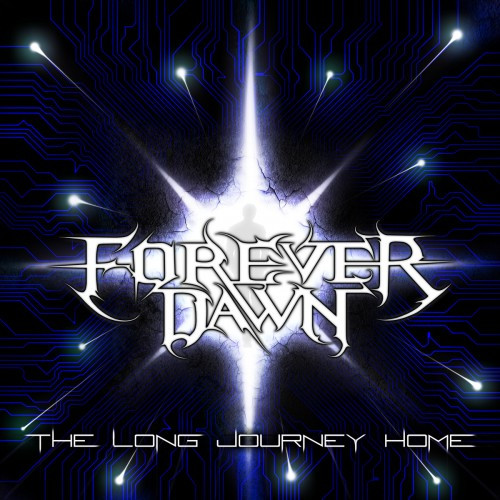 Do you remember the Vegan Black Metal Chef?

I remember him, though I hadn’t thought about him in a long time. Well, via a message from DGR that came in while I was drowning myself in the amber bead last night, I found out that he has a solo music project named Forever Dawn that released a debut album earlier this month. Its title is The Long Journey Home and it’s on Bandcamp for $5.

In my current damaged condition and in my haste to head out to that “hangover-cure, southern-fried” brunch, I only listened to the first two tracks — “Maelstrom” and “Man Made Machine”. When DGR wrote me, he characterized the music as “heavy symphonic black with a couple of industrial spins and whirs”, and so it is. These songs made me feel better, too. They made me imagine that I was about to embark on an epic hunt with a wolf pack for companions instead of curling up in the fetal position and moaning pitifully. Listen below. See you later.

7 Responses to “SEEN AND HEARD: FRAMEWORK AND FOREVER DAWN”