Welcome to Part 11 of our list of the year’s most infectious extreme metal songs. For more details about what this list is all about and how it was compiled, read the introductory post via this link. To see the selections that preceded the three I’m announcing today, click here.

That’s right, three songs today instead of two. I have reasons for grouping them together, but not because they’re similar. In fact, the styles of metal are quite different. I’ve put them together in this post because all three bands are relative newcomers, they’re all from the U.S., and they’ve already given us ample cause to expect great things from them in the future — because what they’ve already accomplished is pretty great. Of course, these three songs are also damned infectious.

This Minneapolis-based band will not be a new name for followers of NCS because we’ve been covering them closely since June 2011, when I included them in a feature that focused on a handful of promising bands I’d found who had less than 100 Facebook likes (they’re over 2,000 now). Musically, Oak Pantheon haven’t been standing still since then. Every new release seems to bring surprises — and further proof that their talents are as expansive as their musical interests.

Their latest release was a 2013 split with Amiensus (yet another very promising U.S. band), which I reviewed here. Oak Pantheon’s contribution to the split is a song entitled “A Gathering”. It manages to rock very hard while also being worthy of the label “epic”. I thought the riffs were ridiculously catchy when I first heard it, and time has only confirmed my first impressions — I’ve been drawn back to the song a lot over the last three months. It was a foregone conclusion that “A Gathering” would have a place on this list. Listen: 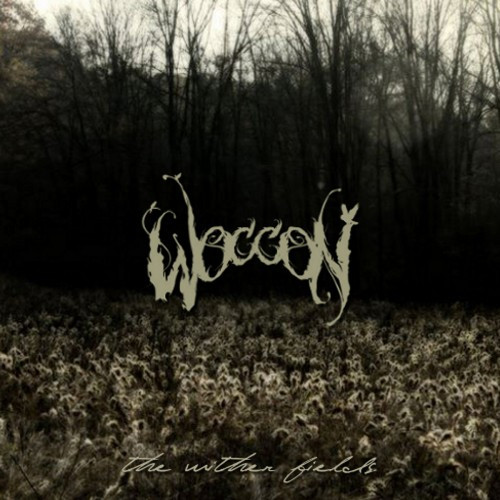 Not every song on this list comes from a band we’ve written about at NCS. Woccon (from Athens, Georgia), for example, is a name we’ve never previously mentioned — and shame on me for that omission. I first heard about them through an e-mail recommendation from NCS reader CarlSk back in April of last year. On his recommendation, I checked out the band’s 2013 album The Wither Fields (which followed a 2011 EP and a 2012 single) and was so impressed that I vowed to post a review. I sure fucked up that plan and I don’t even remember why.

But I’m at least going to give some recognition to Woccon now. The Wither Fields is very strong all the way through, but its lead-off track “Our Ashes” has become a particular mainstay in my listening since last April. With excellent songwriting, excellent performances, and excellent production, it conveys both immense power and near-ethereal beauty and inspires favorable comparison to other excellent doom-influenced melodic death metal bands such as Daylight Dies and In Mourning. I get thoroughly lost in the song every time I hear it.

Like Oak Pantheon, Æther Realm (from Greenville, NC) will be a familiar name to most NCS readers because we’ve been following them closely since discovering their auspicious debut EP Odin Will Provide (2011). They released their debut album — One Chosen By the Gods — during the first days of January 2013, and DGR reviewed it for us here. After comparing Æther Realm‘s style to bands such as Ensiferum, Kalmah, and Turisas, DGR wrote this:

“How often have you heard bands say that they play a certain style of metal, and then you hear boring, rehashed, by-the numbers riffs with decent vocal work which does sound like what the band described – but it’s not interesting. That is a very difficult pitfall to avoid, and one that Æther Realm have managed to avoid. They have made music that not only sounds like their influences, but also is of such quality that they capture the magic that those influential bands had when they first became popular and seemed magical to everyone. Really, that’s an almost incredible accomplishment.”

And indeed it was — One Chosen By the Gods is not only a non-stop blast to hear, it’s a genuinely impressive accomplishment.

It’s also one of those albums that was the source of multiple candidates for this list. But although I’ll probably get arguments that “Swampwitch” is the song I should have picked, the closing track “Oak” is the one I chose. Though not quite the speedy adrenaline surge that “Swampwitch” is, it’s a multi-layered piece that has “epic” written all over it, and the melody at the core of the song is really memorable. Listen below.

3 Responses to “OUR LIST OF 2013’S MOST INFECTIOUS EXTREME METAL SONGS: PART 11”