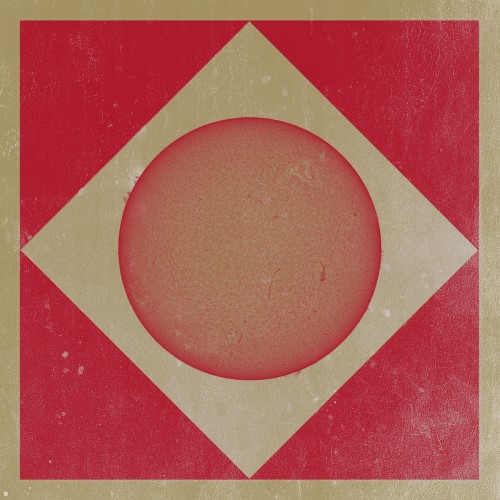 Over the intervening years the Norwegian new-age nihilists (with periodic input from the irrepressible Stephen O’Malley, who would occasionally return to the scene of the initial crime to offer his inimitable assistance) have cut and pasted, chipped and painted, mixed and moulded these three compositions– adding, subtracting, metamorphosing and mutating – into the final forms we see here today. 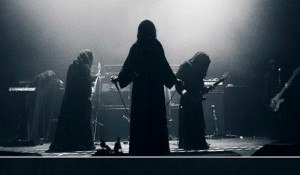 As befits such a strange, yet oddly fitting, collaboration between artists, each song produced seems to exist in perfect harmony, capturing contradiction, moving without motion, frozen yet fluid, each piece an isolated image, a singular moment in time, a perfect confluence of creative connections.

Slow and serene, yet ever changing, “Let There Be Light” is very much the dawning of a strange new world – one where soundwaves shimmer and dust devils of distortion spin and swirl on their own lazy paths, grounded always by the soft hammering heat of daylight.

Like the sunrise, it creeps up on you… for so long it seems like nothing is happening, the faint rays of light grow no brighter, the dim shadows grow no clearer. Then… in an instant… dawn has broken, the world is born anew… Such is the feeling the song creates. A tension without tense, wordless with longing, breathless with anticipation. You’re afraid to look away, afraid to let your attention wander, lest in that one second… everything will change. Colour and life return in a sudden rush of perception, your senses suddenly overwhelmed by the weight of light.

By contrast, “Western Horn” seems to hang suspended in the air, motionless and formless — without direction, without horizon, yet heavy with promise. Slowly but surely it begins to take shape, wreathed with intangible flaws and fractures, layers of softly thrumming feedback coalescing out of the ether to form the foundations of this new reality. It’s the sound of time standing still, a yawning abyss, an insurmountable distance, whose emptiness echoes with the haunting sound of absence and void. 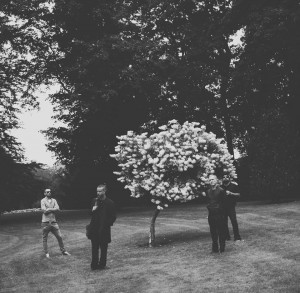 As well as being the only song to feature Kristoffer Rygg’s sublime vocals in any truly recognisable form, “Eternal Return” is also the most monolithic piece of this triptych, an ourobouros tapestry of light and shadow, shape and shade. It wells up from dreamless depths in slow-burning streams of molten bliss, its deep tones rumbling through your bones while held notes linger beyond their breaking point, dissipating in ghostly breaths.

Far from a quick fix, it offers up its melancholy on an altar of impenetrable sound, its densely woven strands of droning harmony and intangible melody undulating and stretching, exposing tantalising glimpses of what lies beneath, what lies beyond, as the whole thing slowly turns in upon itself once more, contracting again into a singular chromatic core.

Ultimately this is the sort of once-in-a-lifetime collaboration that could only ever have come about at a specific point, a moment when the stars aligned, when the planets were in conjunction, a pure nexus of camaraderie and creativity.

The fact that the final composition took so long to come to fruition serves as a mental snapshot of the place both bands were in at the time, as well as providing a window into their progression ever since.

Bear in mind that the initial recording work was done in 2008, and the impact of the session – the blissful ideology and sense of space – seems, in hindsight, immediately apparent on Sunn O))) ‘s more avant-garde and  experimental Monoliths and Dimensions. Though whether the creative process for Terrestrials influenced the crafting of Monoliths…, or vice versa, is a question that may never be answered.

In Ulver’s case, the seeds sown in those early days seem to have taken longer to bloom, yet represent the ultimate fulfillment of a natural cycle. Terrestrials bursts with the solemn warmth of Shadows of the Sun, and yet, fittingly, the seeds planted here have only truly come to fruition in the epic minimalism and operatic emptiness of last year’s Messe I.X-VI.X.

In this way – in the manner of its construction, its slow gestation, its creeping influence on the growth and development of both bands – it’s possible to see Terrestrials as both seed and flower, both an ending and a beginning, a celebration of life, and light, and the spaces in between.

According to the bands, the cover art is a “portrait of our sun, captured in the wavelength of hydrogen alpha light (656.3 nanometers in the deep red) on June 10, 2012”, by Alan Friedman (avertedimagination.com). Terrestrials will be released by Southern Lord on February 3 and can be pre-ordered in digital form or on vinyl via the links below: