Here we present Part 14 our list of the year’s most infectious extreme metal songs. For more details about what this list is all about and how it was compiled, read the introductory post via this link. To see the selections that preceded the two I’m announcing today, click here.

You may have noticed that some of the fun I have in compiling this list comes from decisions about how to group together the 2 or 3 songs presented in each installment. Today, for example, the unifying theme is the “formula” that each band uses in its music (and I put that word in quotes because the music is far from formulaic):  Riffs + Poison

I like to think I’m very egalitarian in my outlook about most things, including metal. But every now and then I find myself instinctively falling prey to the disease of “metal elitism” — something to which I’m usually immune. For example, when I saw Inquisition’s 2013 album appearing on one after another year-end list from the so-called “big-platform sites”, I grumbled to myself, “they’re just doing this in an effort to prove they’re cool”.

And then I remembered: The riffs on that album are about as close as you can get to an orgasm without someone rubbing on your nether parts. Anyone can appreciate that!

Despite the fact that I wrote no fewer than six features about this album, we somehow never published our own review. I hang my head in shame. Because it deserves all the many accolades it has received and all of its high placements on year-end lists from… well… almost everyone. It has riffs galore, the kind of riffs that most people would kill to write in such abundance. And it has much else besides.

You could pretty much throw a dart at the track list and come up with a legitimate pick for this list. I used a somewhat less random mental process and selected the title track, and here it is: 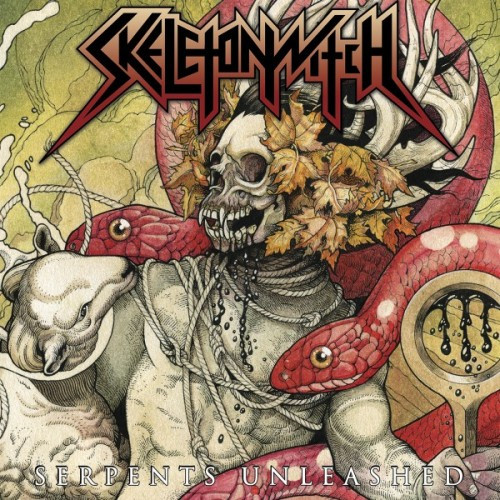 We did manage to review the 2013 album by Skeletonwitch, and so I’ll borrow the words of BadWolf:

“After four years of replacement drummers and studio experimentation, this record feels like the defining moment for the band, the most assured record in their catalog next to 2009′s Breathing the Fire…. [I]ts genre-hopping frenzy is equal parts aggression, melody, and energy—a simple recipe for a great party metal album.”

I would agree that this is a great party metal album… if you’re partying with razor-wielding serpents with bared fangs and a head full of speed. Because as undeniably infectious and galvanizing as the music is, and as top-shelf as the musical performances are, it’s also plenty poisonous — which is one reason why I like it so much.

It’s also one more album from which a song could be selected for this list by using darts. But my favorite neck-breaker is “Beneath Dead Leaves”. “That’s right!!!”