We present Part 24 of our list of 2013′s Most Infectious Extreme Metal Songs. For more details about what this list is all about and how it was compiled, read the introductory post via this link. To see the selections that preceded the three songs I’m announcing today, click here.

I’ve grouped the following trio of songs for two reasons, despite the fact that they span different metal genres: First, they share a certain predatory vocal viciousness. Second, they all feature at key moments a kind of very cool swirling sound that I assume is produced by guitar finger-tapping (or maybe keyboards in the last song) — though I’m not a musician, so what do I know?

The first song in this collection is a rarity: It comes from an album by this Swedish band that we never mentioned in any of our regular features during 2013, much less reviewed. Professor D. Grover the XIIIth named the album (The Unholy Communion) to his NCS list of the year’s Top 40 albums, and the album also appeared on several year-end lists posted by our readers. But I didn’t get around to exploring it until early 2014.

One of the songs — “Jesus Nazarenus (Rex Insecta)” — struck a particular chord. It’s a bludgeoning attack of old-school Swedish death metal, fired up with rancid guitar soloing, bestial vocals, and hard-charging rhythms. But it’s that swirling guitar melody which rears its head around the 1:30 mark that has really sunk its hooks into me. 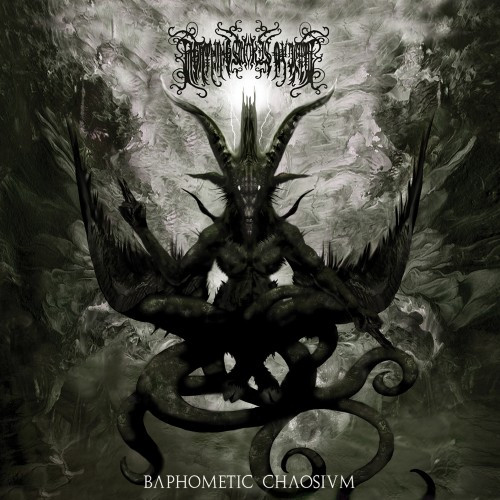 “They’re a band who put the emphasis on the METAL part of Black Metal, heavy, aggressive, and uncompromising, drawing elements liberally from across the Thrash, Death, and Traditional spectrum, without upsetting that careful balance between occult glamour and oily grime that Black Metal thrives on. More than anything they’re an unrepentantly dark and blasphemous band, a band whose sound touches on something nameless and forgotten, an atmosphere, an aura, of something not quite human, not quite alive, permeating every note and every aspect of their music.”

The album’s title track is the song I’m adding to our list today. The warbling melody of the intro is immediately infectious and so is the rising tremolo melody that comes later. Black ‘n’ roll rhythms mix with vicious blasting, and the rancid vocals spew blasphemies in acidic streams. It’s a devastating and distinctive song that I’ve come back to frequently since first hearing it.

Wolves stick together, and so it was that BadWolf came to review this Michigan band’s 2013 debut EP Elmhaven. As he pointed out (here), the music effectively combines strands of both melodic hardcore and ambient black metal into a very appealing union — though I wouldn’t criticize if you chose to call it melodic death metal, especially since that seems to be the genre description preferred by the band.

Whatever description you find most suitable, I think it sounds really good (though the cracked and strangled vocals may not appeal to everyone). The EP’s opening track “Elmhaven I” has exerted a particularly strong appeal. It’s both hard-driving and sweepingly melodic, both jolting and emotionally resonant. It has stuck with me so persistently that I think it deserves a place on this list.

P.S. It appears Mourning Wolf will be delivering a new EP by this spring. Stoked for that.

3 Responses to “OUR LIST OF 2013’S MOST INFECTIOUS EXTREME METAL SONGS: PART 24”