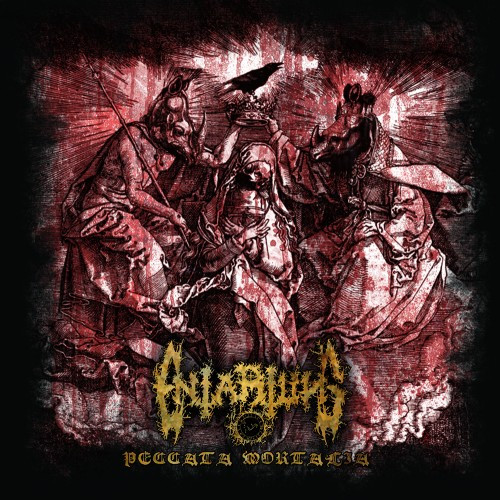 The strength of the song lies principally in the powerful tremolo-picked melodies that heave in the music like ocean swells, and in the shifts between the bleak, frigid atmospheres they create and the black, rocking rhythms and other transitions that segment this long song. It’s easy to become immersed in the wintry tale Entartung are spinning.

Listen below, and if you have any trouble getting the embedded player to work (SoundCloud has been having some issues), use this link: 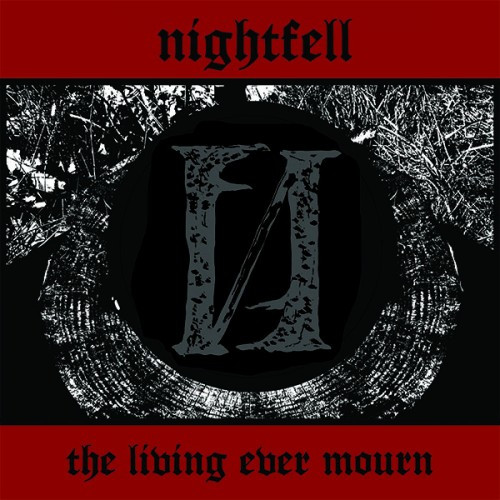 What made me sit up and pay attention to Portland’s Nightfell was the presence of Tim Call in the band. He’s the drummer and co-vocalist for Nightfell but is also a fixture in The Howling Wind, Aldebaran, and Weregoat, among others. His Nightfell partner in crime is guitarist/bassist/co-vocalist Todd Burdette (Tragedy, Warcry, Trauma, and others). Together they recorded a debut album entitled The Living Ever Mourn, which was digitally released last week on Bandcamp and will  be coming on vinyl via Parasitic Records.

At this writing I’ve only listened to the first four tracks from the album. I’m completely floored by them. If I were more patient and had better odds of actually writing a review, I would have waited to hear all of the album before saying anything about it. But since I’m impatient and staggeringly behind in my review queue, I will say this now: Begin listening to the album without delay.

Call and Burdette have created something very special with elements of doom, death metal, black metal, sludge, and an abundance of juicy riffs. “The Last Disease” builds into a storm of intensity and then abruptly collapses, only to begin rising again on the back of a somber but gripping guitar melody. It segues seamlessly into an atmospheric keyboard interlude (“I”) that functions as the song’s outro — something like a cold journey into the void.

And oh man, if your head doesn’t start nodding immediately when “I Am Decay” begins, I’ll be very surprised; it will probably continue bobbing even when the song devolves into a horrifying crawl through a pit of congealing tar. “Empty Prayers” is a real curveball — a stately, slow blending of doom and pagan/folk stylings that features an acoustic interlude and clean vocals. It’s dark, memorable, and (forgive my use of the cliche)… epic.

I’ll bet my next paycheck and yours that the rest of this genre-crossing album is just as powerfully good as these first four tracks. 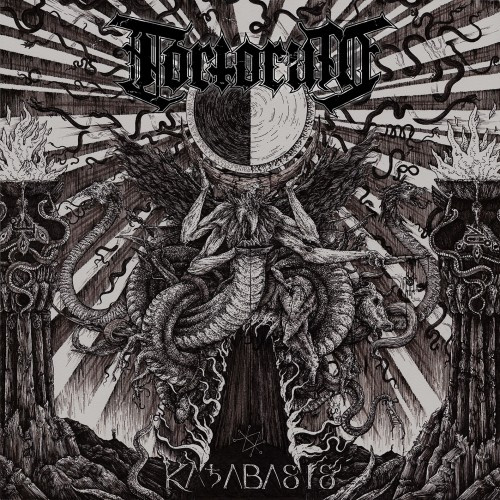 Yet another new discovery for me, Tortorum are a three-man wrecking crew whose members are originally from Norway, the UK, and Poland. Their debut album Extinctionist was released in 2012 and, like Entartung, their second album will be coming our way via the World Terror Committee on March 8. The new one’s name is Katabasis, and late last week Terrorizer premiered a song from the album named “Into the Sixth Coil”.

It’s rampaging and rapacious — a storm of blasting drums, destructive riffs, and impassioned vocals that move from throat-scraping howls to soaring, cleans that bespeak agony and anger. But the song isn’t all one thing — its pacing is dynamic and its palpable malevolence is matched to a memorable melody. It’s a very tempting teaser for the new album.