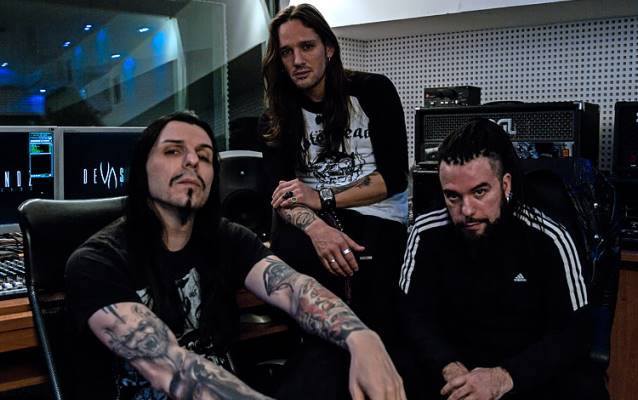 Just about a week ago we reported that Septic Flesh had become Septicflesh and had completed the recording of a new album — an album made in collaboration with the Prague Philharmonic Orchestra and Choir and a full children’s choir.

Today brought us a few more updates. First, the album’s name will be Titan. Second, the band released Part 1 of a video about the creation of the album. In this one, guitarist and composer Christos Antoniou presents the recording sessions with the Prague Philharmonic. You can see that after the jump.

And third, since the band have unified their two-word name, they need a new logo, don’t they? And after the jump you can see that, too, via a short animation

The album will be released this summer via Season of Mist for Europe and via Prosthetic Records for America.

12 Responses to “SEPTICFLESH: “TITAN” IS COMING”