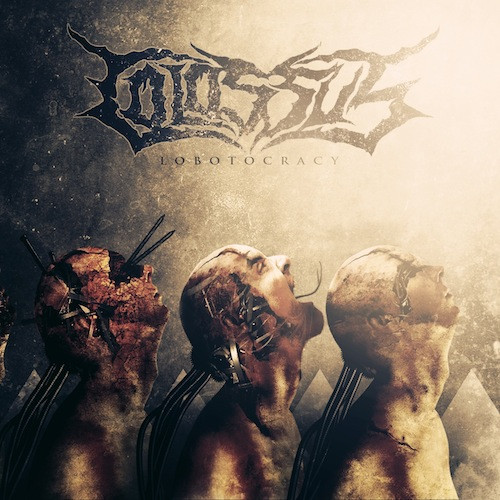 Deathcore is not dead, but it is evolving, and branching in different directions. With their forthcoming debut album Lobotocracy, the French band Colossus show us the direction they have taken, and we’ll be giving you a glimpse of it through our exclusive premiere of the album’s seventh track, “Endless Torments”.

Lobotocracy is non-stop warfare — a maiming, vicious, often technically acrobatic assault that’s far closer to Aborted-style death/grind than Colossus’ deathcore roots. It brings the punishment with pile-driving grooves, a plethora of guitar leads that squirm, skitter, and swarm, and rapid-fire, start-stop riff bursts that will leave flesh in tatters. The album reveals a noticeable step-up in technical proficiency, and the band infiltrate their brutal hammering with an array of bleak, insidious melodies that leave no room for hope.

There’s no solace to be found in the band’s dual-vocal barrage either. Those hoarse roars and hair-raising shrieks match the destructive intensity of the rest of the music. 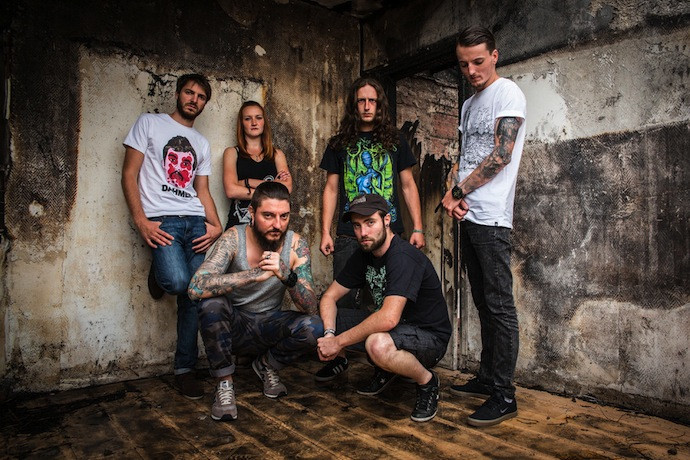 “Endless Torments” is a good example of what awaits within Lobotoracy. It’s loaded with punishing riffage, writhing lead-guitar outbursts, and tremolo-picked note swarms. And don’t be fooled by the pause that comes near the end — it’s followed by a roof-collapsing breakdown.

Lobotocracy is scheduled for release by the French Klonosphere label on February 28 and can be ordered here. One other song from the new album — “The Path of Retaliation” — is also now streaming on Bandcamp, and you can hear that one below, too. Now, enjoy “Endless Torments”.