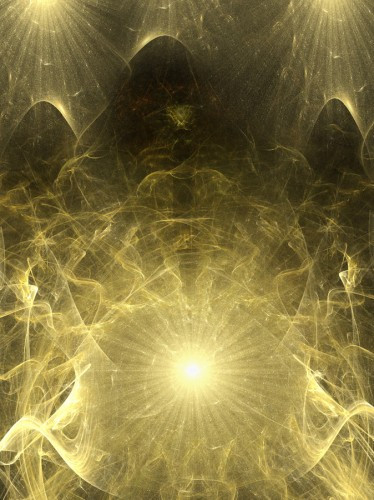 artwork by Kati Astraeir, which has nothing to do with this post

The subjects of this post are a bit awkward for me to discuss, but they’ve been on my mind lately and the more I can get off my mind and put onto yours, the more light-headed I’ll feel. So here goes:

Premiering new music or new videos is something that music sites and metal blogs like to do. Premieres are publicized by the people who get to do them and by the bands, as well as by labels and PR agents, if they’re in the picture for a particular release. That drives traffic to the sites who get to host the premiere. When you get to premiere a music or video, you also have the pleasure of sharing something you like (though I guess some sites will premiere music regardless of what they think of it).

You’ll notice that a lot of sites prominently use the word “exclusive” when they do a premiere. When used correctly, “exclusive” means that the site in question is the sole source for the music — you can listen to the premiere at that location, and nowhere else. In some cases the exclusivity period may not last long — the band or label may upload the music somewhere else a day or two later — but sometimes it may last for weeks or even longer.

The way to ensure exclusivity is to premiere the music in an embedded player that can’t be copied and embedded by anyone else. For example, if you upload music to SoundCloud for streaming, you have the option of disabling the “share” feature that allows other people to copy the embed code and use the widget to stream the song or album on their own sites or blogs. Why do people do this? 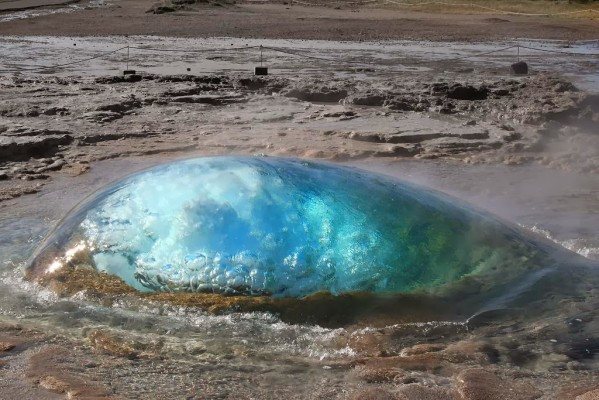 A photo by Peter Ahlroos, which has nothing to do with this post, of an Icelandic geyser a second before eruption

I presume that in most instances the site that’s doing the premiere either asks for or insists on exclusivity when a band, label, or PR agent offers the opportunity. The sites that do that are generally ones that are trying to make money from page views (because they host advertisements on their pages, for example). They get fewer page views from a premiere if other sites are also able to stream the music. I suppose they may also get the psychic gratification of using the word “exclusive”; it’s kind of like saying, “Hey! Look at me! I’m cool!”

I don’t understand why a band or label would want a music premiere to be exclusive to only one site. It seems like, for them, the more people who listen to the music, the better. Allowing other sites to freely embed the music player from day one would help spread the song or album around and expose it to more listeners. That’s why I presume that in most instances, when a premiere is exclusive to one site, it’s because the site asked for exclusivity (“I’ll scratch your back, but you need to scratch mine, too”) — or maybe the band or label just assumes that’s what the site is going to want. I can’t imagine that listeners care one way or the other whether the premiere is exclusive to the place where they’re listening to the music.

I’m guessing about all of this because we never ask for exclusivity at our site when we get the chance to do a premiere. This isn’t a money-making venture, and although it’s fun for us to get more page views rather than fewer, we’re happy to have the embedded music players we use shared around the web. We have done exclusive premieres in the past, but that’s because the person who offered it to us pitched it that way, or provided us the code for a player widget that couldn’t be copied and duplicated elsewhere. I guess in those instances they just assumed we would want an exclusive.

Sometimes the use of the word “exclusive” is an oddity. For example, I’ve seen instances where a song premieres on the same day on multiple sites, with each of them using the word “exclusive”. This often happens when one site is based in Europe (e.g., Terrorizer or Metal Hammer) and another is based in North America (e.g., Decibel). But, the internet being global in scope, listeners usually aren’t limited to listening to new music only at the site that’s headquartered somewhere on their continent (unless there’s some sort of geographic scope restriction in the player that’s being used).

Calling a premiere “exclusive” is even more odd when the player that’s being used is a YouTube stream — which can be viewed directly on YouTube and can be embedded by anyone else, anywhere else. That kind of premiere is exclusive only in the sense that, for an instant in time, one site is the first one to play the song or video publicly.

It’s kind of like calling an interview “exclusive”, e.g., “Exclusive Interview of  Devin Townsend!” I mean, it’s not like the person being interviewed has agreed not to talk to anyone else. It’s exclusive only in the sense that this particular conversation, using these specific words, only happened one time, but I don’t think that’s how most people view the word “exclusive”.

I don’t mean to criticize people who use the word “exclusive” in the case of interviews or premieres that aren’t really “exclusive”, as the dictionary defines the word. There’s no harm in it. It just seems odd.

I also don’t mean to criticize the sites, bands, or labels who premiere music in the genuinely exclusive sense. I experience momentary frustration when that happens in the case of a song I really like and want to write about here, because I’m unable to include the song stream in the article. And even though I used to be puzzled about why a band or label would limit the exposure of their music in this way, I now understand the business reasons for exclusivity (or at least I think I do), and I now try to respect those reasons by not stealing the widget code for use here, even when, with a little hacking, I could.

Well, all this is now off my mind and onto yours. If you have any thoughts about any of these topics, please leave a comment.