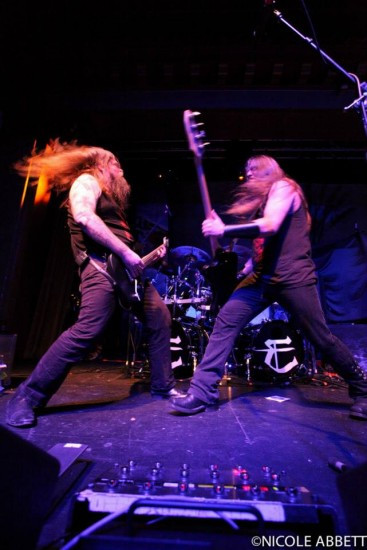 (Andy Synn shares some thoughts about bands who change their sound over time, with two contrasting examples.)

Here’s something I’ve noticed, and I don’t doubt you will have, too. Pretty much anytime a reviewer (or a commenter) sees fit to question a band for changing their style – whether it’s a legitimate question or not is almost irrelevant – someone’s panties get in a bunch and they feel the need to hit back with an accusation that:

What’s interesting about this is that – whether consciously or not – it’s reframing the terms of the argument, not addressing the original issue. It’s cleverly saying that anyone who questions a band’s decision to change its sound is clearly closed-minded and of limited intelligence. And while that’s probably true of a certain percentage of the metal community, it still doesn’t say anything about the band in question. 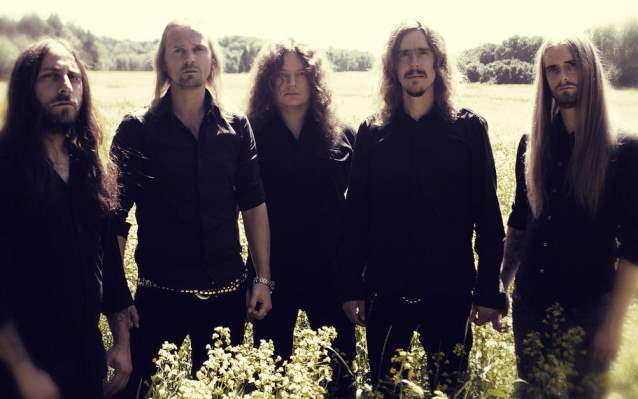 Certainly change, organic change – whether slow evolution or big jumps of mutation – can inspire great creativity in an artist. The introduction of clean singing is usually the biggest change that inspires a knee-jerk reaction in the metal community – the cries of “sell-out” and “poser” ringing out immediately from the truest of the true, defenders of the faith, and protectors of the sacred flame of metal – just as they then inspire the same sort of reactionary response I’ve postulated above. It quickly becomes less about the band themselves (whose intentions we are often only speculating on… though I think it’s usually clear when a band are doing it for the “wrong” reasons) and more about different groups of fans shouting about which of them is best.

And, in the furore, the main question is lost. Is change always a good thing?

Clearly, if a band tires of its old sound it has the right to move in a new direction, but at what point does it become essentially a new band? The recent outcry surrounding Opeth’s change in direction (let’s not get back into all that though) is only the latest example in this long-running conflict.

There’s arguments on both sides, for and against change, that demonstrate both positives and negatives. Much is gained. Much is lost. It’s risky.

Aiming for new horizons can mean you lose touch with your roots. Experimenting with new sounds and styles can lead to the dissolution of the original identity that made you great. It’s a conundrum.

At some point along the line the idea of change became synonymous with the idea of creativity. And thus bands who fail to change enough for the ever-fluctuating whims of the most outspoken members of their audience are quickly tagged as stale or stagnant. And I think that doing this not only does a disservice to bands who have worked hard to establish a well-defined sonic identity, it also limits the actual capacity and potential of what it means to be creative.

You see there’s actually nothing wrong with working in a specific area, just as there’s nothing wrong with exploring a wider range of sounds and styles  – it’s often simply the difference between going deep and going broad, looking inwards for inspiration, and looking outwards.

Now there’s difficulty with the language there. None of those terms quite captures the way I think things really work, but bear with me a little, and I’ll get to some examples that might make things a bit clearer.

Going broad, ranging wide, works for many bands. I’m not denying that. Some bands have made a career out of progression and experimentation where the only really consistent parts of their sonic identity are the particular tonal qualities of their chosen instruments. The styles they play and the music they create with them can vary wildly.

But that’s not the only way to be creative!

Some bands work for years to establish a definitive sonic identity for themselves. Something that’s instantly recognisable despite whatever influences and styles they may be experimenting with. With these bands it’s no surprise to hear someone say “That’s so ______” and really mean it, even if the song sees the band incorporating new influences into their sound. There’s an x-factor at work that’s hard to achieve, yet impossible to forget. Some bands just find, or create, a sound that is purely their own, and then spend the rest of their lives building on it. 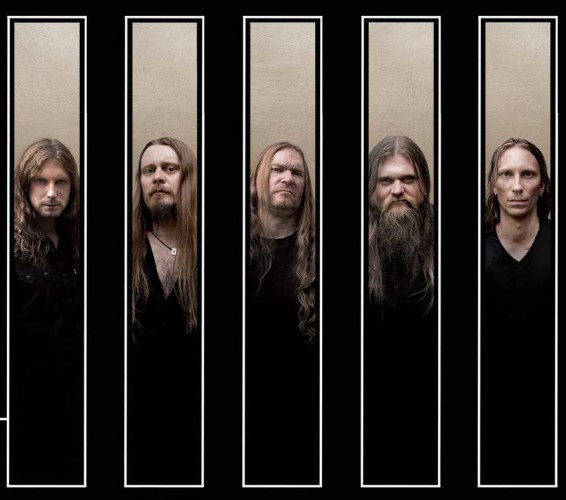 Now, love them or loathe them, an Enslaved song is pretty much instantly recognisable from the moment you hear it. The vocals and guitar tones, the way of playing, the organic melding of influences… they’re distinctive and individual. And this is despite the years of progression and growth the band have undergone. Despite the line-up changes, and the steady development of their sound, it’s still the same band who wrote “Jotunblod” (1994) and “Storm of Memories” (2012).

Heck, every time I see them I’m amazed that, despite there being almost 20 years separating them, just how much songs like “Allfǫðr Oðinn” and “Ethica Odini” have in common. There’s something to be said about a band capable of so much creativity over the years, without ever truly losing that central core of who they are.

It’s actually rather enviable. An ability to progress while maintaining solid roots. To change without changing. To move without moving. It’s all very zen. 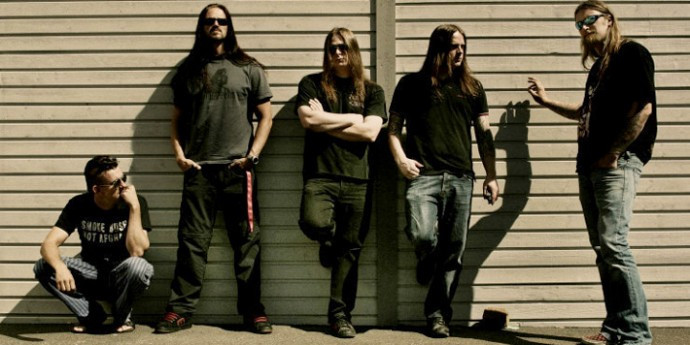 Some  bands never quite manage it though. They never quite define their own identity, and spend a their whole careers seemingly searching for it.

Case in point – The Haunted.

Oh I know what you’re thinking. I can practically hear the indrawn hiss as you all prepare for a lengthy (and obscene) rebuttal… but hear me out first.

We all know “The Haunted sound” don’t we? Sort of thrashy, sort of death metal, sort of post-At The Gates melodeath… but I’m not convinced the band themselves ever really did. In fact, I’m not entirely convinced that this “sound” isn’t something we the fans have created ourselves in our heads.

Let’s look at it clinically.

The first album definitely had a bit of hardcore bark and bite to it, the Bjorler brothers taking an obvious step on from their previous (rather more famous) band and making an intelligent left turn in their writing – something probably helped by the new blood they were working with, not least the semi-psychotic Mr. Peter Dolving.

But by the second album a lot more of that Slaughter of the Soul-esque style had seeped back in. I actually find a lot of …Made Me Do It a little over-familiar to be honest (though I’m not denying there’s some damn good songs on it), but it’s not a familiarity with The Haunted, it’s a similarity to At The Gates…

Then you’ve got the Death Metal anomaly of One Kill Wonder – ten times heavier, ten tonnes beefier, though not necessarily any more creative for all that… another good record, but one that again doesn’t actually have all that much in common with its predecessors. 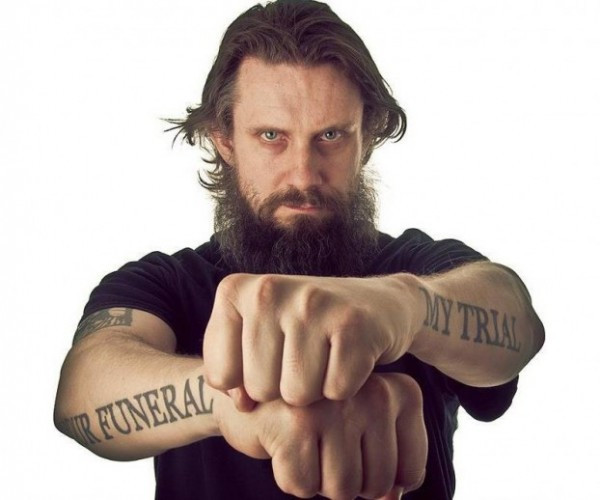 Now the vocalist difficulties certainly won’t have helped matters, I’ll grant you that, but I’m reasonably confident that you could play a neophyte three different songs from each of these albums and they’d be convinced they were listening to three different, although superficially similar, bands.

After One Kill Wonder the return of Peter Dolving signified the start of a rather more experimental phase in the band’s career – one that seemed to consciously avoid most of the overt Slaughter of the Soul-isms of their earliest records, while also bringing in a sense of dark groove. rEvolvEr is certainly an uneven album, but it’s at least an interesting one.

I’m not certain it defines any sort of “The Haunted” sound better than any of the others though.

For my money the closest the band came to defining a sound which they could have recognisably claimed as their own, free from the baggage of At The Gates, free from outside interference and expectations, was on The Dead Eye – an album which, whatever you think of it, sounds like The Haunted and no-one else. All the same elements were there, to a greater or lesser extent, as on their earlier albums. They just put them together in a new way.

But they still couldn’t settle.

First they gave us Versus, a hodge-podge of aggressive moments and rather aimless meandering songs, followed by the even more vitriol-provoking Unseen – an album which I don’t mind saying I still like, even though, quelle surprise, it doesn’t really sound like The Haunted.

So take a look at the evidence… did The Haunted ever really even sound like themselves?

To me, in hindsight, it seems like the band were never able to fully settle on a core identity, never really able to define who and what they were exactly. And without this sort of solid foundation all their progression, all their experimentation, fell rather flat or drifted too far away from what should, what could, have been.

Now you can flame me and insult me and tell me “that I just want everything to sound the same” and that “I just don’t understand how The Haunted progressed” as much as you want… but if you do that then I really don’t think you’ve been paying attention to what I’ve actually been saying.

I like a lot of what The Haunted have done over the years. In fact I love a lot of what they’ve done. I think there’s good songs on all their albums (some more so than others).

But I find it difficult to say that I love The Haunted themselves… because I still don’t feel like I know The Haunted very well.

I might even go so far as to argue that this “sound” which we’ve all attributed to The Haunted hasn’t really been their own in a long time, if ever. In all honesty a band like Hatesphere has a stronger claim to “owning” this sound than they ever did!

Here’s a little something that, for me, defines the potential sound The Haunted always seemed to be chasing:

And here’s a song by one of their disciples who, if nothing else, simply seem a whole lot more comfortable with this sound:

Anyway there we have it… change vs consistency. It’s not a binary equation. It’s not a zero-sum game. It looks to me like you actually need a mix of both. And mastering either one alone can be the work of a lifetime. But if you know who you are, it makes it a hell of a lot easier to balance the two.

7 Responses to “CREATIVITY VS CONSISTENCY: THE STRUGGLE FOR IDENTITY”