The news is that Khonsu will release a new full-length album this fall, and a new EP entitled Traveller will be released for download on March 22. Beginning yesterday, and on each Saturday through that release date, Khonsu will add new songs from the EP for streaming on YouTube. There are five in total, including new versions of two KoK songs originally released in 2003 (“Traveller” and “Ix”), a cover of “Army of Me” by Bjørk, and a purely electronic version of “The Malady” from Anomalia. But the first song released yesterday through a music video is a new one that will appear on the forthcoming album: “Visions of Nehaya”.

On this new song the vocals were provided by Terje Olsen (ex-Chton) and the guitars were engineered by Arnt Grønbech. If you’re familiar with Anomalia, prepare yourself for something that’s even darker, heavier, and more disorienting. It’s a pulse-racing piece of savagery that explodes almost immediately with a blast of double-bass drums and attacking guitars. The vocals are ravenous and the expected synthesizer sounds enhance the music’s alien threat. The video fits the music; there will be blood. 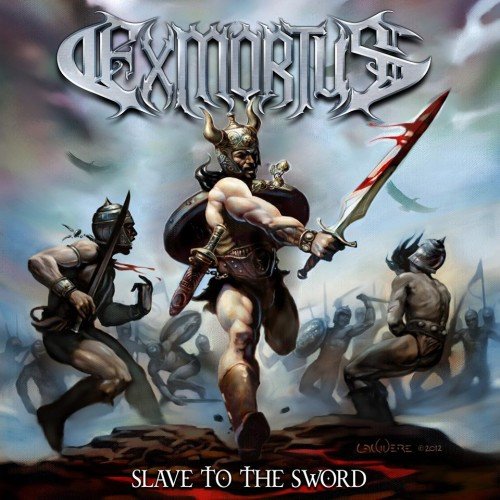 The last time I wrote about California’s Exmortus was when I saw their video in November for the single “Immortality Made Flesh”. I compared the music to slobbering all over your fingers and then jamming them into a big electrical outlet. “As your head starts smoking and your eyes roll back in their sockets, you’ll start slobbering again.”

Since then I had the great pleasure of seeing them perform live in Seattle on a tour with Dark Tranquillity and Omnium Gatherum. Man, were they hot! Tremendous energy, tremendous technical chops, and a powerful feeling of fun that emanated from them in waves and infected the whole audience.

Last week they released a music video for yet another song from their new album Slave To the Sword. This time the song is “Foe Hammer”. In a live setting, this song is an immediate mosh trigger, and the really well-made video does a good job of capturing what it’s like to see Exmortus on stage, even though there’s no frenzied crowd adding heat to the boil. Seriously, if you ever get the chance to catch these dudes live, don’t miss it. 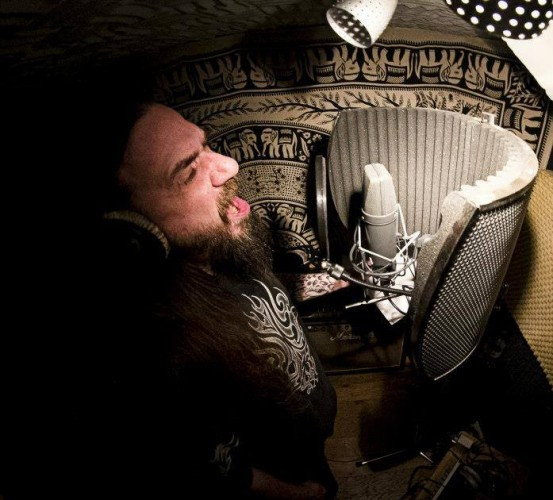 Yorblind are a French band who I discovered through their second album Reflexions, which I reviewed all the way back in 2010. Re-reading that review reminds me of how immensely I enjoyed that album. But Reflexions was released in 2009, and there’s been no new music from Yorblind since then (as far as I know). But last week I saw the announcement that, at last, Yorblind’s third album — Blind… But Alive — will be released in June by Great Dane Records and Season of Mist.

The band also uploaded a teaser of music from the studio, which includes guest vocals by Cyd Chassagne from Magoa. It’s not long, but it sounds tempting. And yes, I know, there is clean singing. 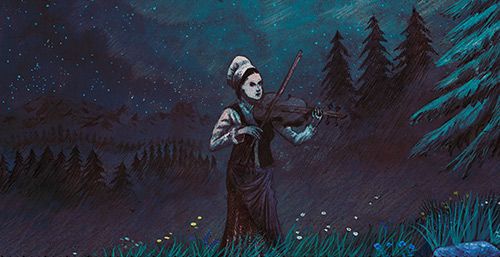 “ONE AND ALL, TOGETHER, FOR HOME”

On May 27 in NorthAm (and My 23 in Euope) Season of Mist plans to release a special compilation entitled One And All, Together, For Home. The project was Initiated by Drudkh’s main man Roman Sayenko and it will consist of songs by eight excellent bands performing renditions of traditional folk songs from their own countries, most of them using acoustic instruments. And before you start yawning at the thought of acoustic folk music, check out the names of the bands:

That’s a hell of a list. Each of these bands recorded from one to three tracks, all of them exclusive to this release. The press info I received says that “[w]hile most of them are renditions of traditional tunes from their respective countries, some of them are genuinely personal material.”

And while on the subject of Roman Sayenko, his band Blood of Kingu is currently recording a new album, which will be released later this year. I’m eager to hear that one, too. If you wonder why, check out this track from their last album Sun In the House of the Scorpion (2010).

12 Responses to “SEEN AND HEARD: KHONSU, EXMORTUS, YORBLIND, “ONE AND ALL, TOGETHER, FOR HOME”, BLOOD OF KINGU”