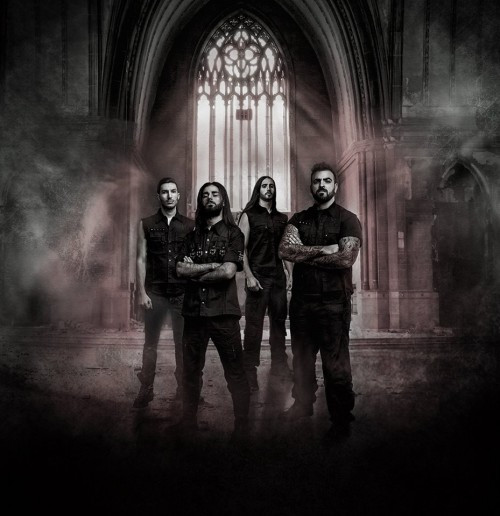 As previously advised, I’m on the road again in the grasp of my fucking day job, but I did carve out some time to make the rounds in search of new things and, as usual, found quite a lot to like. Because time is short, I’ll divide what I found into two posts, this being the first.

Almost exactly two years have passed since Italy’s Hour of Penance delivered their last album, Sedition, which was excellent. Today the band announced details about the release of their next album: The name is Regicide, and it will be coming our way via the Prosthetic label on May 13 in North America (May 12 in the UK and EU, May 16 in Germany).

From a previous Facebook post by the band, I know that the album art was created by the same Gyula Havancsák (Hjules Illustration and Design), whose work for Arkona’s new album we featured here recently. He also created the covers for HoP’s Sedition and Paradogma.

Since the release of Sedition, there have been some lineup changes: Paolo Pieri (vocals/guitar) and Giulio Moschini (lead guitar) still form the core of the band, but they are now joined by a new rhythm section — drummer James Payne (Hiss of the Moat) and bassist Marco Mastrobuono. HoP have consistently released solid albums, and I’m expecting another winner in Regicide. Too bad May is so far away…

The new album by Spain’s Noctem, Exilium, is one we’ve been eagerly anticipating around these parts. We previously featured a lyric video for the song “Eidolon” (here), and yesterday the band premiered an official video for the same song as well. It was directed by Henry Menacho of Kronic Produccions and written and co-directed by the band’s vocalist, Beleth.

As you should know by now, the song is an open furnace of blackened death hellfire. The decadent video is very well made, and very NSFW.  Looks very much like my usual Friday night get-togethers to blow off steam from the work week, except for the knives, and the blood, and the organ meat. And the women. And the chains. But otherwise, very similar.

Below the “Eidolon” video you’ll also find excerpts from all the songs on the album.

Exilium is out now in digital form on Amazon and iTunes, and physical copies will be available in Europe on April 7 (pre-order here).

6 Responses to “SEEN AND HEARD: HOUR OF PENANCE, NOCTEM”