I’m happy to be back home after almost five days away, but I’m less than happy that today is a fucking Monday. I thought I’d celebrate the wretched occasion by throwing some miscellaneous things your way that I saw and heard after I got home late yesterday. I’ve packaged these items together because they’re… what’s the word I’m looking for?… let’s just say they’re out of the ordinary.

The last time I came across music billed as caveman death metal, it was Norway’s Goat the Head. They have been sadly missing in action for the last three years, but until they see fit to rouse themselves into a new burst of creative activity, I will have to content myself with Chatalhüyük. They have labeled their music “Neolithic metal” and they sing of such Stone Age things as big wood spirits and pterorhs stealing their krohi.

I’m not sure what a krohi is, unless it’s a Neolithic youngling. I’m pretty sure a pterorh is a pterodactyl, even though they became extinct about 60 million years before the Stone Age began and the Neolithic came at the very end of the Stone Age. But hey, if you’re willing to contemplate the concept of Neolithic death metal, then why not krohi-stealing pterodactyls?

Even though Chatalhüyük embrace the primitive and the primal in their music, they’ve got some skilled cavemen in their ranks; the band is composed of members of two Russian bands we’ve praised here before: Grailight and Kartikeya. They’re at work on a debut album entitled U, and so far they’ve released two songs for streaming: “Pterorhs Stole Our Krohi”, which arrived last week, and “Big Wood Spirit”, which debuted in January.

There’s not a lot of nuance in this music, but if you’re in the mood to have your skull beaten into fragments by primitive stone implements — and who isn’t? — this will do nicely. It’s a mix of utterly brutish death metal riffs, catchy jungle rhythms, roof-collapsing breakdowns, and a bit of blackened shrieking, tremolo bursts, and blast beats to go along with the howls and gurgling. 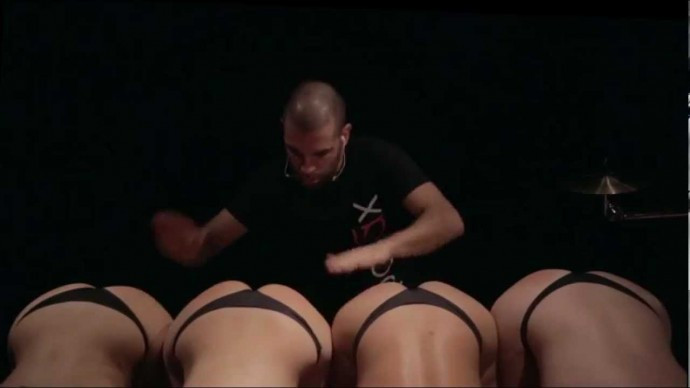 Jorge Pérez was a mostly self-taught drummer and percussionist until graduating from the prestigious Berklee College of Music. He went on to put his talents to good use by assembling a band of both fellow Spaniards and Americans named Patáx. It’s not a metal band — their music is a mix of flamenco, Latin jazz, funk, and contemporary fusion. The reason I’m including them here is because of a video that my comrade Andy Synn discovered. I know why it caught his eye — same reason that photo up there caught yours: Shapely butts.

As you’re about to see, Jorge is damned good with his hands, though something tells me they didn’t use these instruments at the Berklee College of Music. Unfortunately, no blast beats. On the other hand, I don’t think these skins were triggered. 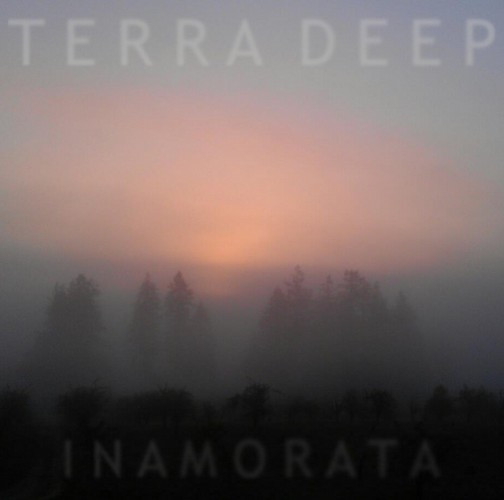 Terra Deep is a one-man project of Oregonian Matt Edwards, who I know about because he was at one time a member of a band named Arkhum that we’ve written about quite a lot in the past. Terra Deep’s latest release is a three-song, 35-minute album named Inamorata, which is a “name your price” download at Bandcamp. So far I’ve only listened to one of the three songs, the nearly 12-minute closing track: “For This I Would Kill. For This I Would Die.”

If you can guess where this song goes, you need to go to Vegas with me. Parts of it are raw, scathing black metal. Parts of it are mesmerizing, beautifully executed acoustic guitar instrumentals against a lush background of synthesized strings. Parts of it rip, parts of it soar, parts of it are a study in aching melancholy. It’s a richly textured piece that’s worth every bit of those 12 minutes. Very curious to find out what the other two songs are like.

Yes, I’m a mind reader: I know you want more bottom percussion. In this video Señor Pérez uses some other body parts besides those gluteal bongos. The skins start moving on their own at the end, too.