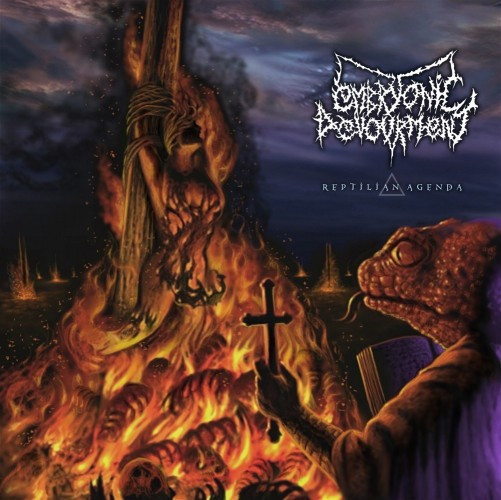 With their latest release Reptilian Agenda, Embryonic Devourment have even further embraced old school death metal tendencies into the fold of their technical brutal carnage that warns of the true reptilian nature of reality. This is a big step up for them, and fans of old school death metal should certainly give this a listen. In spite of its swarming Origin-meets-Malignancy veneer, a lot of the riffs are superbly evil, meaty, and groovy in an old school way.

Reptilian Agenda is not an album to skip over; this is one of the best death metal albums I’ve heard in awhile. High-quality releases such as this are precisely the reason why I’m not impressed by a lot of the death metal I hear.

If I so much as find out that a band or project includes members of Estradasphere, Secret Chiefs 3, or Mr. Bungle in their ranks, I know to check it out and that my enjoyment of it is almost guaranteed. It’s been rough, personally, to witness such a brilliant act as Estradasphere fade into obscurity. They were basically a more metal version of Mr. Bungle — supremely eclectic and coming up with frequently bizarre genre mash-ups defined by a twisted sense of humor.

I say this because I was on Web Of Mimicry’s site recently and a band with a link to Estradasphere caught my eye — the band in question being Atomic Ape, led by former Estradasphere multi-instrumentalist Jason Schimmel. For those familiar with fellow Web Of Mimicry experimentalists Orange Tulip Conspiracy, Atomic Ape came to life as an outgrowth of that band. Featuring nearly the same lineup and sound, Atomic Ape do explore new avenues sonically, all the while still retaining their former bands’ avant-garde no-boundaries compositional approach.

This leads to interesting collisions between authentic Jewish Klezmer styled jazz, Eastern melodies, prog rock, jazz, surf rock, and any number of other sounds and styles they wish to stitch together into odd entrancing forms. If you want to hear music that will stretch your ears, confuse you, and maybe make you eat a plate of glass — then Atomic Ape is for you. I urge everyone to immediately pick up a copy of their recently released debut, Swarm, as soon as possible. 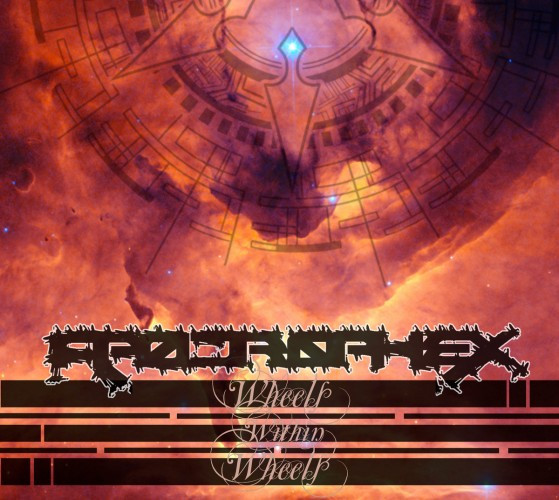 Apocrophex is a newfangled and fanged band from the fine state of New Jersey, also unfairly known as a national punching bag due to the horrors of The Jersey Shore. The group consists of a two-man technical meth-level warrior line-up intent on cosmic destruction. They just dropped a two-song effort called Wheels Within Wheels that I’ve found myself replaying a number of times lately.  I enjoy their fresh take on melodically infused, technically explosive death metal and look forward to what they come up with next. It’s good stuff, and a excellent starting point that leaves me interested to check in as they will undoubtedly grow and craft even finer music later on. 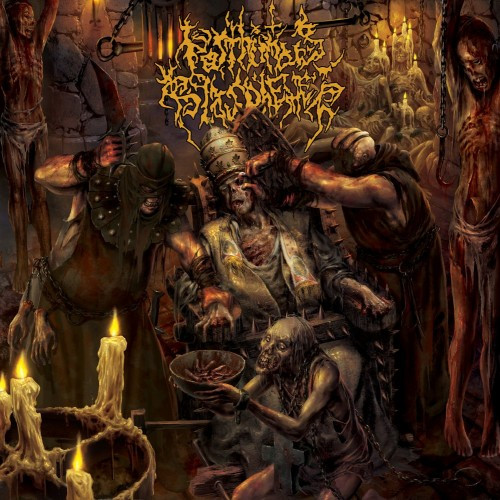 I’ve been a fan of this Belarus-based group for awhile. They expertly blend lightning-quick fretwork and brutal bludgeonings in a unique and always-memorable way. My expectations were very high for their newly released album Exhumation Of Sacred Impunity, since their 2008 album Fracture The Worship and 2005’s Crucified Humiliation were incredible — though I wasn’t sure they could keep delivering at such a high level.

The distinction between them and a lot of other groups is that they are a brutal death metal band first, and all the technical and grind elements are secondary pieces with which they support the rampage. They only have one song available to stream from the album on their Bandcamp, but it’s a knockout and should convince you to buy the album. 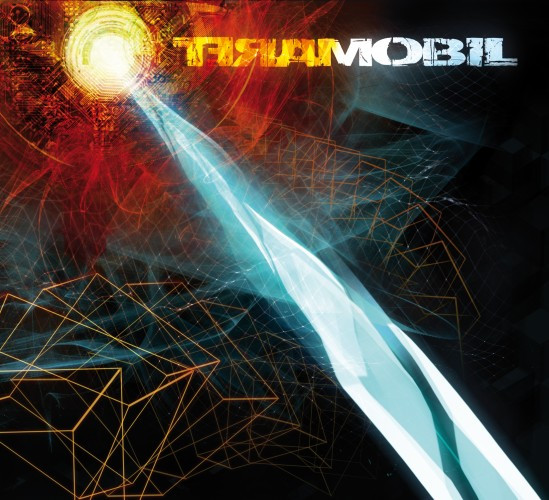 If you missed my post last year regarding Canadian instrumental technical destroyers Teramobil, here is another chance to find out about them. They are an exuberant act driven by a high-metal-pedigree lineup featuring both guitarist Matthieu Berube and drummer Alexandre Dupras of Unhuman, and rounded out by bassist extraordinaire Dominic “Forest” Lapointe of Beyond Creation, Augury, and countless other acts. Since they don’t have vocals, the focus of the video is on ridiculous dance moves given funny names. It’s an enjoyable video that made me laugh at numerous points and hopefully is an introduction for some into the wonky skull-frying madness that last year’s Multispectral Supercontinuum contained. 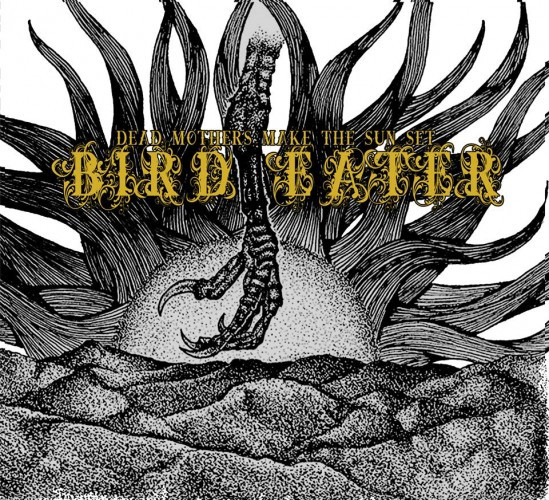 Bird Eater began as a side project of Gaza, started way back when the band was still active. They released an EP called Utah back in 2007, and then sort of disappeared off the map. All of a sudden, without much notice, they’ve quietly dropped their debut full-length, Dead Mothers Make The Sun, a few weeks ago. The line-up on the record includes Gaza’s monstrous vocalist Jon as well as guitarists Chris and Anthony, who were both former bass players for Gaza, a point of interest for those missing out on that band’s sound.

Although this is probably a bit more death metal focused overall, that Gaza feeling and delivery is definitely there in the riffs and the songwriting. In fact, sometimes it sounds like Fuck The Facts, too, which works for me. This isn’t an album to merely tide you over with until the Cult Leader record drops soon. This is a grim, misanthropic journey that deserves more than a momentary place in your music collection. 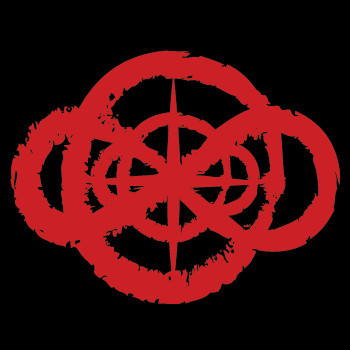 As with the bands covered in my last of these articles, I found Infinite Earths due to people I know and the unknown talented groups in their region. The way in which this Florida-based group delicately craft progressive metal is superb. They strike an interesting balance between black and death metal within this proggy context. While often a  technical aggressive force, they frequently pause and unwind into ethereal arcs and spacey ascensions, sometimes building up into restrained non-poppy singing and piano passages that never come across in a contrived manner.

Spiral From Spacetime may be the group’s first release, but it certainly doesn’t sound that way. Clearly the band have worked hard to achieve a sound all their own, and if they continue making music like this, I’m interested. 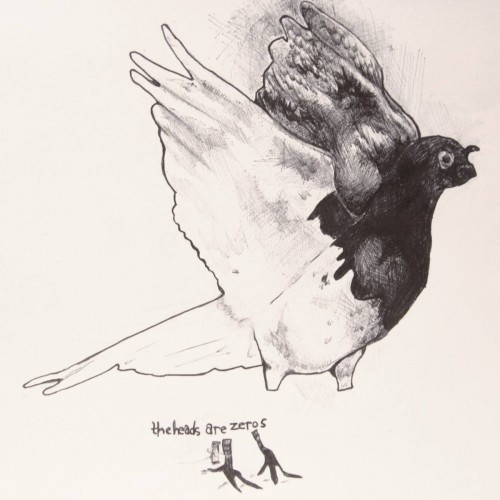 THE HEADS ARE ZEROS

If you’re a fan of grind, Baltimore natives The Heads Are Zeros just dropped a caustic annihilating album you would most likely enjoy. All The Men I Love Are Dead is a powerviolence-driven wrecking ball crackling with spazzy noise, shaped by machine-gun drumming, heavy and furious octopus-like riffing, and banshee screams from a deserted heaven. They pull this sort of thing off with more intensity, originality, and unique identity than the majority of bands plying with the same group of distilled influences. 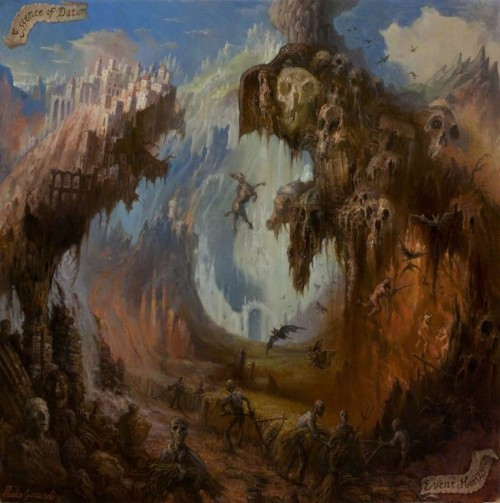 Essence Of Datum are an instrumental technical death metal act from Minsk with obvious old school nods sprinkled throughout. The album art immediately draws you in and showcases yet another stunning piece by the grotesquely talented efforts of perennial NCS favorite, Paolo Girardi. A love for Death and stunning shred voyages tinted by evil abound on Event Horizon. I’m not usually big on instrumental death metal but these guys keep it varied and interesting with an alternating progressive and aggressive split approach.

After several incredible albums and a high amount of praise, Gigan should be a lot more well known and respected. But somehow they have remained a powerhouse largely unknown to the masses. If any of the following tour dates come by your area, you won’t want to miss it as Gigan is an inhumanely destructive and otherworldly live act. I worked with Eric Hersemann from Gigan to secure them a show here in Louisville, so anyone from Kentucky, Indiana, or Ohio needs to come out and experience the interstellar blasting psychedelic force that is Gigan. And also so I can show you what an idiot I am!