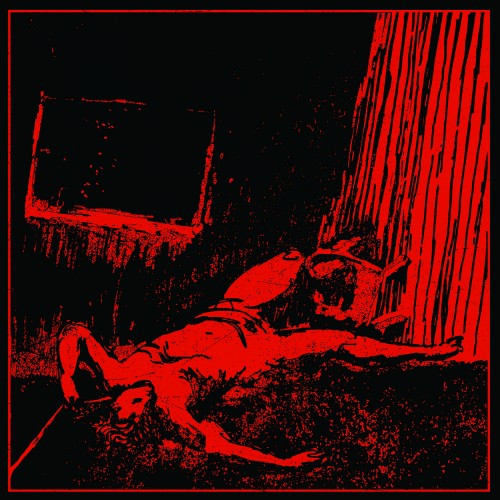 Transience is the name of the debut EP by a mysterious new group named Dead In the Manger. Although the band has not publicly disclosed their identities or location, nor even shared much information about themselves with 20 Buck Spin — the label that pounced on this EP after hearing it and will be handling the release on April 29 — their music says all you need to know.

The EP consists of six songs, entitled “Parts I – VI”, and it’s a multi-headed beast. “Part I” for example is a slow guitar instrumental, the slightly distorted notes conveying a somber, affecting melody while deep in the distance the vocalist howls in a throat-bursting agony.

“Part II”, on the other hand, races from the starting gate, driven by a swirling, swarming lead guitar melody and a high-speed drum assault. And that brings us to the song we’re premiering today: “Part III”.

“Part III” is more akin to the EP’s second song — fast-paced, with a rippling, high-intensity guitar melody and a blistering drum charge. It’s an attention-grabbing piece of music, with vocals that would be perfectly at home on a grindcore album.

Part IV combines both the slow, melancholy atmosphere of Part I and the galloping intensity of Parts II and III, while weird electronic noises and vocal samples run straight through Part V, with only the echoing notes of a guitar providing an eerie musical accompaniment.

Part VI brings the EP to an end with another combination of blinding percussion and swirling guitar melody, the pace slowing after the initial onslaught and the atmosphere becoming grim and forbidding.

All of the songs are relatively brief, running their course in less than 20 minutes. They’re almost like a tantalizing preview of what this band could do in an album’s length of time (and in fact, they’re working on a full-length album that will also be released by 20 Buck Spin later this year). But what they do on Transience is fascinating enough despite its brevity, a genre-crossing creation that’s well worth exploring.

Here’s our premiere of “Part III”:

5 Responses to “AN NCS PREMIERE AND A REVIEW: DEAD IN THE MANGER — “TRANSIENCE””