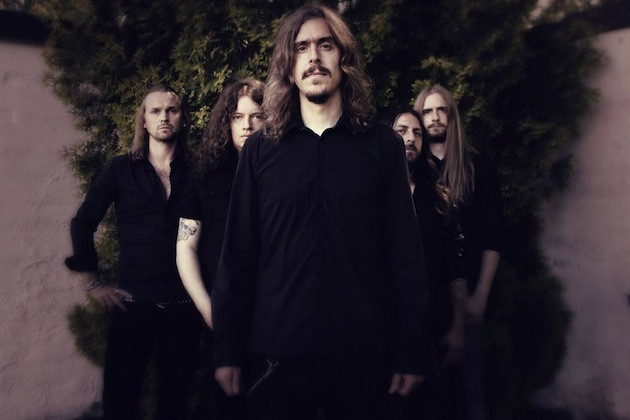 Yesterday, we got news about the band’s next album. Via an interview of Opeth’s Mikael Akerfeldt and Fredrik Akesson, Loudwire reported that the 11th studio (not yet titled) has been completed and projected for release in June. Loudwire has heard the album and wrote this: “Opeth’s songwriting is top notch on the album, but once again, the record features no guttural vocals.”

Uh oh. To me, that doesn’t sound good. Loudwire further included this excerpt of Akerfeldt’s discussion about the album:

“If it sounds like us, that’s good. And if it sounds like something we don’t know, that’s also good,” begins Akerfeldt. “This album has some parts that sound like us and some parts that sound kind of new too. It’s a bit heavier than Heritage at times and it’s a bit more melodic. I think it should be a bit easier to get into this record because there’s a lot of focus on the melodies. We’re a progressive band. Sometimes we sound like a metal band and sometimes we don’t.”

Note that Akerfeldt no longer characterizes Opeth as a metal band — in his mind they are now a “progressive band” first and foremost. Note also the statement that it’s only “a bit heavier than Heritage“, with an even greater “focus on the melodies”. My prediction? Most of the fans who were disappointed with Heritage are going to be disappointed again. Sounds like we need to make peace with the notion that the Opeth of old is gone forever.

The entire interview was videotaped and will be forthcoming shortly. 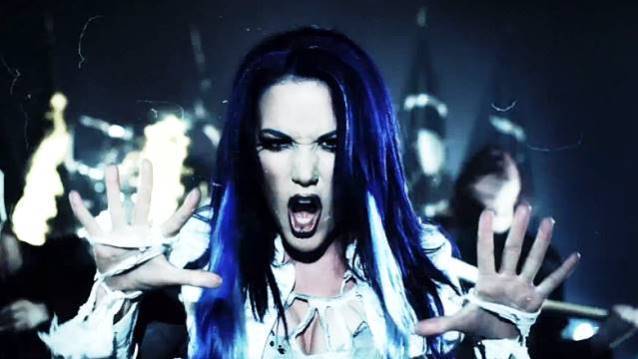 Only three days ago we reported the news of Angela Gossow’s resignation as the vocalist of this long-running and very successful Swedish band and her replacement by Alissa White-Gluz (ex-The Agonist). At that time I foolishly assumed that Ms. Gossow recorded the vocals for the band’s forthcoming album, War Eternal. I was wrong.

Unlike Opeth, this Swedish band is doing exactly what they’ve been doing for many years. To my ears, “War Eternal” is right in line with the best songs from Rise of the Tyrant, The Root of All Evil, and Khaos Legions. It’s catchy as hell, it didn’t take long for my head to start moving vigorously, and the guitar solos are loads of fun.

As for the vocalist, I think her mid-range raspy howls are strong — different in tone from Angela Gossow’s, but not strikingly different. And she is beautiful (yeah, I’m not past noticing such superficial things, so sue me).

War Eternal will be released in North America on June 10 by Century Media. Arch Enemy’s FB page is here. 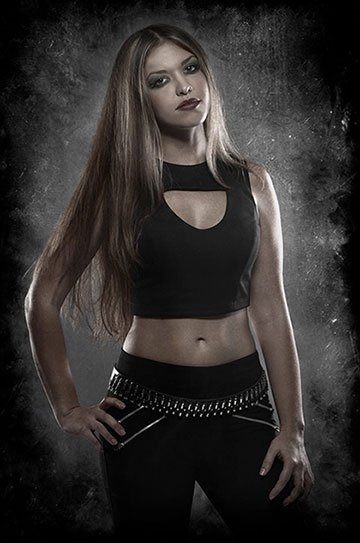 As I reported at the same time as the news of Angela Gossow’s replacement by Alissa White-Gluz , I also noted that the latter was being replaced as The Agonist’s vocalist by Vicky Psarakis. In that earlier post I left links to a couple of YouTube videos that exemplified her vocals. But yesterday I saw a very short video teaser for The Agonist’s new album (also on Century Media) that included some of the new music — and some of the new vocals. The song races, and Vicky Psarakis sounds pretty nasty: 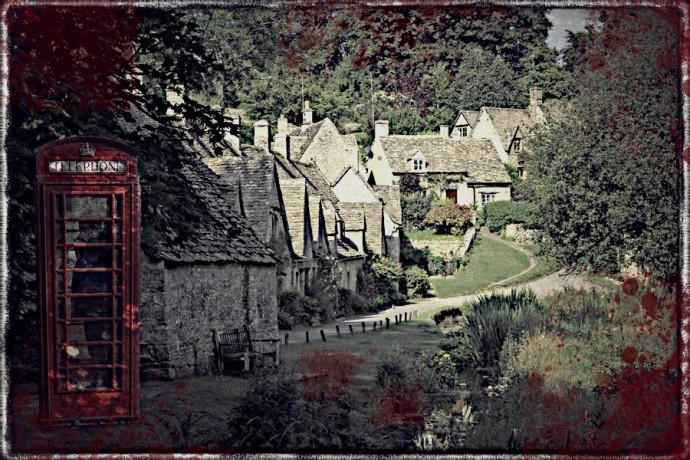 As you should know, at least if you read this post in February, yet another venerable Swedish band — Bloodbath — is recording a new album. Based on the original cryptic note from the band that spawned that February post, it became apparent that there will be a new vocalist on the album — one who is neither Mikael Åkerfeldt nor Peter Tägtgren. It provided a clue to the new vocalist’s identity by listing a string of deadly disasters that all occurred in 1971 — the year of the new vocalist’s birth.

Back then I did some research and listed a number of potential candidates. The one I thought was the most likely choice — and one I’d love to see in this band — was Jörgen Sandström, who is currently the vocalist for my beloved Torture Division and also the vocalist/bassist for The Project Hate MCMXCIX (he also provided vocals, bass, and guitar for Grave on their first three albums and also played bass with Entombed from 1997-2004).

Yesterday, thanks to a post at MetalSucks, I learned that Bloodbath have dropped another hint about the new vocalist’s identity. They posted the photo you see above on Facebook, with this statement:

“We start recording drums in… 4 days! Meanwhile, the new singer calls in from his abode to make a it very clear that he accepts no ‘smartphone metal’ on this album! So it shall be done!”

Now, the photo looks very much like an English call box in an English village, which suggests my Jörgen Sandström guess is off-base. One name I did not include in my original list was Englishman Nick Holmes (born Jan 7, 1971) from Paradise Lost. At the time I didn’t know he was born in ’71, but I also wouldn’t have figured his current vocal style as a good Bloodbath fit, though of course he might well dredge up the nasty gutturals of yore.

Another way to interpret the above photo is that it is meant to refer to a place where vocals are being recorded, which might not necessarily be the vocalist’s home area. That seems unlikely, given the use of the word “abode”, though I suppose it could be a temporary abode.

In between this latest hint and the first one I reported, the band also left the photo below, with this comment: “Behold the new Bloodbath lead beard!” 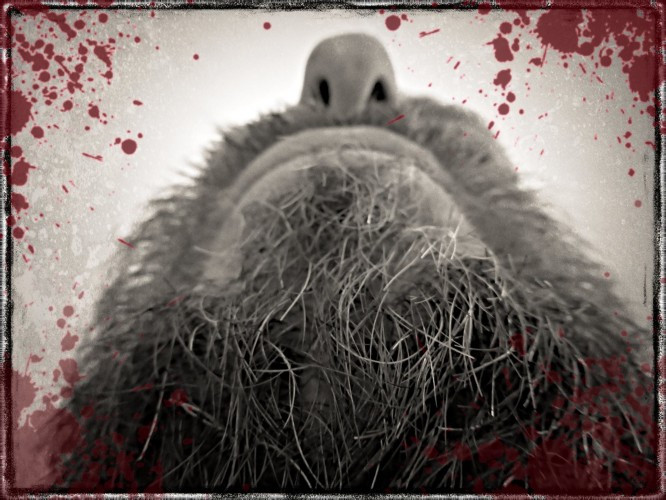 This could be consistent with either Jörgen Sandström or Nick Holmes, as you can see below. I’m sure more hints will be forthcoming. 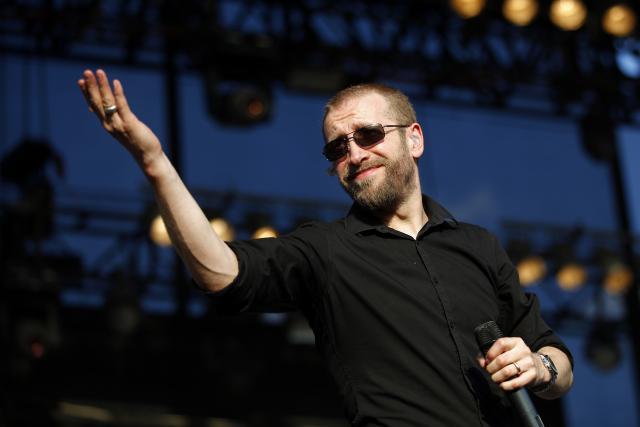 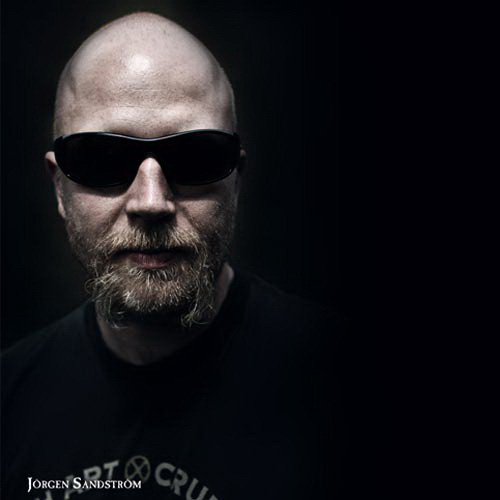