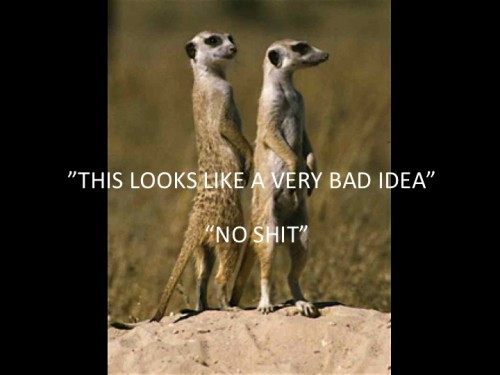 (NCS guest contributor Leperkahn has embarked on what appears to be a foolish endeavor. Against our better judgment, we’re helping him out by letting him solicit your suggestions for this hair-brained escapade. This will end in tears.)

As a few of you may know, I’m still in high school (only for a couple more months, though). My elective class for this semester is a journalism class. For one of the capstone-y projects of the course, I am supposed to do an experiential blog. More precisely, I am tasked to alter my life in some meaningful (but feasible) manner, and write about the process as I go along.

I have listened more or less exclusively to metal for a couple years now, with only a few conscious forays into other areas (by conscious, I mean outside of the pop music that cannot be escaped by any sociable person). Thus, I thought it fitting – difficult, but certainly feasible – to try and live an entire week without any metal in my life. None. At the many times I would usually listen to metal during the week, I will instead listen to another largely unrelated genre.

My first thought was to go with classical, but then I figured I could instead crowdsource suggestions from the diverse tastes of most NCS readers. I am by no means tied to classical; I would be perfectly fine delving into jazz, or blues, or folk, or whatever (but no Asian pop; Babymetal are the only group in that area of music that I can tolerate even for a few minutes, let alone enjoy).

As to whether I document the process here or elsewhere (most likely by providing somewhat informal reviews of whatever I listened to on a particular day), that’s up to Islander (so really, that’s up to the lorises).

Without further ado, suggest away in the comment section! The actual posts, wherever they are posted, will start either Monday or Tuesday morning.