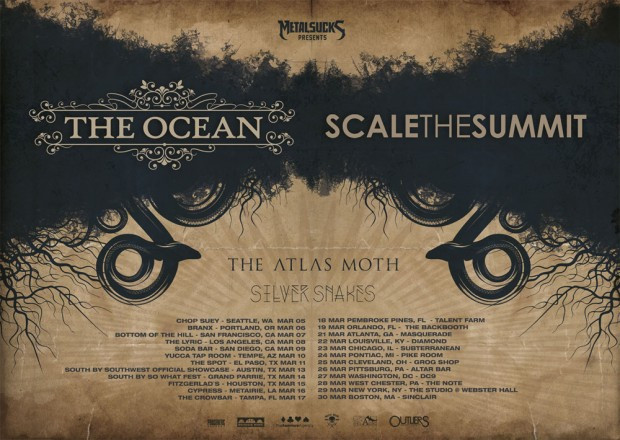 (BadWolf turns in this live show review and also proves he’s got some photographic skills.)

This summer, progressive rock legends Yes announced not only that they would tour, but that their show would consist of not one but two—two!—of their classic records, 1971’s Fragile and 1972’s Close to the Edge, in their entirety.

What in the fuck does this have to do with The Ocean? More than you’d think.

On their spring co-headlining tour with Scale The Summit, The Ocean elected to play their 2013 album Pelagial front-to-back. It’s a bold move. Metal fans, as a rule, demand the old stuff. Even if the new Metallica record is awesome, nobody will want to hear more than a single song from it in a live setting—everybody will want to hear Master of Puppets in its entirety. The former album, no matter how slick, will enver have the ‘classic’ status that we attribute to their older work.

Then again, sometimes a band can smell a classic the minute they shit it out. 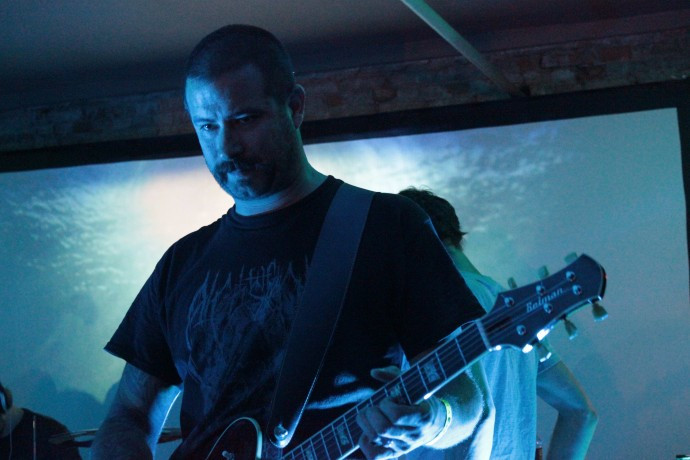 I’ve only once seen another band as young as The Ocean play a new album in its entirety live, as a headliner: The Faceless did the same with Planetary Duality on a co-heading run with Dying Fetus. That album, with its concept and excellent execution, does feel like a necessary landmark in modern metal—so much so that The Faceless has been compeltely unable to top it, or keep a steady lineup, since.

In some ways Pelagial feels less like Planetary Duality, and more like Close to the Edge. I like all three records, in fact Pelagial made my end of year list in 2013. Both albums primarily feature three extended tracks (well, The Ocean chopped them up to be more palatable, but it’s still three movements), but can be listened to as one monolithic whole, so there’s one reason for The Ocean to perform it. For another, much of the group’s earlier material requires a a series of jazz and classical musicians as backup, so the decision could have been as much convenience as anything.

Still, I felt, while driving to the show, that Robin Staps, mastermind behind The Ocean, must have a lot of insight into his own work to pick it as something worth presenting as a whole.

The realities of work kept me from seeing The Silver Snakes, so I arrived at The Pike Room in Pontiac, MI just in time to partake in some new songs by Chicago’s The Atlas Moth. I’ve never really gotten into the band, even though they have all the makings of a band I would go gaga for: black metal, sludge, psychedelia, a contract with Profound Lore. Live, their material suited me much better than on record. Vocalist/guitarist Stavros Giannopoulos moans and shrieks with enough melanchly to sell the mini-epics his band pens. However, it was keyboardist/guitarist Andrew Ragin who carried the show for me. The group’s new material did sound more convicted than the material off 2011’s An Ache for the Distance, so something tells me their upcoming release might get more attention from me. 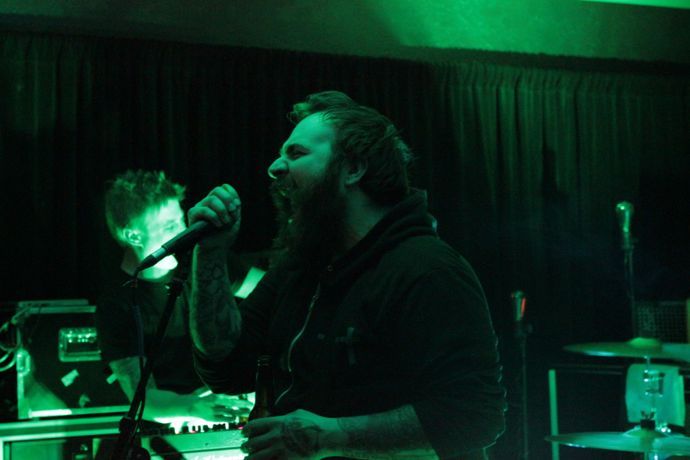 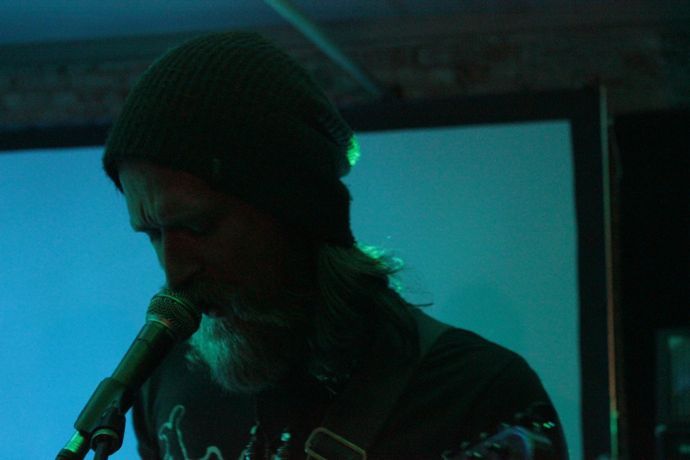 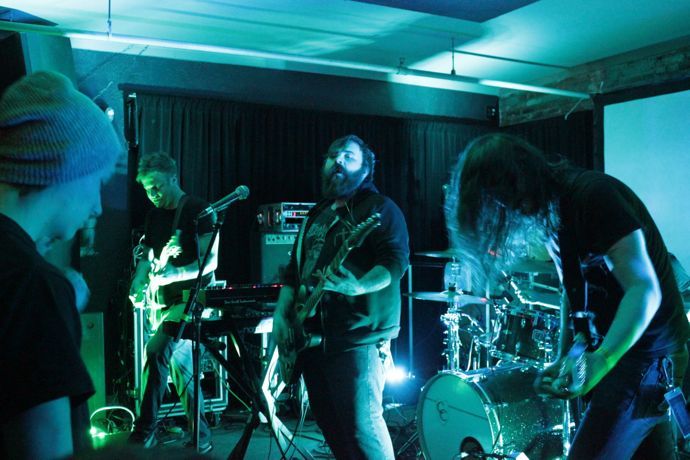 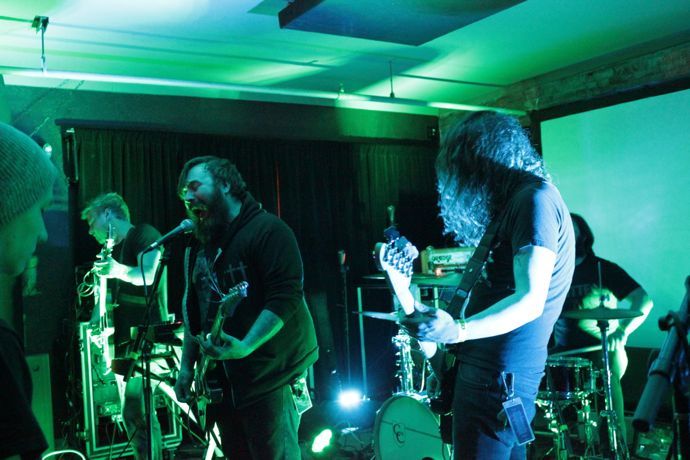 The Ocean took the stage as a wounded entity. Bassist Chris Breuer was sidelined by a high-grade fever, and his place was taken by direct studio bass tracks. Nevertheless, the band rocketed through Pelagial with aplomb.

I found myself situated right in front of new guitarist Damian Murdoch, who proved a more than capable sideman for Stapps. At the time Murdoch was applying for his gig in The Ocean, he was also trying out for The Dillinger Escape Plan, and it shows: the Australian has all the energy of a dingo pup, as well as the chops to play The Ocean’s technically demanding material.

This was my first opportunity to taste The Ocean’s notoriously immersive live audiovisual presentation. The band played Pelagial in sync with the album-length film created by Craig Murray for the band (detailed in my interview with Staps last year). The film’s grimy images, chock full of nude women and bioluminescent jellyfish, made a fine companion to the live show, even if more often than not my attention was fixed on the band, not their accoutrement.

The Ocean had the opportunity to play encores earlier in their tour—either “Firmament” or “Origin of Species/Origin of God”—but did not when I saw them. Fine by me. Their complete live representation of one of my favorite recent albums left me firm in my conviction that The Ocean are one of the most essential and vital bands working in extreme music right now. Years from now, a select few will revere them the way others do Yes. 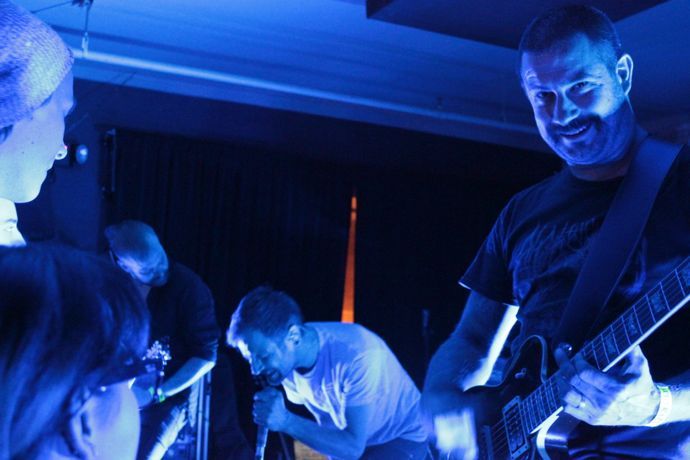 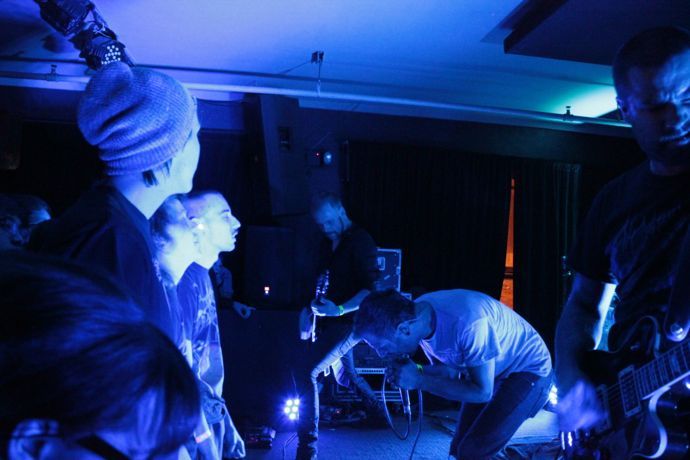 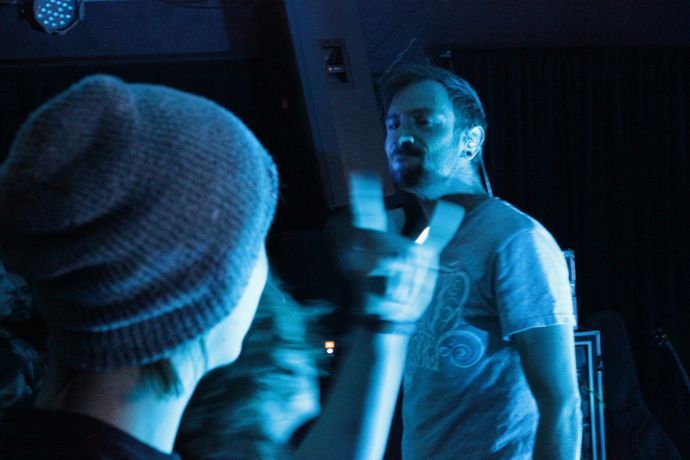 I can’t say the same for Scale the Summit.

I’ve never been a fan of the instumental four-piece’s take on progressive metal, and always ranked their output as overshadowed by their contemporaries in Cloudkicker and Animals as Leaders. Their live show did little to convince me otherwise. I kept expecting a twee-type pop-punk singer to appear at any moment and falsetto over their sweep picking.

The band played their songs well, but the in-house lighting really showed their youth. I suppose Scale the Summit move numbers for Prosthetic Records, but I couldn’t help but remark on how green the band looked—easily as fresh as they did when I cought them at Suckfest (reviewed here). They were so entranced in their instruments that I found myself lost in their video projections, not their music.

None of this is to discount their technical prowess—these lads have some serious chops. It’s just that they’ve never written a song I want to hear twice. 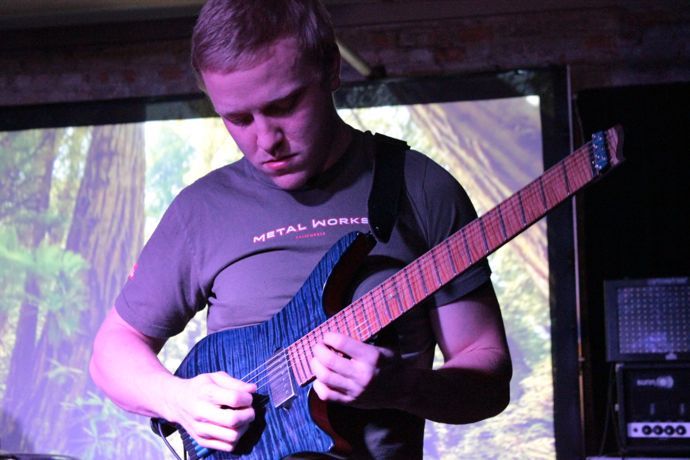 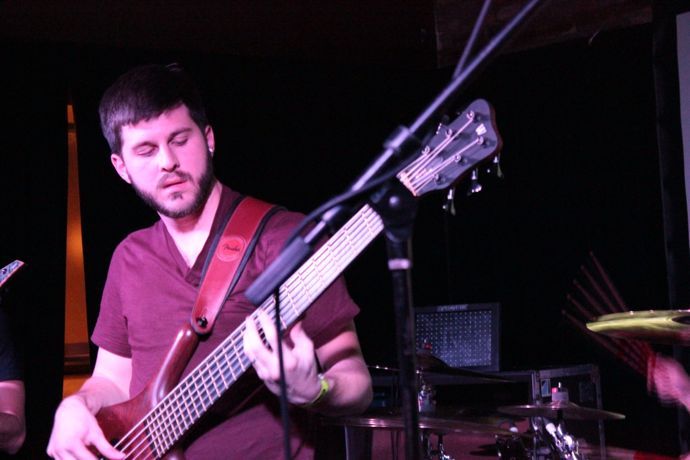