The album’s name is Dirges of Elysium and it’s due for North American release by Listenable Records on June 24. The song that premiered yesterday is named “Carrion Prophecy”, and man, it’s a monster — monstrous pounding riffs that ooze radioactive sickness, monstrous abyssal growls, and an atmosphere of monstrous menace. When the song begins to gallop and race, heads will bang hard, and when it descends again into a pit of decay and depravity, you may feel tumors begin to thicken your organs.

The song is exclusively streaming at Metal Sucks here: 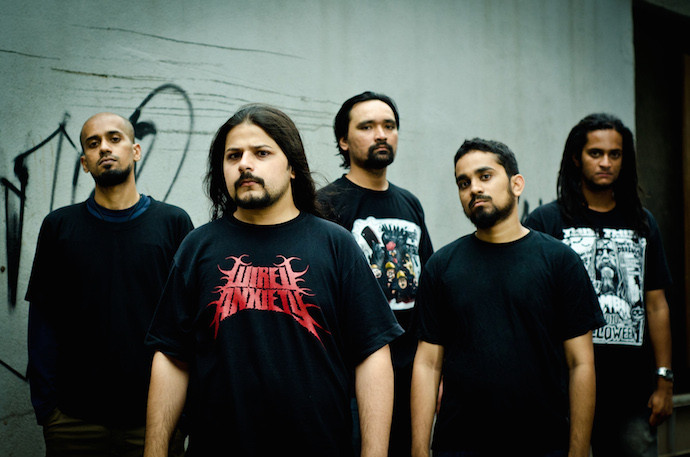 Today, India’s Demonic Resurrection officially announced details about the release of their fourth album: Its name is The Demon King and it will be released by Candlelight Records worldwide, with the US release coming on July 15 and on July 14 in Europe and the UK. Universal Music will release the album in India on July 13.

This album has been in the works for 4 years, and it’s great to see that it will now soon be upon us. The band’s last album, 2010’s The Return To Darkness, was one that we at this site enjoyed a lot, and we now eagerly anticipate its successor.

(And in other Demonic Resurrection news, the band will be appearing at Wacken Open Air this summer.) 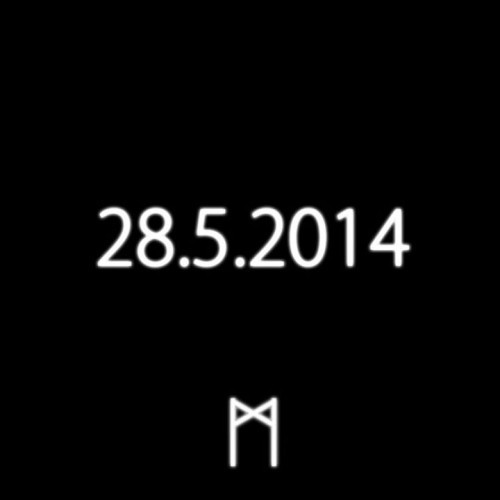 Today the Finnish label Blood Music announced — albeit cryptically — that it will be releasing “the largest box metal set in history”, and that the band in question is Finland’s fantastic Moonsorrow. We understand that the set will include 14 LPs and that it will become available for pre-order on May 28. Blood Music also tell us that each day between now and the pre-order date, they will be releasing a new piece of album art or other information about this set via their Facebook page, which is here:

Undoubtedly, we will have further posts about this release over the coming month. In the meantime, goddammit, I’ll have to start setting aside dollars for this thing.

We’ve written quite a lot about the new album by Finland’s Insomnium, and so I thought it was worth mentioning that the entire album is now streaming in full at this location, for those who inexplicably might care to listen for themselves instead of just taking our word for it: 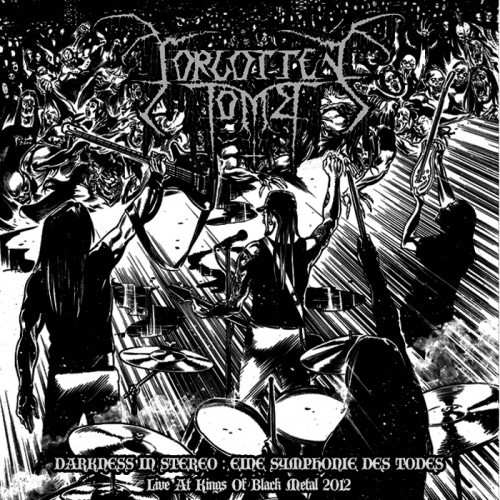 To wrap up this round-up, I wanted to let you know about a free live album. It’s a performance by the Italian blackened doom band Forgotten Tomb recorded in 2012 at the Kings of Black Metal Festival in Germany. The performance will appear on a new DVD video entitled Darkness in Stereo: Eine Symphonie Des Todes – Live in Germany, which also includes excerpts filmed at the Under The Black Sun Festival and K17 Club in Berlin in 2012. The DVD is available as of today in Europe (and will be released on May 13 in North America via Agonia Records). But the audio album can be downloaded now at Bandcamp for free.

I haven’t listened to all of the live recording yet, but I’m really liking what I’ve heard so far. If you want to get a taste of what’s here, I’d recommend listening to the second track, “Reject Existence”. The album stream is below, following the links. Let me repeat — this is really sounding fantastic.