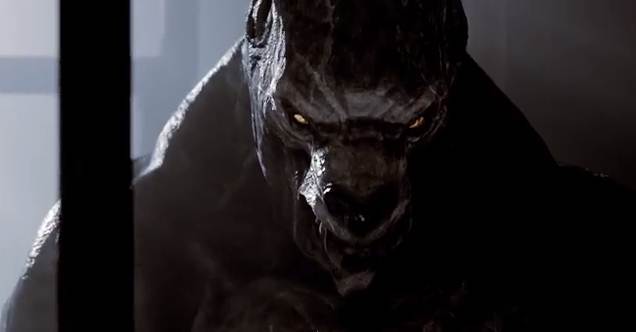 I like this particular song, too. There’s a lot of jolting kick in the music, and compared to what I suppose I’d call “thrash standard”, there’s also some beefiness in the production (which I prefer). On top of that, the song exemplifies the biggest factor that (for me) separates Death Angel from the run-of-the-mill: Rob Cavestany’s soloing, which isn’t just mindless shred. And hey, I’ll also admit that the song makes me want to stupidly yell along with Mark Osegueda: “Dream! Calls For! Blood!” 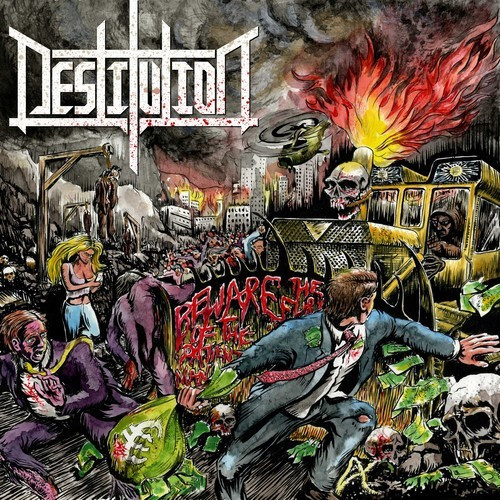 Whereas Death Angel are a veteran band with seven albums under their belts, Destitution (from Groningen in The Netherlands) are just on the verge of releasing their debut album, Beware the Fury of the Patient Man. They wrote us this morning, and the timing was right, since I had already planned to feature the Death Angel video.

The band have two songs up on SoundCloud, and both of them hit me just right. Although Destitution may be relatively new compared to Death Angel, it appears the members have been involved in other thrash groups going back to 1999, and their maturity shows on these two songs. I was snagged immediately by the guitar arpeggio at the start of “Criticize”, and the melodic hooks, ravenous vocals, tempo dynamics, and inventive guitar work and soloing in the rest of that song and in “Guilty Until Proven Innocent” are mighty attractive. The production on both songs also gives them a powerhouse punch. Remember the name Destitution — unless I miss my guess, they’re going places.

The album is due for release on May 12. It looks like Destitution sell their stuff via Bandcamp (the link is below), so I’m guessing that’s the place to look for ordering and download options for this album as we get closer to May 12. Here’s the music: 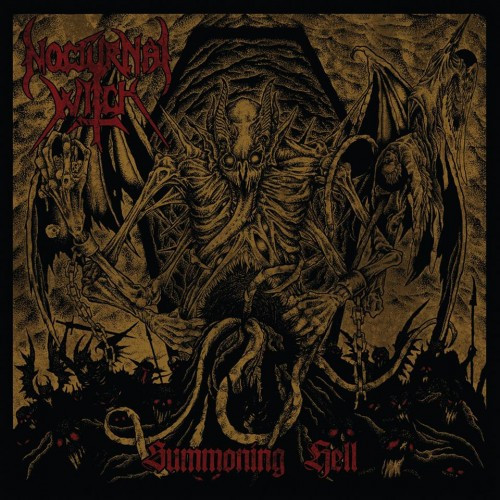 Nocturnal Witch are another relatively new band (from eastern Germany), with a debut album entitled Summoning Hell that came out in March of this year via Undercover Records and Evil Spell Records. I discovered their existence this morning while browsing through my e-mails, and although I haven’t had time to listen to the entire album, I did make one run through three songs they’ve put up on YouTube: “Among the Ruins of the Past”, “Black Death”, and “Black Star”.

The stock-in-trade of Nocturnal Witch is hellish black thrash — nothing fancy, but highly satisfying if you’re looking for ripping holocaustal riffs, sulfurous vocals, and skull-drilling melodies. This is primal, rampaging viciousness that sends a big electric jolt straight to the brainstem.