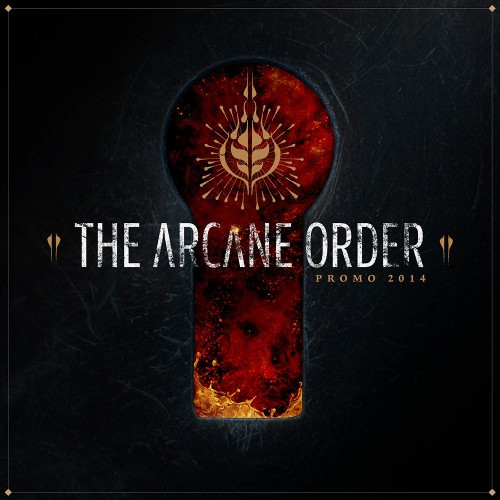 You guys may remember that a ways back I did a week-long series on quality, under-the-radar melodic death metal bands via reviews of select albums.  One of the bands I wrote about was Denmark’s The Arcane Order, a group for whom I really haven’t adequately expressed my enthusiasm on this site.  These guys are melodic death metal of the most imperial strain — bombastic, titanic, with blackened ice and symphonic typhoon wind.

The Arcane Order have been MIA for some time now.  Their last album, In the Wake of Collisions, came out way back in 2008.  I’ve followed them eagerly nonetheless, especially when they started talk of writing a new album last year and have since actually begun working on a new record.  To whet peoples appetites, I suppose, the band decided to debut two new songs just to let people know how things are coming along.

If these two songs are any indicator of the album’s overall quality, whether or not they are on the album, it’s for sure that the album will be my melodic death metal pick of the year.

The two songs, “Aphelion” and “The Constant Throne”, are two different beasts but equally hit the listener with sprays of battery acid and rounds of blunt force trauma.

“Aphelion” is a ballad-paced, piston-driven jackhammer that will make you feel like you’re being inundated by a slo-mo tidal wave.  The tremolo-picked, resonant riffing and sinister ballroom dance melodies make its seven-plus-minute duration hypnotizing.   “The Constant Throne” is a blackened assault full of lush guitar and synth layers, with some gorgeous, epic, and biting melodies to match.

I’m so pumped to see what the next record is like.  Enjoy these tunes with me.