Today Vinterbris unveiled a wonderful music video for another new song, “Dysphoria”, which fittingly features Kim Holm’s creation of artwork for the songs on the album. As the band have explained, nothing in this video is sped up or otherwise altered.

The first time I watched the video, I confess that I didn’t pay full attention to the music because I was so interested in watching the way Kim Holm works, which is fascinating. But the music is very good — deeply melodic and engaging, beginning and ending with a vibrant acoustic introduction that put me in mind of the forests that Holm happened to be drawing near the song’s start, and quickening the pulse with blasting drums, scraping vocals, rippling guitar notes, and jagged riffing in between.

It may have been because I had just finished listening to Agalloch’s “Plateau of the Ages’ from their new album, but I found myself thinking of that band as I listened to this song — which from me is high praise.

Solace will be released by Nordavind Records on June 16. Facebook links for Vinterbris and Kim Holm are below, along with the video. 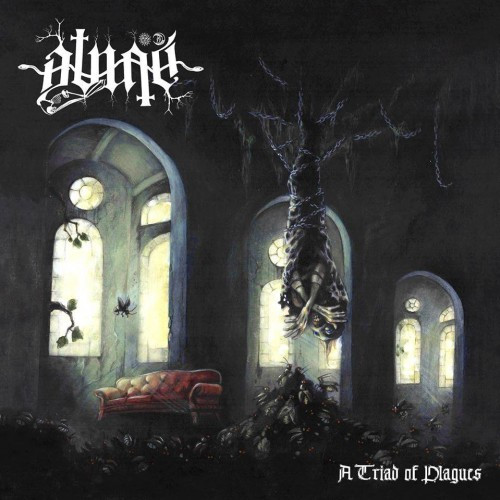 Last Friday DECIBEL premiered a song from the new 7″ EP by Britain’s Binah, A Triad of Plagues, and I caught up with the song yesterday. In the meantime, Dark Descent (one of the two labels who is distributing the vinyl) uploaded the entire EP to Bandcamp. So instead of writing about just one song, I’m now writing about all three: “Rupture of Silence” and “Hempiteran Maraud” on the A side, and “Torpid Blight of the Spirit” on the B side.

The three songs are thematically linked, each exploring the subject of plagues from a different perspective. The first two, which are assembled as a single track on Bandcamp, turn out to make a perfect companion to that Miasmal album stream we premiered this morning. They’re hard-charging, d-beat-driven, chainsaw death metal, with ripping riffs, wild skittering solos, malevolent melodies, and vocals that sound like a pack of enraged mastiffs.

“Torpid Blight of the Spirit” is old school death metal of a slightly different bent. It’s more mid-paced than the A-side tracks, but more likely to give you sore-neck syndrome — a mix of infectiously tumbling drums and massive freight-train chugging, along with groaning, dirge-like passages infected with a plague-stricken melody that feels like the low overhang of disease and doom.

The vinyl can be ordered from Dark Descent here and Me Saco Un Ojo (UK) here. The digital version is downloadable on Bandcamp here.  This is A Triad of Plagues: 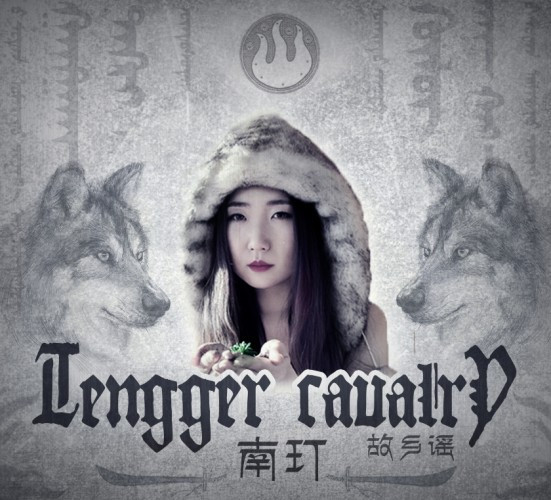 I’ve made no secret of my affection for this Chinese band and their Mongolian-themed metal, and it’s pretty clear that many of our readers are fans, too. So I pretty much decided to feature the band’s new single, “Homeland Song”, even before hearing it.

Your first clue that “Homeland Song” is a change of pace for the band is staring out at you from the cover art:  The woman isn’t just there for adornment; she is Mongolian folk singer NanDing and her voice features prominently on the new song, which is a slow ballad rather than the band’s usual gallop across the grasslands. But her voice is beautiful, and so is the song.