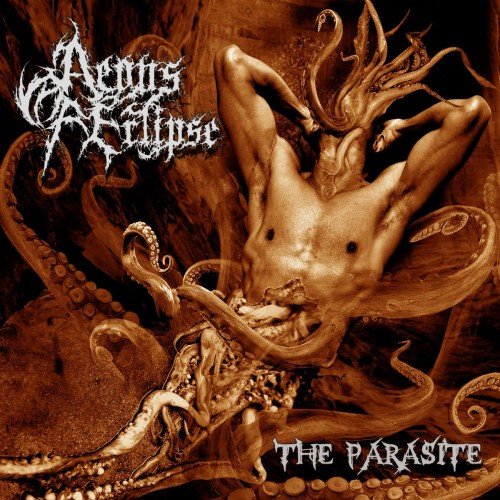 (Austin Weber puts the spotlight on a big load of 2013 (and 2012) releases that he feels were overlooked.  This is Part 3 of a four-part piece; we’ll have the final part tomorrow.)

How I missed out on this killer death/black metal band from my home state of Kentucky is beyond me. As I found out, Aeons Of Eclipse is unfortunately now broken up, and The Parasite was released after they broke up, but it’s a damn fine statement.

The Parasite walks a fine line between old school influence and modern complexity without devolving into lead guitar overload all the time. Aeons of Eclipse find a solid balance between dark, furious riffing, smooth fitting melodies, and brutality without boring you. This is one of those highly consistent from start to finish albums that beg to be bought and replayed while headbanging relentlessly. 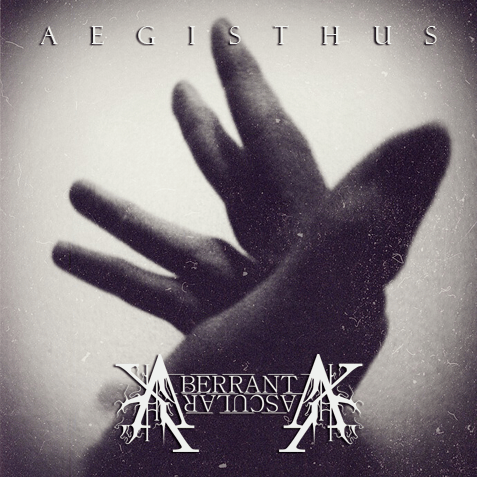 The Helsinki, Finland, natives behind Aberrant Vascular must live very strange lives because their widely unknown brilliant album from 2012, Aegisthus, seems to exist in its own world outside of normal civilization —
the total culmination of weird experiences and odd perspectives uniting into a gloriously adventurous and operatic metal listening experience. By “operatic”, I mean: Their vocalist is an opera singer and very damn good, and the whole album is heavily orchestral and symphonic.

Their music is highly avante-garde and stoically strange which plays a big role in separating this from the pack. Their songwriting is very non-linear and oddball, but it all works and it’s very interesting to hear how their songs unfold and the places they go. It also doesn’t hurt that the whole album can be streamed at their site, where it can be downloaded for free. 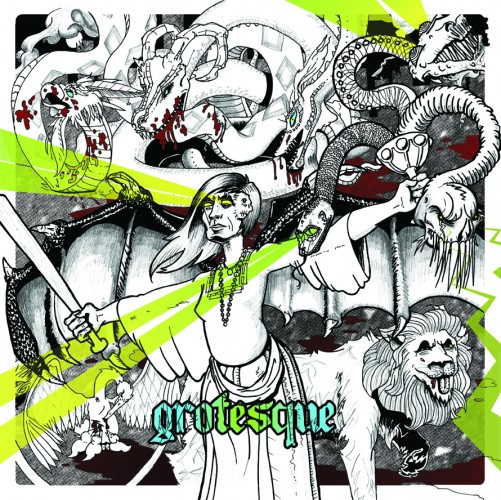 As usual, scanning the postings of bands and members of bands on Facebook continues to yield some interesting discoveries for me lately. This very process led me to San Diego natives TrashAxis, an act whose music is so maddening that I started laughing due to how bafflingly weird it was when I first heard it. Grotesque is wonky, warped music cutting up folk/gypsy with crust, rock, thrash, classical, and death metal into a carnival of confusion and creativity, structured and stacked in a truly experimental way that comes across like Mr. Bungle meets Unexpect, but played by punk rockers.

Grotesque delivers brilliantly flowing compositions that revel in oddness, delivering a strange ballet that never feels disjointed. TrashAxis call themselves an experimental metal band, and that’s probably the best description for it, especially when you consider that although you may hear instruments such as accordion, keyboards, glockenspiel, and saxophone in metal recordings, rarely are they full members in the band. It just so happens that TrashAxis has full members for all those instruments and their contributions do much to form the uniqueness of the sound. I only very recently found this band, but I can confidently say I’m hooked on Grotesque and I urge you to give it a listen. 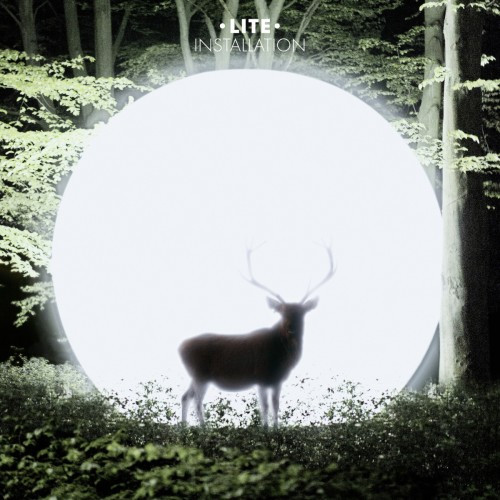 Lite are a Japanese math-rock group that are so damn good; thank you to Ivan Duran of Hybrid for tipping me off to them. Again, I could be totally under a rock for not having known of this band, and shame on me, but I figured I would share them for anyone else who hadn’t heard of them either, because Google does not show many reviews for their album from last year, Installation.

They have a bit of electronica and jazz influence in the mix, and the music varies from absurdly complex and technical to smooth and relaxed. Tracks such as “Echolocation” showcase a beautiful subdued synergy between syncopated rhythms and colliding piano. As a whole, it drips a hypnotic nectar like perfectly placed raindrops. Installation is a sublime, refined masterpiece, and often it’s quite catchy.