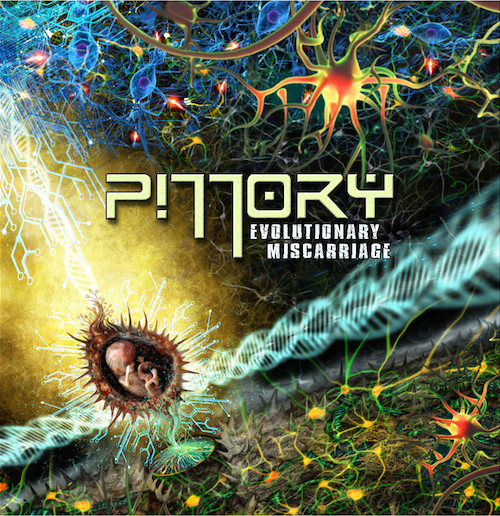 Boston’s Pillory will soon be releasing their second album Evolutionary Miscarriage via the Unique Leader label. If you’re familiar with other bands on the Unique Leader roster, then you’ll probably be able to make a good guess about the particular type of mayhem that Pillory deliver, but we’re going to remove the guesswork by premiering a stream of the new album’s second track, “Mass Enmity”.

If you aren’t intrigued by the instrumental introduction, I’ll be surprised, because it’s very enticing. But the song just grows more and more interesting, the kind of music that simultaneously activates the reptile part of the brain while engrossing the higher faculties as well. Parts of the track sound like a conflict raging on some futuristic battlefield. Parts of it surf on cosmic space lanes. Other parts sound like the soundtrack to the work of a big mainframe solving an immensely complex mathematical formula.

It’s technically demanding death metal performed at a high level of skill, but the band aren’t one of those who try to see how many notes they can throw at you per second. This is very heavy, dark, menacing music that’s unpredictable and experimental, but will still let you get your groove on. And the vocals, by the way, are downright voracious.

Evolutionary Miscarriage is scheduled for release on June 10. Stream “Mass Enmity” below.