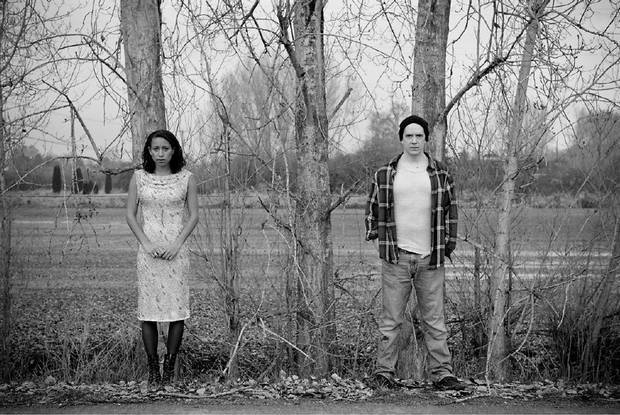 When our man Andy Synn reviewed Casualties of Cool, the new album by Devin Townsend and Ché Aimee Dorval, he called the music “Canadian Space Country”. I thought that was a clever turn of phrase, but also an apt description of the songs. And when he came to the album’s second track, “Mountaintop”, he wrote that it generated an “earthy, alien-country vibe”, the “ghostly strumming and phantom background radiation conjuring a series of strange, synchestrated visions out of simple sound and silence”. Only today did I realize that “synchestrated” isn’t in the dictionary. But it too somehow sounds… apt.

And I’m thinking about “Mountaintop” because today the UK’s Independent premiered an animated video for the song. The artwork is by Jessica Cope, who also created the fantastic video for Steven Wilson’s “The Raven That Refused To Sing” (which you should watch here if you haven’t already). Here’s the description from the Independent: “It follows the story of a traveller who is lured to a sentient planet which feeds off of the fears of its inhabitants. He finds solace in old objects he finds there, including a vintage radio and a phonograph, and eventually confronts his fears. In turn, his actions free a woman trapped inside the planet.”

That’s not how I would have described what happens, but see for yourself.  It’s very cool.

2 Responses to “A NEW ANIMATED VIDEO FROM “CASUALTIES OF COOL”: DEVIN TOWNSEND AND CHÉ AIMEE DORVAL REACH THE MOUNTAINTOP”