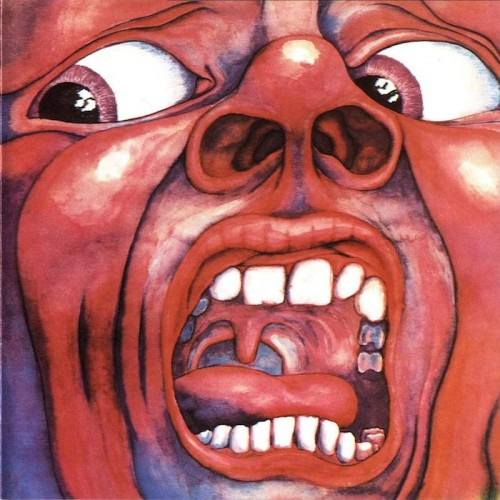 The last time King Crimson mounted a tour was in 2008, and I’m sure many people thought that would be the last reunion (and the last hurrah). But founder Robert Fripp has decided to do it at least once again. He has assembled a new King Crimson roster for a group of select U.S. dates this coming September and October, starting in Albany, NY, and finishing in Seattle (be still my beating heart!).

This time, Fripp has assembled three (!) drummers — Gavin Harrison, Bill Rieflin, and Pat Mastelotto — and a bassist-singer (Tony Levin) in what Fripp has called the “front line”. And in the “back line” will be two guitarists (Fripp and Jakko Jakszyk) and a flutist-saxophonist (Mel Collins). This should be… interesting, to say the least.

I would guess that many metalheads still do not know the name King Crimson, though their influence on both prog rock and progressive/experimental metal has been profound. Listening to the album whose cover appears at the top of this post (In the Court of the Crimson King) decades ago was definitely a life-changing experience for me as a fan. I’m not exaggerating. And I can’t wait for this tour.

And now here’s the original version of the oft-covered “21st Century Schizoid Man” plus a complete live set from 1982.