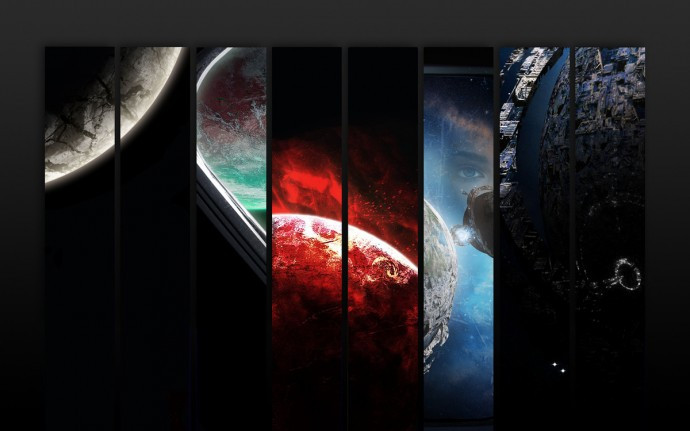 (In this post DGR reviews the new single by Chicago’s Mechina.)

I feel like I’ve been spending a lot of time musically in Illinois lately, between (hopefully) getting a review done for Cimmerian’s January release Hollowing at some point (short version; listen to it, great album that plays in the same realm as Insomnium, Be’lakor, and Omnium Gatherum), and then Chicago in particular with the Watch_Dogs videogame, which has the city down in spirit but not so much in actual layout (a problem I’ve also run into with Infamous and Seattle, and Driver in San Francisco), and Warforged’s EP Essence Of The Land (which hit earlier this year and is still on pretty constant rotation as well). And now Mechina call me back again with another new song, a twelve and a half minute precursor — after the group’s already stellar January release Xenon.

The group’s new song “To Coexist Is To Surrender” is apparently the whole ignition point for the series of albums that have previously been released, all tied into one grand and overarching story — though I will fully own up to having no idea where it is at now, as I was initially operating off of old information when I penned my Xenon review.

However, “To Coexist Is To Surrender” continues the Mechina trend of making their long songs absolutely awesome, and this one in particular provides them with an epic. Not only does the song include narration, radio broadcasts, and extended instrumental sections, it also includes multiple vocalists and an intense and passionate closing section provided by longtime co-conspirator and solo singing artist Mel Rose.

The song should be comfortably familiar to anyone who has experience with Xenon and Empyrean, as the production styles are similar, but the song begins as a blast furnace of death metal for about eight minutes — much in the same way their previous solo track “Cepheus” did — before calming itself down and taking on a quiet, mournful tone during the final destruction of the battlefield that the song describes. It’s a twelve-minute roar that is calmed only by the devastation and quiet that an empty battlefield offers.

This single serves as an excellent send-off/stopping-point for the group’s current set of discs and the fiction that binds them together. It’s odd to say that, because chronologically this one serves as the beginning, but it has been amazing to watch this band mature into the current sound. They’re one of the best groups that few people are talking about out there right now, able to add clean singing without it feeling superfluous and tacked on, and able to move within multiple realms of metal, all with one hell of a wizard at symphonic programming as the foundation for the music.

I have no idea what Mechina have planned for the future — whether they plan to stick to their yearly release schedule or if the next series of discs will be tied into their now epic sci-fi story in any form — but this song is easily worth the dollar they are asking, and if you haven’t done so yet, find yourselves a copy of Xenon and Empyrean, and check out the songs “Andromeda” and “Cepheus” as well. They’re all completely worth the time and effort.

2 Responses to “SHORT BUT SWEET: MECHINA — “TO COEXIST IS TO SURRENDER””