With that confession, I will say that the first advance track from that new album is… brilliant. The song is “Chase the Grain” and it premiered at Stereogum yesterday. Even before hearing it, I was already in agreement with Stereogum writer Michael Nelson’s pronouncement that Panopticon’s Austin Lunn “is one of the few genuine visionaries in American black metal”. If you need more proof, listen to “Chase the Grain”.

The music is multi-faceted and multi-textured, layered with many sounds and styles, including what sounds like a dobro, a flute (or recorder), and the sweeping power of an orchestra. It’s heavy as a coal train and rumbles with considerable force, yet the guitar leads (both acoustic and electric) and the melody of the wind instrument are mesmerizing. The percussion is stunning all by itself.

There are black metal tropes in this song, to be sure, but this music really is in a space all its own.

Roads To the North is due for release on August 1 by Bindrune Recordings and Nordvis. Pre-orders will be available soon. Listen to “Chase the Grain” HERE. 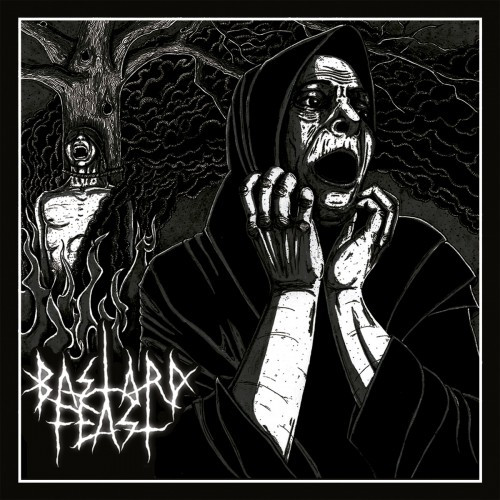 Now for something not quite as “hot off the presses” as that last song. This next one is a track named “Bloated City” from Portland, Oregon’s Bastard Feast. It comes from the band’s new album Osculum Infame (which will be released by Season of Mist in July) and it premiered at Terrorizer on May 27.

I reviewed the band’s debut album, Fear In A Handful of Dust, in 2012 — back when the band were calling themselves Elitist. I re-read that review last night, and I have to say that it’s one of my more entertaining efforts, which is to say that I didn’t fall asleep before reaching the end of it. Having been really enamored of that first album, I’ve started getting slobbery over the thought of a second one. The new song, “Bloated City”, just increases the saliva flow.

It’s a rampaging devil-hybrid of crust, sludge, and black metal, destructive and propelled by a blazing fury but with some very impressive instrumental work by all concerned — and the vocals are so venomous and unhinged that you may want to duck and cover to avoid the acid burn.

The song is only 2:15 long, but it still twists and turns so much that you’ll need multiple listens to take it all in. Really fuckin’ good!

A couple of weeks ago I gleefully announced that Hells Headbangers would be releasing Midnight’s new album No Mercy for Mayhem on August 19 and featured the first advance track, which is up on Bandcamp as part of a Hells Headbangers compilation. Yesterday Noisey premiered a second track, “Evil Like A Knife”.

It’s just one more example of this band’s genius for writing massively hook-y riffs, compulsively repeatable lyrics, and boiling solos — and somehow shrouding all of it in the smoky aura of Hell’s lowest dive bar.

I can’t embed the new song, so venture to this place for a listen. 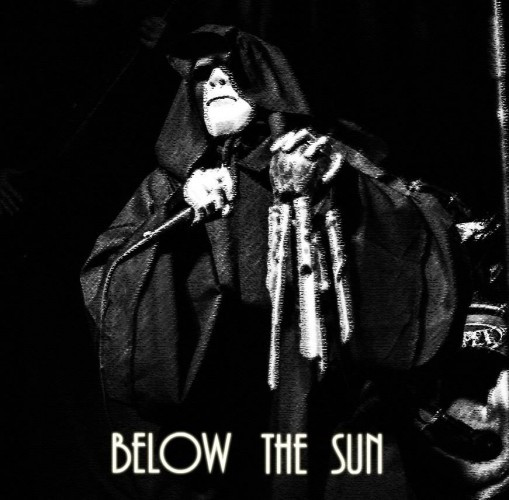 I have my friend B from the Siberian funeral doom band Station Dyshthymia to thank for this next discovery. It’s a track from a forthcoming album by another Siberian band named Below the Sun, from Krasnoyarsk. The song’s name is “Cries of Dying Stars”, and the music is as epic as the name suggests.

Although the band’s Facebook page identifies a vocalist in the line-up, this track is an instrumental piece, and although the same page describes them as a funeral drone/doom band, this song sounds more like post-metal to me. But let’s just forget about the labels, and focus on the sounds.

Actually, the imagery in the following video has something to do how I feel about the music — you’ll see what I mean. But even if you ignore the sights and simply listen to the music, I think you’ll be transported by the combination of rippling, ethereal guitar melody and the titanic low-end power of the rhythm section, and by the deft interweaving of meditative moments and transcendent crescendos. What a great discovery. Want more! 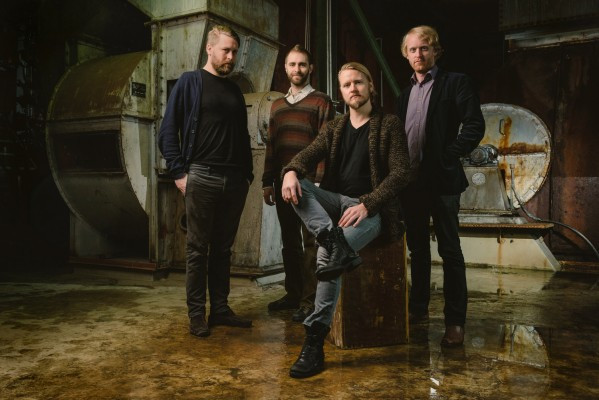 Now for an Exception to our Rule (not only because the singing is clean but also because the music isn’t metal — except it’s metal, if you know what I mean.)

Árstíðir are an indie-folk band from Iceland. They’ve released two albums and two EPs. In the following video, they sing a 13th century Icelandic hymn named “Heyr himna smiður”, a cappella, at a train station in Wuppertal, Germany. The video was shot by their PR manager after they had played at a concert venue inside the train station.

The video has been on YouTube since September 2013, but for some reason it has been popping up on the FB page of some metal friends of mine recently, and that’s how I discovered it. It’s so beautiful and so impressive that I got the chills watching and listening to it. I can’t imagine what it must have been like to walk into that space looking for a train, not knowing what was about to happen.

14 Responses to “SEEN AND HEARD: PANOPTICON, BASTARD FEAST, MIDNIGHT, BELOW THE SUN, ÁRSTÍÐIR”