Hey motherfuckers, what up? (I feel I can call you a motherfucker because this is a metal blog and about half the metal bands I’ve seen on stage call me and everyone else in the audience a motherfucker at least a dozen times per set.) I’ll tell you what up with me.

I’m not watching the World Cup, because if I wanted to watch dudes run around for 90 minutes trying to score, I’d rather go to a bar. (I read that on the internet.) Or I’d go outside and set an ant bed on fire (they’d run around faster, though no more intelligibly, and it would all be over sooner). What I’ve been doing is crawling through the interhole finding things to write about on a Saturday morning. In particular, these things:

I saw the recent news that this Norwegian band have prepared a new album named From the Abyss They Rise and have signed with Non Serviam Records for its release on August 11. In fact, it’s already available for pre-order (here). From what I read, it appears the album will be a compilation, beginning with an EP’s worth of new songs and ending with music from their first demo. This is their first work in four years, and based on what they’ve done before, it should be worth checking out.

But the main reason I’m featuring the news today is because of the cover art (above), which is quite cool. The announcement failed to identify the artist. My comrade Andy Synn thinks it looks like the work of the same artist who did the cover for Dødsverk, the 2014 album by Horizon Ablaze (see it here).

Aided by that suggestion, I did some research. Kjell Åge Meland created the cover for Dødsverk, and he has made art for Pantheon I before, and Pantheon I shares two members with Horizon Ablaze — so it seems plausible that Kjell Åge Meland is responsible for this new cover.

I’m sure we will post more news about this record as we come across it. Here’s a link to the band’s FB page: 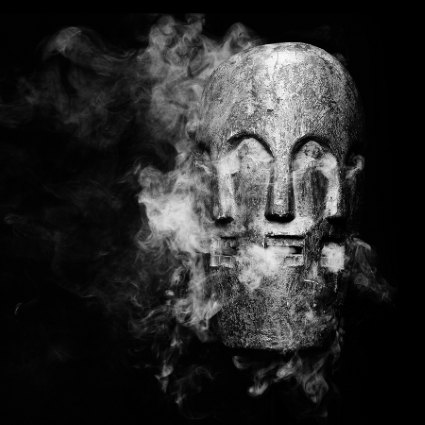 Speaking of compilation albums by good black metal bands with cool cover art, NCS supporter Utmu linked me to the news that New York’s Imperial Triumphant have signed with code666 for the release of a digipack CD and limited-edition white vinyl named Shrine To the Trident Throne. It collects the band’s last two releases, Goliath (reviewed here) and Abominamentvm, into a single physical release. It can be ordered at this location, if you’re into physical things. And if you’re not, code666 plans a digital release, too — or you can get them separately on Bandcamp (here). I’m going to put the music streams below.

And in other news about this band, they’re now recording a new full-length named Abyssal Gods which will also be released by code666. We’ll be keeping our eyes open for that one. 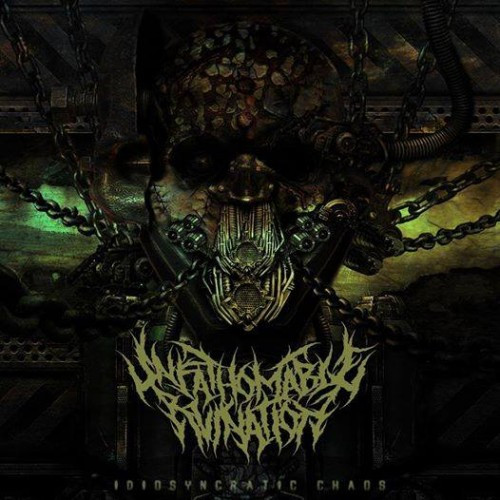 I have Utmu to thank for a tip about this next item as well. Unfathomable Ruination are a UK band I’ve written about on four separate occasions since 2012 (collected here). They’ve recorded a new two-song EP named Idiosyncratic Chaos that’s set for release by Sevared Records on July 1 (both CD and vinyl). The band released a play-through music video for the title track last month that I missed, but watched this morning.

Prepare yourselves for a hurricane of slavering voraciousness and merciless death metal brutality. It’s a high-speed, fret-burning, skins-blasting romp that will flood your nervous system with adrenaline. My only disappointment in the video is that it appears the music is actually being performed by human beings instead of club- and axe-wielding ogres.

The band plan to release a playthrough video for the second song, “Parthenogenocide”, when we reach the release date. I’ll try to be more on top of that one when it comes. 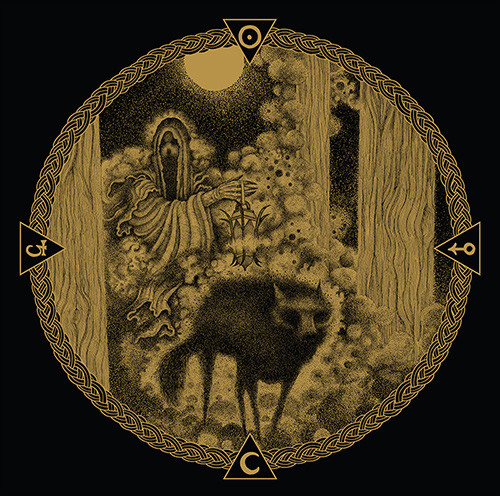 Bastard Sapling are a Richmond, Virginia black metal band whose debut album Dragged From our Restless Trance (2012) I really enjoyed. They’ve recorded a new album named Instinct Is Forever that will be co-released on CD and vinyl this August by Gilead Media and Forcefield Records. Yesterday NPR premiered an 11-minute track from the new album entitled “Lantern At the End of Time”, and man, it’s a step up from even the high quality of the songs on the debut.

It combines a healthy serving of blood-pumping, head-nodding riffs with slow, drifting waves of otherworldly melody and, at the end, a storm of savagery. While Mike Paparo’s feral snarls predictably come for your throat, the big surprise is the guest appearance of Windhand vocalist Dorthia Cottrell, whose clean song brings an ethereal chill to her moments in the music.

The song is an exclusive premiere, so you’ll need to venture to this location to hear it:

Here are other relevant links: 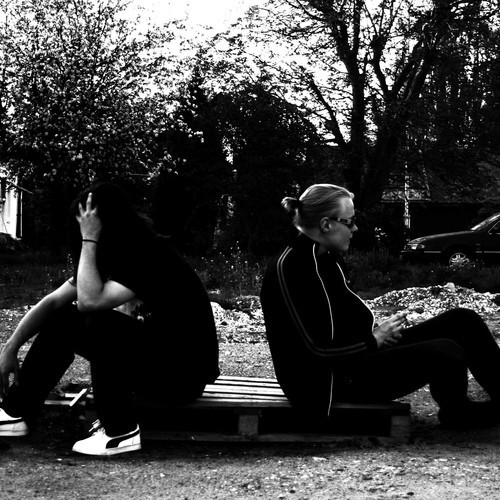 Eskapi are a two-man band from Skåne in southern Sweden, the two men consisting of C.L. and Johan Gabrielson a.k.a 1853 (Vanhelga, ex-lifelover). They’ve recorded a 7-song debut EP with the working title of Region Skåne, and I’ve heard three of the songs that have been released on Soundcloud (where they can be downloaded for free): “Till Dig (När Jag Försvinner)”, “Vargar & Får”, and “Invant Vansinne”.

The songs aren’t metal, but they’ve entranced me. The music is spare but affecting, with spoken-word vocals that give the hypnotic music an edge of peril. Listen below.