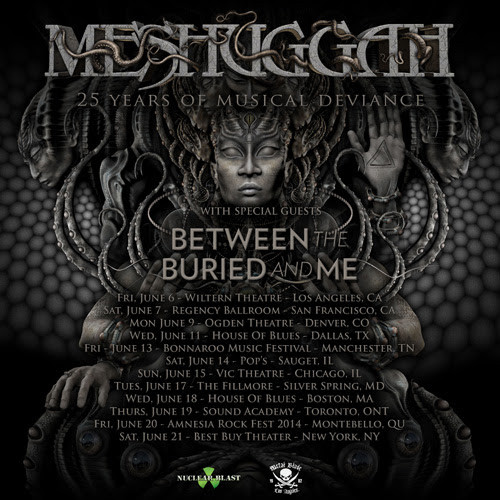 (Guest writer Ben Manzella wrote the following review of the June 6 performances by Meshuggah and Between the Buried and Me in L.A. and took the photos as well.  The delay in posting the review is due entirely to the ineptitude of our pathetic editor.)

A Friday night was upon the metal loyal and ignorant alike in Los Angeles, and to pretty much everyone’s approval Meshuggah was in the building. It was the first date of the 25 Years Of Musical Deviance North American tour, and it was sure to be a night to remember. I had seen Meshuggah on the Obzen tour with Cynic and The Faceless, but I knew this night would have a different “feel” to it.

The whole night there was an atmosphere of coming together. Dino Cazares (Fear Factory) and Chris Broderick (Megadeth) were seated together at a table in the floor area of the Wiltern Theatre, chatting and enjoying a night out seeing some friends; metalheads of all ages wore the uniform sporting the more extreme side of metal, with Morbid Angel, Immortal, etc., emblazoned on their chests, and even some of the so-called”false” metal bands such as Five Finger Death Punch and Disturbed.

No matter your status, age, or even residence (in line for the wristband that allowed attendees to drink, I saw multiple IDs from out of state), we were all there for one purpose: to celebrate Meshuggah’s legacy as they possibly killed anyone with the slightest inkling of epilepsy in their DNA (the lighting for their set was insane!)

On to the music. 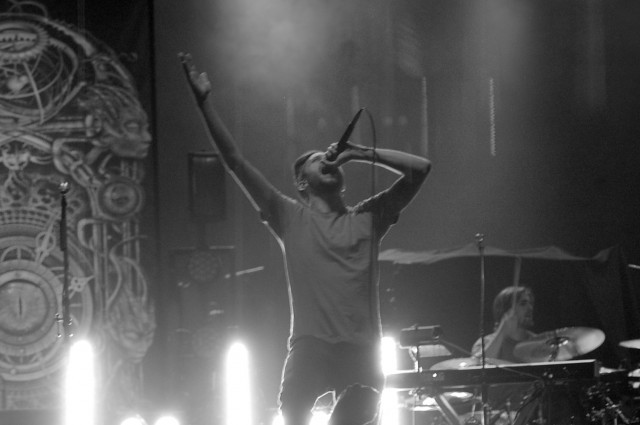 I’m not super-familiar with Between the Buried and Me. I’ve seen them twice previously, and while their musicianship is admirable they have never been my taste. I had been given advance permission to take photos, and we were all told that we would be allowed to shoot for the first three songs of each set. Between the Buried and Me chose to start the night with “White Walls”, a 14-minute mind-bending cluster of riffs and other mind-altering musical manipulation. 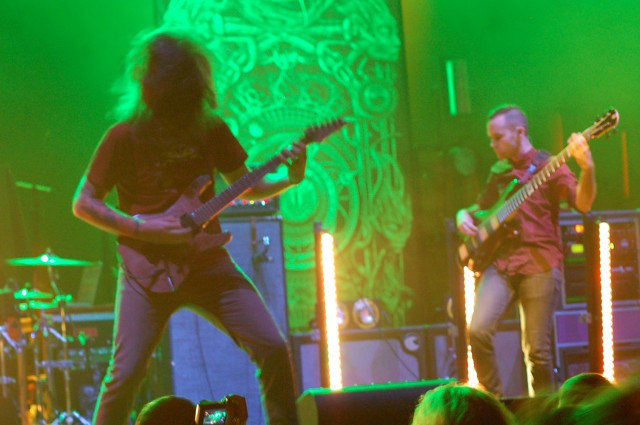 The Live Nation representative working with the photographers seemed to find this particularly irritating, since she never saw them actually stop, so we all essentially shot for one song. No sad thing to me; I took the opportunity to hang out in a bar downstairs and enjoy a bit of Johnnie Walker Black label as I relaxed before Meshuggah. 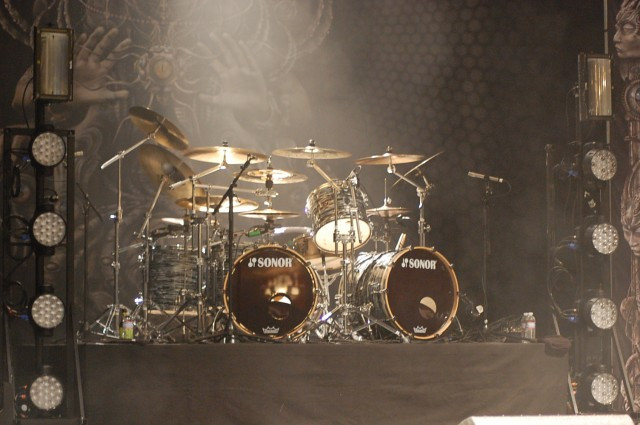 The room was on edge as we waited for Meshuggah. As the lights dimmed around 9:30, suddenly the ultimate purpose of the night was about to be fulfilled. The band took their time in making a dramatic entrance, starting the rabid crowd off with “Future Breed Machine”, and without even a single guitar string plucked, they had the entire theater in the palms of their hands. 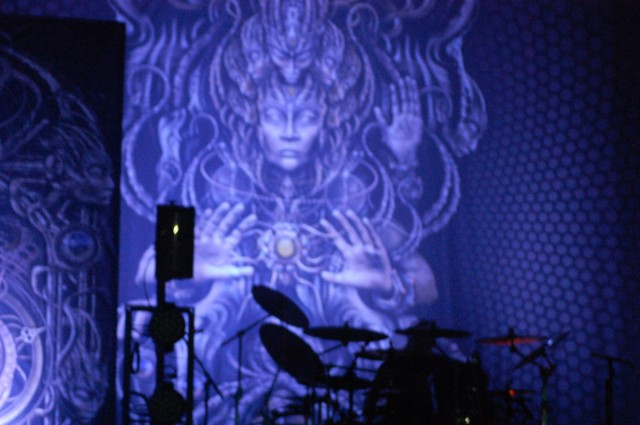 In total, Meshuggah played a 15-song set covering their entire discography. For those who followed the info about the tour from the beginning, you probably recall that a poll was posted on the internet in order to involve the fans in the setlist-making process. While every album was represented, the album most represented still ended being Meshuggah’s most recent — Koloss. Believe me, it didn’t compromise the quality by any means; but I’m sure some fans wished the band had played certain older tracks in place of some of the more recent ones. But what are you going to do? What band hasn’t done an anniversary tour in which some fans have claimed injustice because the band didn’t play their favorite track off the EP that was a 666 pressing? 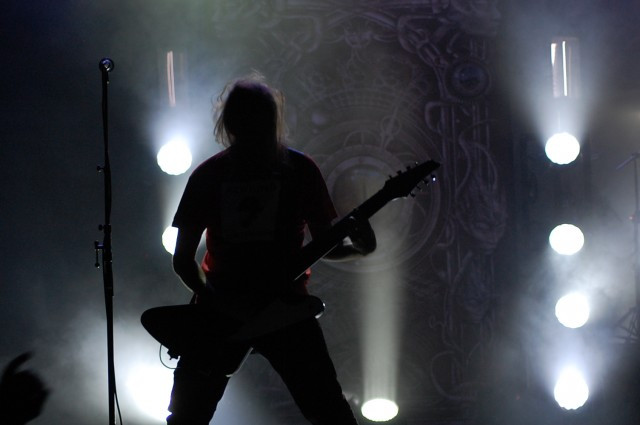 I walked away in awe of the complicated nature of Meshuggah’s music. Some personal highlights were “Future Breed Machine”, “New Millennium Cyanide Christ”, and the “In Death – Is Life In Death – Is Death” piece from Catch 33. The music is extreme, possibly frightening, and really screws with your head; but it is also so amazing to witness and such an honor to see a metal band who still seems ahead of their time celebrating a well-established legacy. May the legend of Meshuggah be firmly cemented in Metal for years to come.

4 Responses to “MESHUGGAH AND BETWEEN THE BURIED AND ME: LIVE IN LOS ANGELES, June 6, 2014”