(Guest contributor Old Man Windbreaker returns to NCS after an extended absence with the following quirky commemoration of this seasonally significant day.)

Anyway, let us get on with it — a review of Wagner, Wagner Reloaded, and Wagner Revolutions. In addition to finding out whether that is a real thing, you will find here enclosed in this non-existent envelope the non-existent answers to the big questions: “Where do we come from?” “What are we?” “Where are we going?” “Will it blend?” {Cue Immortal and their invisible oranges}

Firstly, there is no trilogy of feature films or musical works titled “Wagner”, “Wagner Reloaded”, and “Wagner Revolutions”. We shall be considering only the music recording titled Wagner Reloaded by Apocalyptica with the MDR Symphonic Orchestra, with the corresponding dance performance choreographed by Gregor Seyffert.

Finally, One shall make no further mention of the answers to the big questions, other than to say this: “Yes, it will blend.” 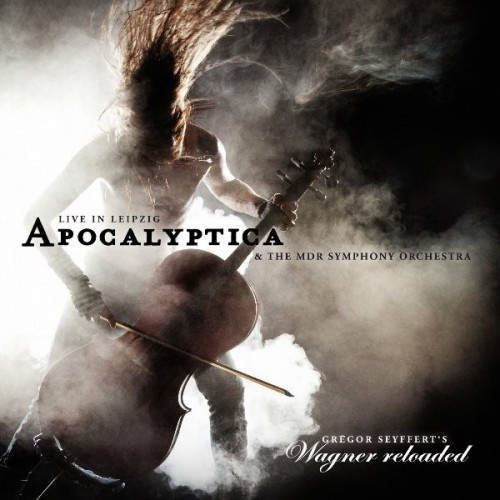 One heard of this recording of a live music performance a few months after its release, and many months after the performance itself. This is a recording of music by Apocalyptica and company at the Leipzig Arena on 5/6 July, 2013, to commemorate the 200th birth anniversary of the music composer Richard Wagner (which was actually over a month before). Evidently, the music here has little to do with Richard Wagner’s works apart from being inspired by them.

One would have liked to write about a few works by Wagner to provide context. But, those works are unbearably long, and One’s writings about them are even more so. For example, a full performance of “Tristan und Isolde” runs to about 4 hours. One wrote about 3000 words about it.

Still, One would like for you to listen to the overture of Tristan und Isolde (Tristan and Isolde). Here it is playing with the opening scene of the 2011 disaster movie Melancholia. [Not-a-Spoiler: Everyone dies at the end of the film. Curiousities in scene: Quicksand-like turf and 19th hole’s flag on a Golf course]

[Editor’s Note: Sadly, YouTube has removed the clip due to a claim of copyright violation.]

http://www.youtube.com/watch?v=-jvplzs8Qqg
Also, here is the overture to Der Fliegende Holländer (The Flying Dutchman), which appears repeatedly during Wagner Reloaded.

As for the influence of Richard Wagner’s works on this performance and others, One defers to The Font of All Human Knowledge:

“Richard Wagner’s compositions, particularly those of his later period, are notable for their complex textures, rich harmonies and orchestration, and the elaborate use of leitmotifs — musical phrases associated with individual characters, places, ideas or plot elements. His advances in musical language, such as extreme chromaticism and quickly shifting tonal centres, greatly influenced the development of classical music. His Tristan und Isolde is sometimes described as marking the start of modern music.” 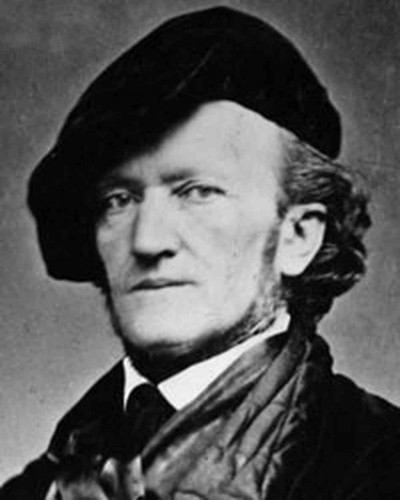 You may already have a grasp on the influence of Richard Wagner’s works, if you have ever paid attention to a film score while watching a drama film. One tends to dislike music that makes One feel like One is listening to a film score or the music from an opera, primarily because the way the music relates to the visuals feels familiar. But, having that feeling saves One from hours upon hours of unintelligible singing with elaborate musical accompaniment, no matter how elegant it may sound. [Although, One is glad to have been reintroduced to the medium of opera by watching a recording of a performance of “Tristan und Isolde” by Richard Wagner.]

Let us now move on to watching and listening to the performance.

The video recording of the performance is far longer than the audio recording available on CD. It would seem that large sections of the performance have been omitted from the CD. Either that, or the recorded music on the CD was performed without the accompanying visuals & dance. Also, the selections of music on the CD seem to be out of order. In any case, watching it rather than just listening to it is a much more interesting experience.

That said, the visuals are not interesting in the sense that they show a compelling story. One still cannot make sense of the story. It doesn’t help that it is interpretive dance rather than an opera performance. The visuals start out fairly tame, showing Richard Wagner’s childhood, tragic first love, and his discovery of music.

We see a character similar in appearance to Richard Wagner but shirtless, who is the personification of his music. Wagner finds his love for music, quite literally, in an intimate scene with this person. He then fights off the musical conservatives of his time alongside his music-person, who espouse simplistic folk-music-like compositions over the grand dramatic musical narratives that Wagner envisions. He eventually finds love again, and has 5 children — in a lovemaking / babymaking scene that is quite risque. [Spoiler alert: Nude-colored pasties…]

Then, it gets weird. His eldest child, his son, slays a dragon which has Apocalyptica inside its head, Wagner’s music controlling it, and gnomes with glowing eyes riding in pockets on its sides. Then there is a trippy scene in which Wagner and his music join the personification of Wagner’s alcoholism — a clown wearing shorts in an oversized goblet of wine. They have some fun times speeding around the stage on rocket-powered beds; and headbanging, arm-windmill-ing, and stomping about to Apocalyptica’s intense music. Wagner gets a lot of money because of his alcoholism (somehow), but eventually dies of a heart attack. His family mourns while celebrating the large fortune he has left behind, and bathe in bathtubs filled with dry ice. [Damn European artists with their unfettered artsy sensibilities…]

Then, a cyborg is pulled on-stage by a crawling man and a black dog, and offers the family greater riches (or something) in exchange for Wagner. This is presumably the personification of the same machine that Rage Against The Machine rage against, except that this is Nazi Germany. Thus, Wagner is lifted out of his grave by puppet strings controlled by the machine, and conducts music with The Holocaust happening in the foreground. Eventually, the machine is shown defeated, and Wagner is freed. He takes the survivors of the Holocaust — two children — down the river of the afterlife with him, on his coffin that is now a gondola. [Yes, One is just as confused as to why he would take the survivors into the afterlife.]

As Wagner takes a final look back at the living world, his music has transformed into the heavy metal version of himself, and stands beside Apocalyptica as they play the final piece of music. A crowd of people wearing plague masks & robes gather on-stage, and proceed to mosh (tamely) and hold up candles in the air, before a large sculpture of Wagner’s head. Oh well. At least the absurdity of the previous scenes led into something comprehensible. 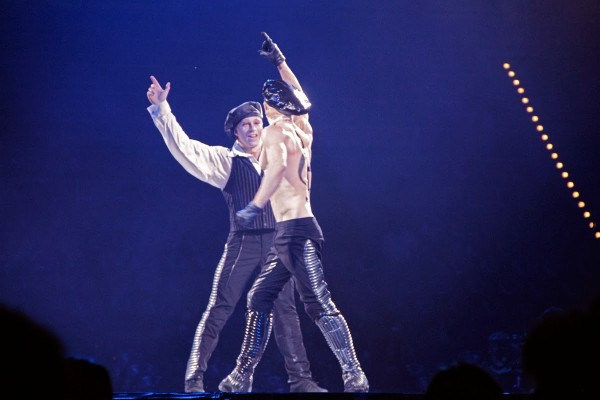 As with Wagner’s works, the music is fairly straightforward and conveys a generally serious intention behind the art. The music changes structure with the mood of the scene. And there are sections of music that repeat throught the performance — the various renditions of “The Flying Dutchman” overture being particularly noticeable.

Unlike Wagner’s works, the various components of this performance are somewhat weak on their own. Though the visuals are memorable, the story is told through often vague and incomprehensible symbolisms. Though the music feels crude compared to traditional acoustic-only orchestra arrangements, it is more accessible. And Apocalyptica’s parts certainly stand out in the soundscape.

As for Apocalyptica’s role in the performance, though it is certainly a move forward for them, the music sounds a little forced, and feels like it is just more of the same music that One is familiar with on their previous albums. But, perhaps that feeling is because the CD has the wrong track order, and because it is a live performance recording. Also, One’s perception of Apocalyptica’s albums is that there are only subtle changes from one to the next, leading One to not recognise them at first. 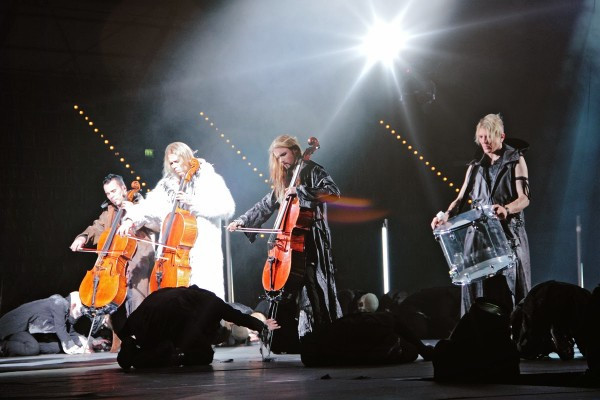 Greetings once again. It is the day of the Northern Solstice of this year. It is also World Music Day, and World Hydrography Day. 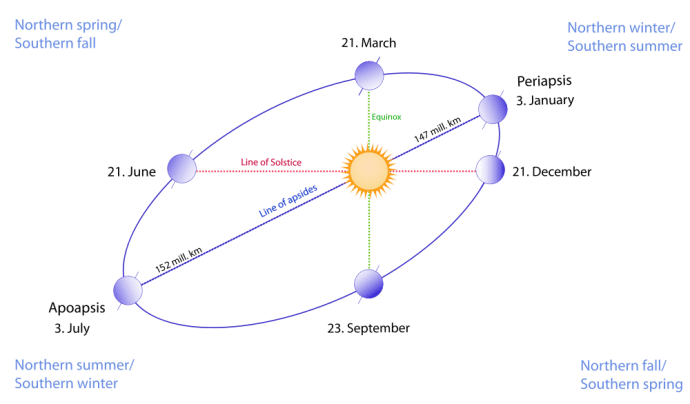 This year’s Northern Solstice occurred at about 2014 June 21, 0950 UTC. One hopes you burnt / will burn something with the power of the sun this day, or to cook some burgers. Shoot some photos of the Sun, if you can, too. If you are in a region from where you cannot observe the solstice, One hopes that you tried / will try to peer through the Earth at the Sun with those X-Ray Glasses that you got in a cereal box, and shot / will shoot photographs of yourself wearing the same.

This day is also World Music Day, or Fête de la Musique as it is called in France, its country of origin. As to why this day was chosen, there does not seem to be any particular reason apart from it being the Summer Solstice. Have a look here. Find a World Music Day event in your town here and go musicking. Alternatively, stay home and annoy the sanity out of your neighbours by playing & listening to loud music with only subsonic and ultrasonic components.

In case you are still reading, One states that One has never listened to any of Arch Enemy‘s albums prior to War Eternal.

Here are some other music-related events that have occured on this day, the 21st of June:
• Columbia Records introduced the Long-Play Record music album format, i.e., the 33 & 1⁄3 rpm microgroove vinyl record, on this day 66 years ago. Go buy that One vinyl album that you have always planned to buy, and proceed to weep because of how expensive it was and because you do not have a turntable. One shall not accompany you in this folly of a quest.

• Mike Einziger, guitarist of the bands Incubus and Time Lapse Consortium, was born on this day 38 years ago. Go watch the music video for the song “Megalomaniac” and remember the horror that is the army of flying ballerina Hitlers.

• Sascha K, the frontman of the band KMFDM, and half-arsedly self-proclaimed father of industrial rock, was born on this day 53 years ago. Go listen to “Juke Joint Jezebel”, the one song by them that you are most likely to remember. Then go watch the 1989 anime film Patlabor, clips from which are used as the music video for the aforementioned song.

• Rebecca Black, the singer of the YouTube hits “Friday” and “Saturday”, was born on this day 17 years ago. Do not listen to, or cause anyone to listen to either of those songs.

• Joey Kramer, the drummer of the band Aerosmith, was born on this day 64 years ago. Without him, there would most likely not have been a band named Aerosmith. One still doesn’t care for Aerosmith or their music.

• Ray Davies, the singer and guitarist of the band The Kinks, was born on this day 70 years ago. If any of you are familiar with the music of The Kinks, you are welcome to make recommendations. 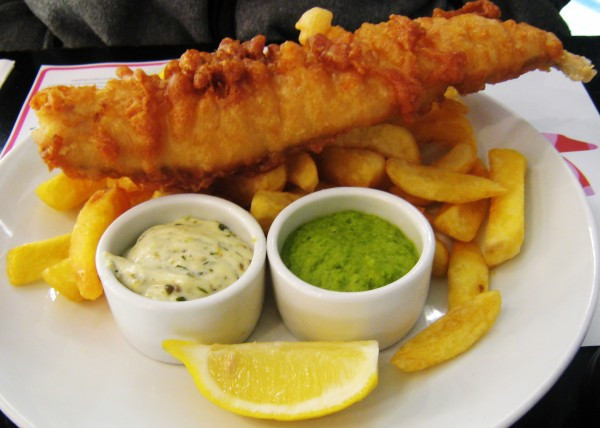